‘Tell Me A Story’: What the cast has to say about its season two premiere Dec. 5

We got to speak with “The Vampire Diaries” star Paul Wesley and more at the red carpet screening of “Tell Me A Story” to learn about the CBS All-Access series' upcoming season. 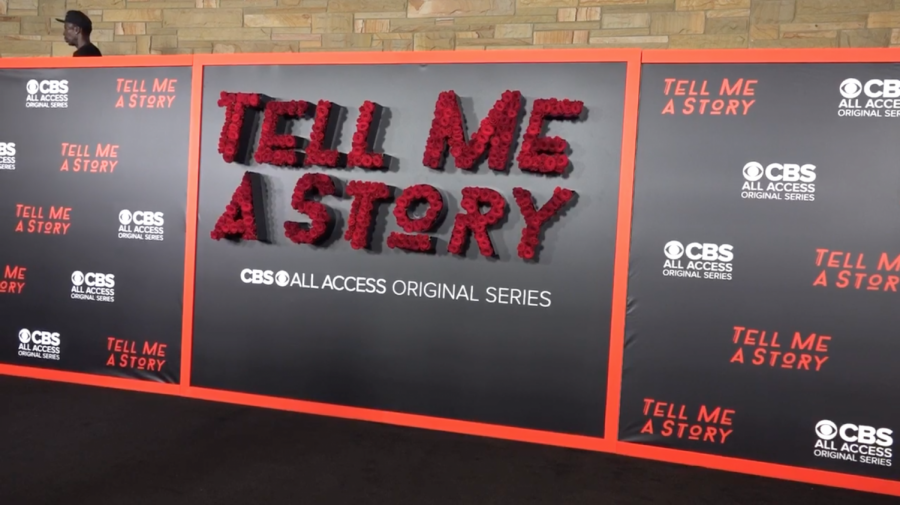 To all psychological thriller fans who are in need of a Thanksgiving binge, we have something in mind for you. “Tell Me a Story” is a CBS All-Access anthology series that takes a dark twist on the classic fairy tales we all know and love. The second season is set to release Dec. 5, featuring “Cinderella,” “Sleeping Beauty” and “Beauty and the Beast.” Creator Kevin Williamson spins the three storylines to incorporate themes of love, lust, greed and murder. Some of Williamson’s most notable works include “The Vampire Diaries,” “Scream” and “Dawson’s Creek,” so be prepared for another gripping show. We caught up with the cast of season two at their red carpet screening at Ford Theatre Nov. 20 to hear about what’s in store for this new season.

We spoke with Paul Wesley, Natalie Alyn Lind, Carrie-Anne Moss and Matt Lauria– all leading characters in the fairy tale spinoff. First, we caught up with Paul Wesley, best known for his role as Stefan in the hit CW show “The Vampire Diaries.”

PW: My season one character was a mess from the outside but kind of had a good heart on the inside. My character in season two is polished on the outside, at least in the beginning,

but he’s quite dark on the inside, so it’s kind of a polar opposite. Even though my season one character did some bad things and had a lot of issues, season two characters are much more complex and much more sinister. My character’s much more secretive and complicit, which is really challenging to play because he has a lot of secrets and is hiding a million things from his family. It was tricky to try to empathize with a character like that, actually.

PW: I’m going to say yes, but it just has to be a good scary movie. “The Shining” is one of my favorite films. I love Stanley Kubrick’s films.

Next up, we talked to Natalie Alyn Lind, who has a lead part in the “Beauty and the Beast” storyline. She is best known for her performance in “The Goldbergs” and “The Gifted” but has also appeared in “Wizards of Waverly Place” and “One Tree Hill.”

VH: How does being a Nashville influence the plot of the story?

NL: I feel like the city of a show has its own character. The first season took place in New York, and that was such a big part of the show. For this season, my character’s a country music star, so I mean it really means everything. Especially being here and meeting other country stars in the process who inspire me to do better, hopefully I’ll just put more into it.

VH: What should viewers expect to see this season?

NL: A lot of blood and a lot of scary stuff. It’s extremely thrilling, and it’s one of those shows that, because there’s so much heart in it, you’re just kind of uncomfortable the entire time because you end up really liking these characters and don’t want to hurt them in the show.

We also had the opportunity to speak with Matt Lauria, star of “Friday Night Lights,” about his role in the show.

VH: What storyline are you in what character do you play?

ML: I’m in the Cinderella storyline. There are elements of our storyline that are a little bit more in the proximity of the Cinderella storyline that we all know and love. Some of the other storylines are a much darker, sort of, slanted version of that story. I think ours is somewhat more faithful than some of the others, but it has the same danger and action and thrill ride that the other ones have.

VH: What should viewers expect to see in this season?

ML: I think we’ll see more of what they established in the first season, which was psychological complicated relationships. There’s a thriller tone to it, which is really exciting. A lot of times when I’m getting the scripts, I’m kind of on the edge of my seat to see what is going to happen next because we don’t always know.

Carrie-Anne Moss explained why viewers should be excited for this season in particular. She is most known for her role in “The Matrix,” but in this series she ties the seasons together by playing a mother of one of the characters in each storyline.

VH: If you could tell people who haven’t seen “Tell Me a Story” why they should watch the show, what would you say?

CM: I think the storyline is intriguing.The characters are going to be really great and interesting to follow, and hopefully the story will grab them and they’ll just want to keep watching.

You can watch the second season of “Tell Me a Story” on CBS All-Access Dec. 5.