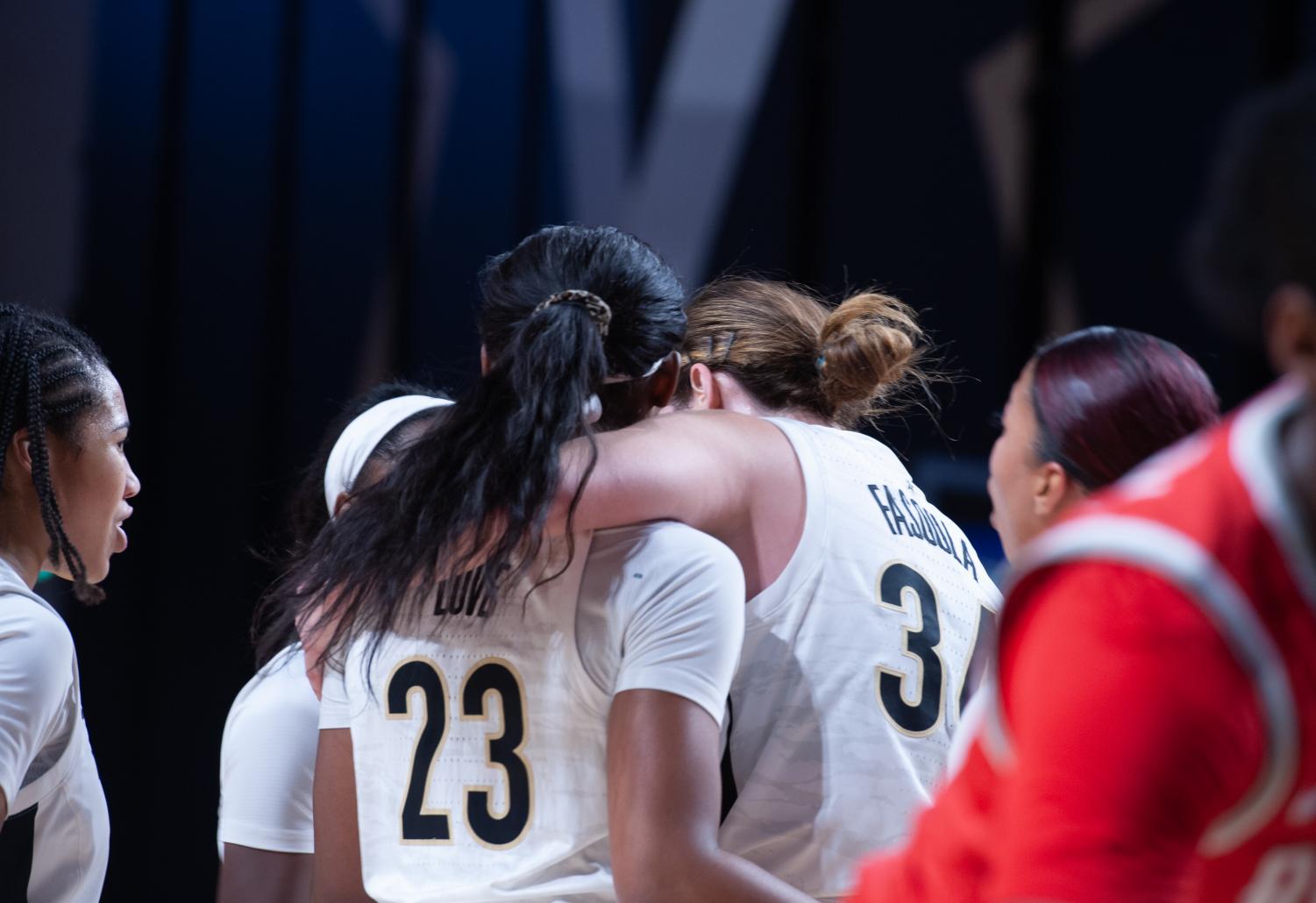 For the Love of the game

When she was in third grade, Koi Love picked up a basketball for the first time in a pick-up game with a bunch of boys. From that moment on, she fell in love with the game and the self-proclaimed “prissy cheerleader” turned into a hard-working, star basketball player.

“If I’m going to do something, I got to be the greatest at it,” Love says of her mentality once she started playing basketball. “I’m trying to be the best at whatever I do.”

Having someone with Love’s winning pedigree brings a new outlook Commodore team that has a record of 28-63 over the past three seasons. She understands what it takes to win consistently.

“Winning is hard,” Love says. “Winning is a lot of hard work. I’ve played for two different high schools that won state championships and it was hard at both. No matter how good you are, you have to know that from day one, every day you come on the court you have to work and get better at something. Just knowing that, I try to bring that to the team and bring that same energy and effort everyday.”

“He taught me so much,” Love says of Swaby. “He broke me down in a lot of areas and took me outside of my comfort zone. He took me beyond my athleticism and just really taught me how to think the game more.”

Even after being part of two previous state championships, Love still had more to learn about winning when she arrived at Miami Country Day School. 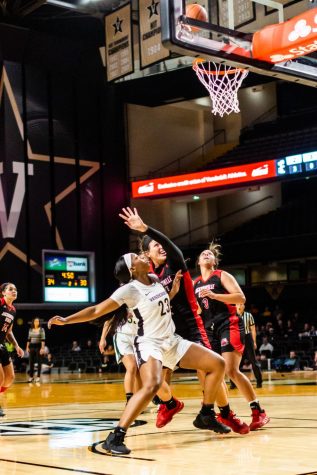 Love (23) boxes out two players for a rebound in Vanderbilt’s opening night victory over Jacksonville State.

“I think Koi wanted to come in [to Miami Country Day School] and assert herself and maybe try to do a little too much,” Swaby says. “But her senior year, when we achieved the number one ranking in the country, she really shared the responsibility and just did whatever it took. I would go to her personally a lot of times before games and tell her what I needed, whether it would be a little more assertion offensively or whether it was a little more presence on the glass, and she was willing to do whatever it took to win.”

Apart from her winning pedigree, what makes Love stand out is her work ethic.

“She was in the gym every day,” Swaby says. “I don’t want to say it was annoying, but, in my mind I’m thinking like, ‘Kid get some rest, sleep in, take a day off and get your body healed up.’ I just remember at times being a little bit annoyed by that but having a great deal of respect for the willingness she had to, day in and day out, be there and put in the extra work.”

It is because of this dedication to her craft that Swaby has zero doubts that Love will succeed at Vanderbilt.

“I’ve had a lot of kids with talent who go to college and they relax,” Swaby says. “They don’t work to the level that got them to the point to where they were recruited by their schools. They feel like they’ve arrived. I don’t think Koi will ever feel like she’s arrived because she has goals of playing beyond college and she’s driven to achieve those goals.”

Love’s Vanderbilt career is off to a solid start as well. Through the first two games of the season, she is averaging 11.5 points and 5.5 rebounds. In the season opener, Love notched her first collegiate double-double, which was a staple of hers throughout her high school career. According to Swaby, Love’s knack for grabbing rebounds has been evident since she was in eighth grade, when his team played hers when she was still at Lake Highland Prep and she was a force on the glass all game.

Coach White has seen Love’s ability and potential first-hand in the recent months and has been impressed with her freshman wing.

“The thing I like the most is her pace; she doesn’t get too rushed,” White says. “Her pace reminds me of [former WNBA all-star] Chamique Holdsclaw. Her pace allows her to really read the defense, and it allows her to take advantage of shot fakes.”

Holdsclaw, a former number one overall pick in the WNBA draft, starred at the University of Tennessee, where she won the Naismith College Player of the Year twice. White’s comparison of Love to someone of Holdsclaw’s basketball stature shows just how highly she thinks of Love’s potential ceiling during her time at Vanderbilt.

2 Responses to “For the Love of the game”