Commodore Brunch Week Eight: Back to the drawing board

In a must-win game coming off a major upset and an all-important bye week, the Vanderbilt Commodores laid an egg, and nobody was surprised by it. 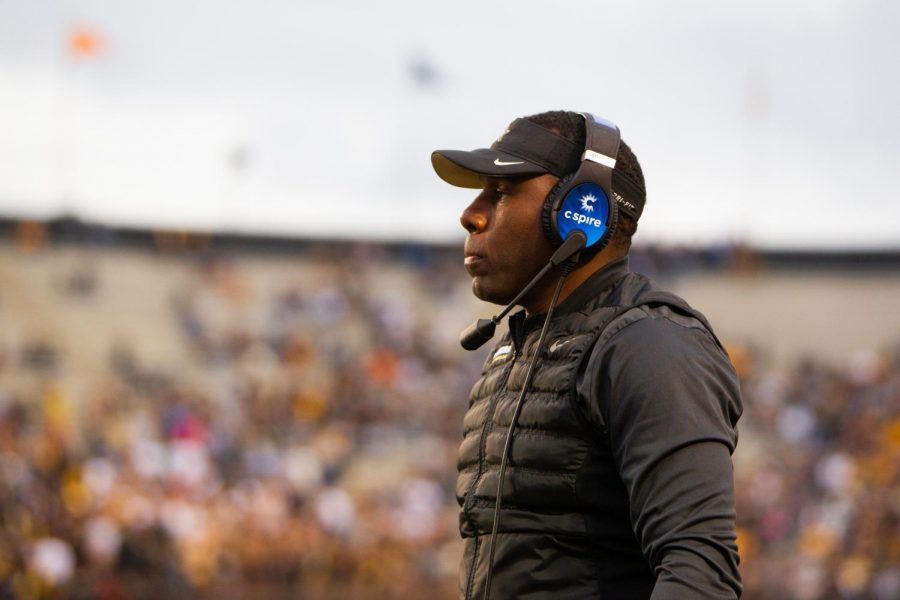 Well, that was short-lived.

Vanderbilt entered Saturday night’s matchup in Columbia, South Carolina trying to build off their upset win against Missouri just two weeks ago. With a bye week to prepare and the prospective of a bowl game still just within reach, the Commodores looked poised to give the Gamecocks a run for their money. Instead, for the 11th consecutive meeting, South Carolina prevailed, this time by a score of 24-7.

Say goodbye to your hopes of a third bowl game in four years (if you hadn’t already). To say this is a down year for the Commodores would be an understatement. This isn’t fun football to watch for anyone, and it isn’t showing any signs of improvement.

Here’s your Commodore Brunch menu:
Quarterback carousel keeps spinning
Two weeks ago, Derek Mason shocked Commodore Nation by announcing Mo Hasan as the starting quarterback just hours before kickoff. This week, the timing of the news was the same, but the effect was quite the opposite. Hasan was ruled out shortly before game time, still feeling the effects of the concussion he sustained in the Missouri game. Just as Vanderbilt fans thought they could put the Neal-Wallace seesaw behind them, they were pulled right back in.

For a little while, it didn’t look half bad. Riley Neal looked on point on the opening drive, completing three of his four passes for 46 yards, capped off by a 26-yard touchdown to a wide-open wide receiver Cam Johnson. He showed his ability to roll out of the pocket and complete passes on the move, something that worked tremendously for Hasan a couple weeks ago. The offense was also aided by a couple third-down penalties that kept the drive alive.

And that was it. That’s all we saw from Riley Neal. What first appeared to be an intentional substitution embedded into the game plan was later revealed to be an injury, one that would sideline Neal for the remainder of the game. By default, it became Deuce Wallace’s offense, and that’s where the wheels fell off. In three and a half quarters of work, Wallace completed 8 of 17 passes for just 30 yards to go along with two interceptions. His quarterback rating at the end of the game read 0.8. His yards per attempt read 1.8. The offense didn’t score another point.

It was an abysmal effort from Wallace, one that will have Vanderbilt fans praying for the return of either Riley Neal or Mo Hasan, something they probably never thought they’d be doing in a million years. From a quarterback perspective, Saturday night was rock bottom. If you could watch that for four quarters, you can do anything you set your mind to.
Defense looks respectable
Say what you want about defensive coordinator Jason Tarver, but his unit did its job. Despite finding themselves on the field constantly and in the tough position of having to bail out an incompetent offense, Vanderbilt’s defense surrendered just 24 points, and for a while, kept this game well within reach.

Vanderbilt made a couple big plays in the red zone that kept them in the ballgame. In the first half, outside linebacker Elijah McAllister forced a fumble inside the ten-yard line, giving Vanderbilt the ball back with a 7-0 lead. In the second half, the Commodores held South Carolina to a field-goal thanks to a couple big plays from linebacker Caleb Peart on third and fourth down. For the second straight week, Tae Daley set a career-high in tackles, finishing with 16 on Saturday and 27 in the past two weeks alone.

Of course, not everything went according to plan. Vanderbilt’s lack of a legitimate shutdown corner reared its head again Saturday, as wide receiver Bryan Edwards hauled in 14 catches for 139 yards and a score. South Carolina’s backup quarterback, Ryan Hilinski, finished with a QBR of 92.8 and worked with a clean pocket most of the game.

There are some kinks to work out, but Tarver is handling things from the booth and Mason is taking care of them from the sideline, and that seems to be what works best for this unit.
Hot seat getting warmer
I’ve been a big Derek Mason advocate for weeks now amidst a firestorm of Vanderbilt fans calling for his head. I get it. Nothing about this 2-6 team inspires hope right now and Mason is the captain of the ship.

But I’m still not ready to call it quits.

The more I watch this team and the more things start to unravel, the more I come to the conclusion that offensive coordinator Gerry Gdowski is the real weak link. Vanderbilt took a 7-0 lead for the sixth time in eight games this season. They’re 2-4 in those games. This is a team that always starts out hot offensively and always pumps the brakes when they need to push the accelerator.

Most football teams script the first 15 plays of the game. I imagine Gdowski does this too, and it’s perhaps why the offense has success early in games. When Gdowski has a week — or in this case, two — to prepare, he can devise 10-15 plays that will get the job done. When those plays are done, though, and he’s forced to adapt on the fly and figure out how to manufacture scoring plays, he looks like a deer in headlights.

Former offensive coordinator Andy Ludwig got a lot of heat for his play-calling during his time at Vanderbilt, but he’s on a completely different level than Gdowski. Ludwig is running the offense for Utah, the ninth-ranked team in college football right now, and doing it seamlessly. Be careful what you wish for.