Take a deep dive into music with Melodore Dillon Davey

We sat down with sophomore Melodore Dillon Davey to talk about his evolving relationship with music and performing arts throughout his life. Read on to find out how that relationship brought Davey to the Vanderbilt Melodores and will bring him beyond. 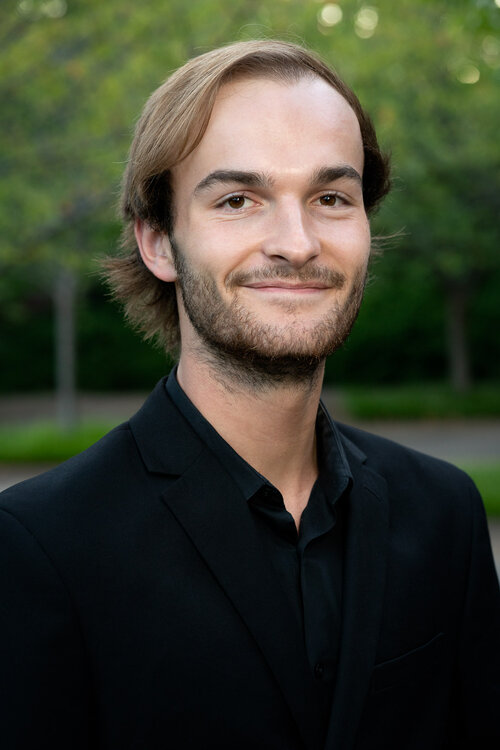 For sophomore Dillon Davey, music means many things. It means history, culture and traveling the world. It means catharsis, aesthetics and self-expression. It means performing with the Melodores, Vanderbilt’s all-male a capella group, and writing original songs in his free time. For Davey, music means transcendence.

As with any great musician, this wasn’t always the case. Davey’s first exposure to music and the performing arts came when his parents forced him to join the orchestra in fourth grade, an adolescent experience shared by many, he said. But Davey stuck with orchestra until his senior year of high school, getting involved in other performing arts groups along the way.

He participated in the choir in high school and learned to play the guitar, piano and banjo, among other instruments. From that first year on the cello in fourth grade, his music career “snowballed,” Davey said.

It came to a head when he added not one but two a cappella groups to his musical repertoire during high school: the all-male group X and the co-ed group Noteworthy, where he served as musical director for two years after helping found the group.

“A cappella is a great way to explore your voice in a way you don’t often get to,” Davey said. “Vocal harmony is a beautiful thing that can bring you a lot of places instruments simply can’t.”

As it came time to pick a university, a capella communities at various colleges – including the Melodores – were on his radar. An older friend from his high school came to Vanderbilt and joined the Melodores, and while Davey did not choose to come solely to follow in those footsteps, the a capella group was a huge factor in his ultimate decision. 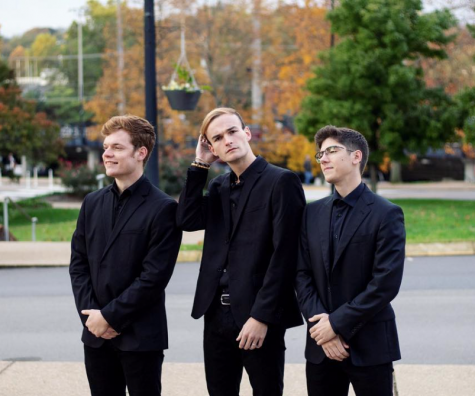 “For me, the Melodores were always this pillar of what a cappella should look like,” he said. “Getting a callback blew my mind because I never thought I’d get that far. Once I got in, I was just kinda whisked away on this magical journey.”

While Davey’s first semester as a Melodore was overwhelming at first, he got used to the fast-paced environment quickly. Even with his strong choral background and his prior knowledge of reading sheet music and composing pieces, he said that there was a drastic shift in pace from his high school a capella experience, particularly when it came to learning new pieces and rehearsing for shows.

“But I got the hang of it. Being a part of The Melodores is just another part of my routine at this point,” Davey said.

Public and corporate gigs around Nashville filled Davey’s schedule when he was a first-year Melodore. He got to travel and perform in Los Angeles and at Washington University in St. Louis, and his second semester brought him even further: to an international tour through Dubai and Seoul.

“It was positively surreal,” Davey said. “I had traveled before, but now I got to explore the world on my own terms and alongside my peers.”

Davey’s favorite parts of his many tours with the Melodores are autumn singing workshops with various high school a cappella students.

“Essentially we’re recruiting, showing them, ‘Hey, this is a cool thing you can do at Vanderbilt. This is what we’re all about,’” Davey said. “It’s some of the most rewarding work we do, performance-wise. I’m still in a spot where I can feel how wide-eyed I was as a high schooler looking up at the collegiate world and saying, ‘Wow, look at the opportunities in front of me.’ It is incredible to be able to see the passion building in those kids and feel like I can contribute.”

As a sophomore, Davey said he gets to develop managerial skills and help the group in a more tangible way than before; a Chicago area native, he helped with the logistics and planning of a Chicago tour over fall break. However, regardless of first-year or sophomore status, the dynamic of the Melodores has helped Davey feel like he fits in at Vanderbilt.

“I was worried about finding my people in college, as I’m sure many people do,” he said. “The Melodores have been such an amazing way to meet people I wouldn’t have otherwise met, but also to find myself in a group of people that share a very potent interest. It’s a unique brotherhood that’s welcomed me with open arms and only given back to me.”

This year, Davey lives in a Mayfield with fellow Melodore Gavin Becker, the members of Becker’s band New Parlor, and a few other non-Melodores who comprise Davey’s own band – but they haven’t decided on a name yet. The current leading idea is Sleeveless Jesus, but Davey isn’t 100 percent sold. 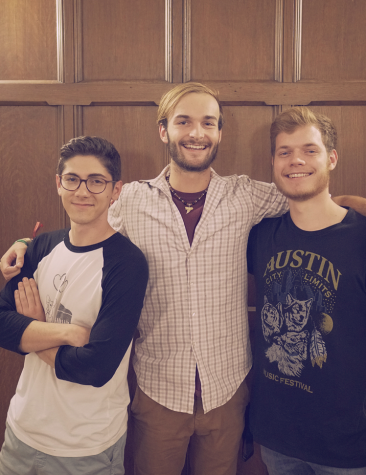 Davey celebrates becoming a Melodore with the other two students selected his year, Daniel Williamson and Owen Ladd (Photo courtesy The Melodores).

While the band is still working to find their sound and figure out their musicality (and name), Davey and fellow sophomore members Jack Slatton, Eric Ponce and Josh Karas all come from vastly different musical backgrounds. Among them is a piano performance major, an indie underground guitarist, someone who’s simply enjoyed playing guitar for a while and a choir student with a classical background.

“The four of us bring together a bunch of interesting and usually clashing musical backgrounds that we synthesize to create a unique product,” Davey said.

Together with Becker’s band, their Mayfield project involves hosting several open mic concerts, the first of which will occur in early November and feature a debut performance from Davey’s band. Davey particularly enjoys how working with the band has shown him the production side of the musical world and allowed him to try out new electronic and synthy musical stylings that his acoustic background didn’t emphasize.

While he may not be a Vocal Performance major, setting his sights instead on Molecular and Cellular Biology, his experiences with the Melodores and his band have assured him that musical career will follow him through college and beyond.

“If I want to pursue music truly, it would be more on my terms and not standing on a stage singing a classical Italian song in a tuxedo,” he explained. “Regardless, music is always going to be a part of my life. It is ultimately where my heart lies. It’s what I do to relax and clear my head, and it’s something I never want to let go. No matter what, I’ll be making songs, maybe performing at a bar downtown. It depends on where the next four years take me.”

Whatever Davey decides to do, he says it likely won’t be in Nashville – he believes the market for budding young artists is a bit oversaturated. But that doesn’t change his unique love of music, the many forms it takes and the ways it can change lives.

“Every single performance is a distinct musical experience. It’s always changing, you’re always evolving, you’re always building upon what you’ve already done. Music is never exactly the same, and that’s what I love about it the most. You never step in the same river twice.”