She just took a DNA test, turns out Lizzo is 100% that performer. 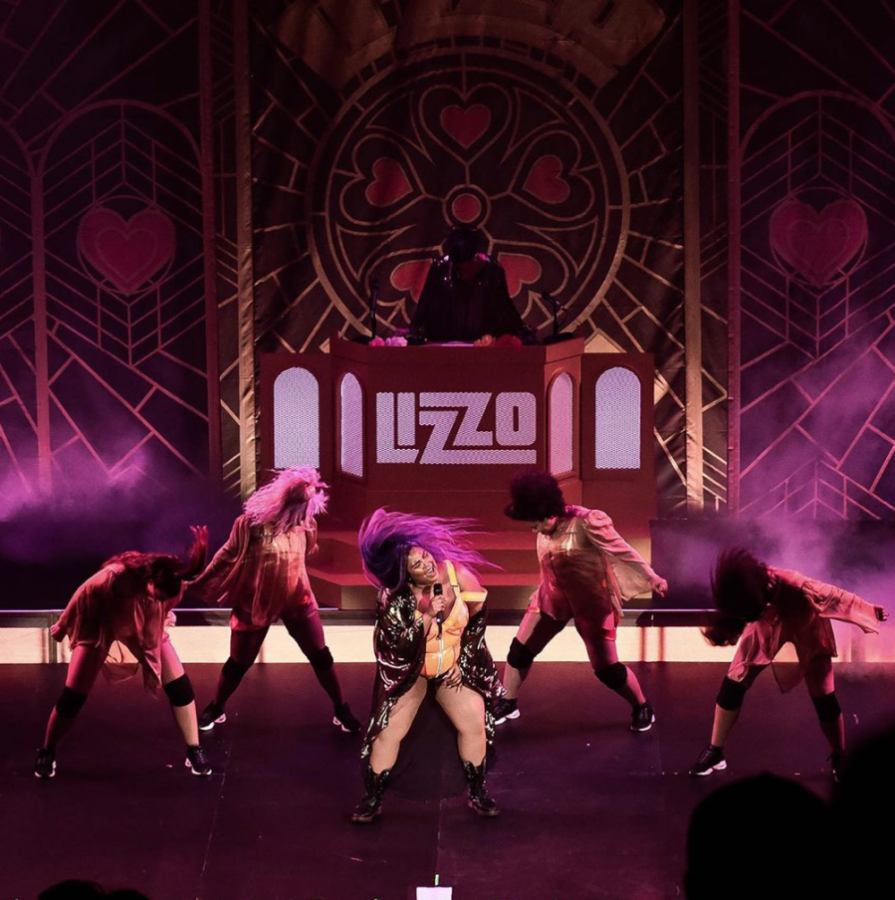 A packed Ryman Auditorium was electrified Monday evening, Sept. 30, in anticipation of rap and R&B sensation Lizzo’s Nashville performance of her album “Cuz I Love You Too.” The Ryman provided a poetic backdrop for the concert, with Lizzo fans sitting in church-style pews and the balcony preparing for their own form of worship. The Ryman is a legendary place, and the magic of this venue created an atmosphere unlike anything else.

Looking around the auditorium, the concert-goers were as diverse and eccentric as the artist herself. Lizzo’s music preaches messages of empowerment and owning your identity, stemming from a desire for self-acceptance that everyone in the audience could relate to.

Ari Lennox opened the show and energized the crowd with her soulful tunes. In the moments between the opener and the beginning of Lizzo’s set, the anticipation was nearly palpable. The black stage curtain dropped to reveal a set so unmistakably Lizzo. The scenery was a play off of the building itself. The backdrop resembled stained glass windows, and the neon-lit “Lizzo” podium was reminiscent of a church pulpit.

The lights flashed and the artist appeared. As someone known for her bold fashion, her outfit of the night did not disappoint. Lizzo began her setlist in a vibrant orange bodysuit complemented with touches of orange and red, paired with similarly colored makeup.

After her first song, the artist emotionally scanned the room and took in the grandeur of the sold out venue. It was a raw glimpse into the appreciation Lizzo has for her fans and for those who believe in her.

The powerhouse singer and rapper rolled through her set, imparting her wisdom for self-love onto the audience between songs. More than just simply listening, the artist wanted her fans to be a part of the concert. Having the audience sing her songs back to her and repeat empowering mantras were just two of the many ways Lizzo engaged with her crowd to make the performance more entertaining and interactive.

The crowd’s participation increased the energy of the auditorium. The pews were alive the entire concert. Audience members defied social expectations and found ways to express themselves. Multiple times during the concert, fans would stand up on the seats and let out their wild side with a twerk or body roll.

It was as if Lizzo was a preacher and the audience made up her devotees. The power of this artist to empower and inspire others to live their truths shines light on the capacity of Lizzo’s music not only to change her fans’ lives, but the lives of people around the world.