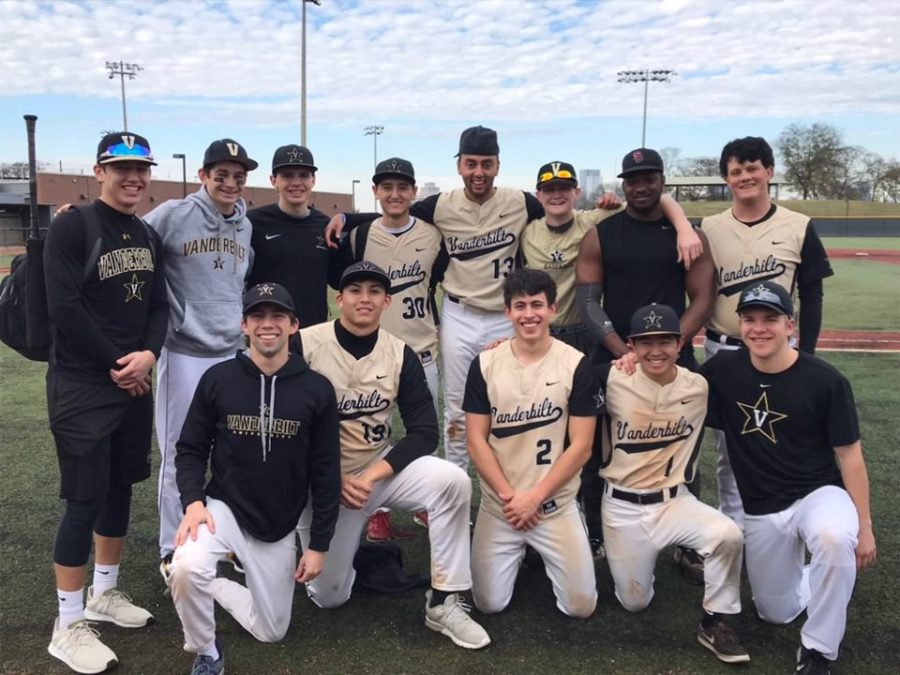 Correction: A previous version of this article included a headline that stated CollClubSports kicked Harrison off of the Club Baseball team. Rather, Harrison does not qualify for team membership due to his lack of a registrar-assigned Vanderbilt GPA, which is a requirement for players under the organization’s rules.

His freshman year, Next Steps student JR Harrison tried out for and made Vanderbilt’s Club Baseball team, earning recognition as a valuable pitcher for the team and even letting up less than three hits against Washington University of St. Louis’ team. However, after his first semester on the team, he was alerted that according to policy laid out by the National Federation of Collegiate Club Sports Leagues (CollClubSports), the body that oversees club sports at schools across the nation, he was ineligible for the team.

CollClubSports requires that Club Baseball athletes be full-time university students enrolled in 12 credit hours per semester maintaining a 2.0 GPA. The Next Steps program, an inclusive four year program that provides higher education to students with intellectual disabilities, assigns students GPAs independently from the Vanderbilt registrar, through from Career and Community Study classes.

Zoe Rankin, his Next Steps Ambassadore, helped circulate a petition started by Next Steps that amassed over 800 signatures, according to Rankin. The goal of the petition is to bring awareness of CollClubSports’ policy and prompt the organization to make their policies to be more inclusive.

Though Harrison does have the ability to play intramural sports instead of participating in the club league, he does not feel that that would be the right place for him.

“I’m a competitive person and in everything I do, I’m a competitor. I don’t want to do intramural,” Harrison said. “Everyone rallied behind me, and they know how good I am.”

President and CEO of CollClubSports Sandy Sanderson said the organization aims to align their policies as closely as possible with the NCAA and the desires of their member teams. There are no exceptions to these policies unless they are voted on at their annual meeting, Sanderson said.

Next Steps leadership is actively working to change CollClubSports’ national policies to be more inclusive of students in programs like Next Steps. Last year, Next Steps Director Tammy Day and Director of Student Supports and Campus Life John Clayton helped lead the charge to propose changes to the CollClubSports policy in tandem with other schools, including Ohio State.

Along with Vanderbilt’s Athletic Department, they are looking into forming partnerships with other schools that have programs similar to Next Steps. Day and Clayton both expressed that they are hopeful that policies for club sports will be adapted soon to include students like Harrison.

“At the [CollClubSports] annual meeting we were within one vote of changing the policy. In the past, it used to be unanimous in exploring eligibility changes,” Clayton said. “It did show that we moved the needle a little in the right direction.”

For everyone involved, this issue is tackling something much larger than a single club sports team at one university.

“If you have a person that has the ability to interface and be there on their own merit but there’s something different about them, would you not want them there?” Day said. “To someone who has the ability to partake in whatever is going on, they should have that right.”

Currently, even after his petition and the effort of Next Steps leadership, Harrison is still deemed ineligible from playing Club Baseball by CollClubSports.

“Diversity is having a seat at the table. Inclusion is having a voice and belonging is having that voice be heard,” Rankin said. “We still have a long way to go.”

Harrison and his Next Steps Ambassadore Zoe Rankin say they are fighting to change the policy not only with Harrison in mind, but also those in his situation. Someone who may face the same struggles is Harrison’s friend Andre, who he says is also in Next Steps and hopes to play Club Soccer in the future.

“There are obviously going to be people after you [Harrison], and you are leading the way for them and knowing that this is for them,” Rankin said. “It’s bigger than baseball and bigger than club sports.”