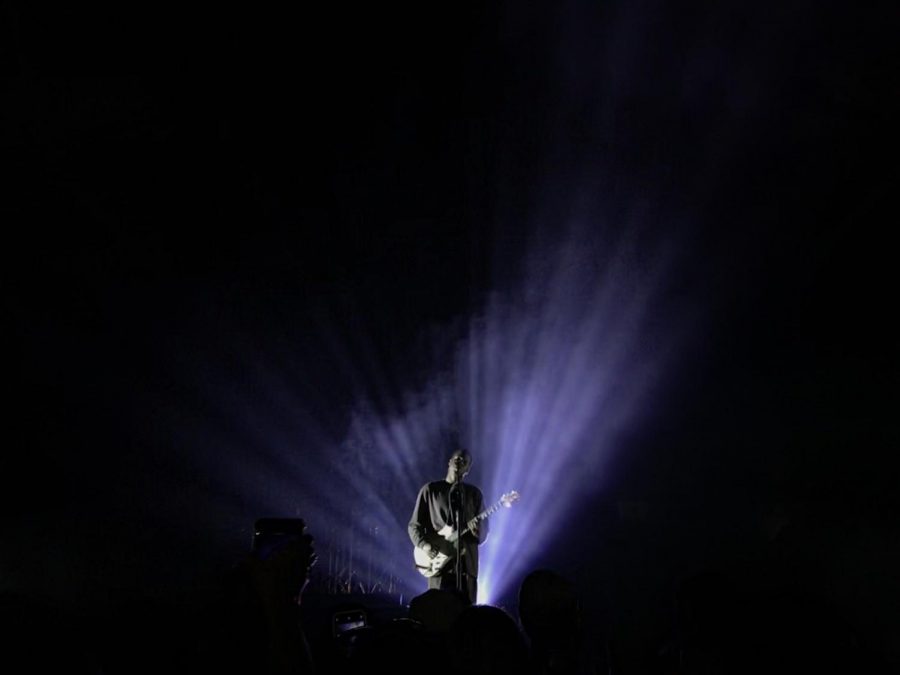 Canadian crooner Daniel Caesar made his Nashville debut this week at Marathon Music Works. The Grammy winner’s tour, “Case Study 01,” did not disappoint following the release of his sophomore album. His performance was chock-full of surprises, from guest appearances to acoustic renditions, and kept the audience hanging on Caesar’s every verse.

The venue paired well with the spiritual-yet-experimental tone of Caesar’s work. Fog and colored lights streamed from the stage, transforming the cavernous warehouse into a kaleidoscope light show that swelled with buzzing excitement. A few minutes out, the emphatic drumroll built tension as questions of “Where’s Daniel?” filled the room. Just like that, the lights cut as the bass and drums contested with the screams of the crowd.

Caesar emerged from the red haze nonchalantly, dressed in sweats and holding a cup of water. In fact, despite the lights, nothing about the show was flashy. From the stripped down stage, to the background singers dressed in all black, to the smoke erasing away any significant details in the room, Caesar made it clear that the music was his sole focus.

Anyone who has seen his NPR TinyDesk concert knows that the artist is most comfortable clinging to a mic with his eyes closed. While the set had many of Caesar’s trademark love songs (including a particularly haunting performance of “Blessed”), tracks from the new album, “Case Study 01,” breathed vibrancy into the show. During one such track, “Restore the Feeling,” he brought out fellow Canadian artist and frequent collaborator Sean Leon. Their fun dynamic and Leon’s edgier stage presence uplifted the song and the audience’s energy.

Caesar’s biggest hits didn’t disappoint. The grit and focus on the ambiguity between good and evil in “Cyanide” was exacerbated by red lights that flooded the space. Following tradition, his background singers joined the artist in the center for “Best Part,” as couples swayed along singing H.E.R’s lyrics. After much anticipation came “Japanese Denim,” which Caesar sang as his encore for a sea of recording phones.

The most unique part of a Daniel Caesar concert are the guitar renditions. Alternating between electric and acoustic, the show became more intimate as gentle strumming highlighted his sweet vocals. As the encore came to a close, Caesar thanked the crowd for making his first show in Nashville so wonderful and after an overwhelming applause, the artist brought back his stool and acoustic guitar while everyone besides the background singers left the stage. Sitting under a sole spotlight, the fog having cleared, full attention was on Caesar as the twinkling chords of “Are You Ok?” silenced the room. Call it a lullaby or a prayer, either way this performance cemented the artist’s raw gospel talent.

With the rise of Caesar’s fusion genre, hopefully this concert foreshadows a surge of R&B talent in Music City.