Dayo Odeyingbo is one of the leaders of Vanderbilt's defensive unit, but it's his talent outside of football that drives him. 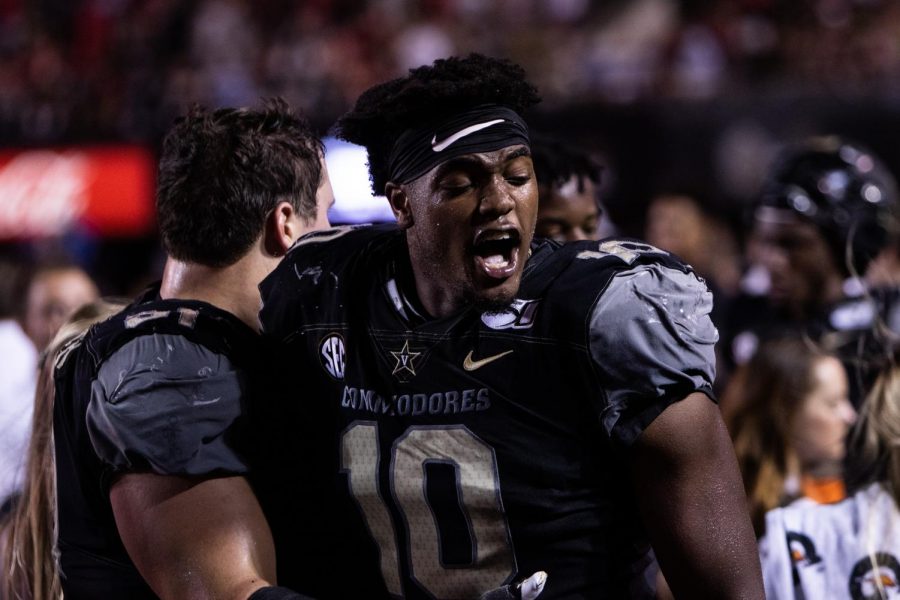 “Football is family” is a common phrase in locker rooms. The adage reflects the necessary brotherhood in uniting teams for a common goal of winning.

For Dayo and Dare Odeyingbo, the phrase holds a more literal meaning.

Dayo Odeyingbo is one of Vanderbilt’s best defensive players, and he has been a leader on the team this season. After playing his first two years on the defensive line with his older brother Dare, Dayo has stepped up this year to fill the void Dare left on the defense after graduating last May.

The two brothers had never played on the same team before coming to Vanderbilt, but their two years playing next to each other only helped them grow closer. Dayo’s cooking kept them connected to their family traditions back home, too.

Dayo fell in love with cooking as a child. His mother would only let him and Dare watch Food Network, Animal Planet, and the Discovery Channel during the week. Dayo gravitated towards Food Network, and it continues to be one of his favorite television channels.

It’s no surprise that Dayo, a fiery competitor on the field, named “Cutthroat Kitchen” and “Chopped,” two of Food Network’s most intense competitions, as his favorite shows on the channel. Now that he can watch whatever channel he wants, he has become a big fan of “Hell’s Kitchen,” and host Gordon Ramsey’s colorful insults could intimidate any football coach.

Dayo dreams of hosting a show where he travels and tries different food from around the world. Both his parents are natives of Nigeria, and they brought their Nigerian cooking to the United States. Dayo used to watch his mother cook traditional Nigerian recipes and immediately found himself hooked.

Dare admits that Dayo was the better helper in the kitchen.

“As long as we weren’t bothering her in the kitchen, she let us help out. He would help out more than I did,” Dare says.

Nigerian food is hard to come by in Nashville, so Dayo gets his fix in when his parents come to watch him play. They attend every Vanderbilt home and away game and bring coolers with them filled to the brim with delicious meals.

Dare reminisces about splitting the cooler with Dayo after each game ended during the two years they played together at Vanderbilt. The whole family got together to eat one of the meals after games. Now, Dayo has the entire cooler to himself now.

He makes sure to cook in his off-campus apartment often. He cooks for teammates, and even the team’s toughest critics enjoy his home cooking.

“They all love my food. I live off campus now,” Dayo says. “That’s why I moved off campus, to get a kitchen to cook.”

“He doesn’t really cook a lot of the same things twice,” Dare says. “He does a lot of barbecue stuff that he’s really good at. He made ribs a couple time for us, and it was really good.”

His cooking skills can help him on the field, too. Cooking is all about attention to detail and careful preparation, much like preparing for an SEC football game.

“I think [cooking] helps him more being disciplined and understanding that cooking is an art in that you’re pretty precise, but you can be pretty free with it,” Dare says of his brother.