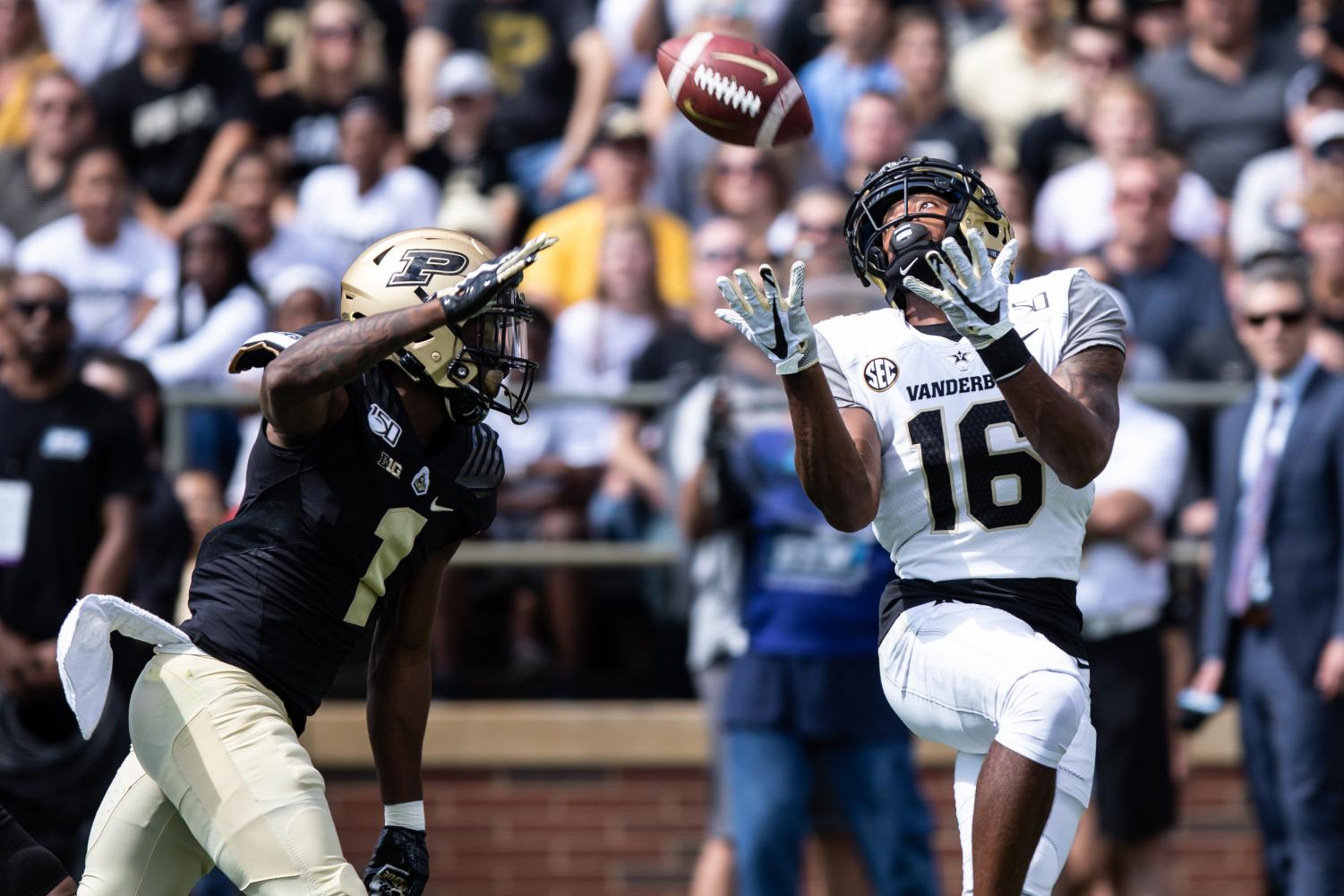 Vanderbilt went into the locker room after 30 hard-fought minutes of football down just four points. In a half where they were severely outplayed, the Commodores were well within striking distance, thanks to a 48-yard field goal from Ryley Guay. Given the strong adjustments Defensive Coordinator Jason Tarver made last week at halftime, things looked promising for Vanderbilt in the second half. Instead, the defense was nowhere to be found.

It was a tough second half for the Commodores, who watched miscommunication and lack of composure plague them throughout the early afternoon. For the second straight week, Derek Mason’s team found themselves overmatched.

Now Vanderbilt is 0-2, two thirds of the way through the gauntlet trio of games lined up to start the 2019 season and still searching for identity heading into an all-important early bye week. They’ll host LSU coming out of it with a whole lot to prove.

Vanderbilt’s offensive ineptitude cost them a chance at competing last week. This week, the defense took its turn.  The Boilermakers ran rampant through the Vanderbilt secondary for the entirety of the ballgame, torching Vanderbilt’s two transfer corners.

DC Williams and Cam Watkins both came to Vanderbilt with Big Ten experience. Between the two of them, they had faced Purdue four times prior to this weekend, but Saturday, they looked like a duo playing college football for the first time.

Watkins looked lost on Jared Sparks’s 50-yard touchdown grab, like a center fielder misjudging a fly ball. Williams was spun out of his shoes by Boilermaker wideouts repeatedly. Purdue’s tandem of Elijah Sindelar and Rondale Moore are very good, make no mistake about it. Moore was a consensus First Team All-American last year. But Vanderbilt’s corners made them look like Ben Roethlisberger throwing to a pre-meltdown Antonio Brown. Sindelar finished the game 34-52 for 509 yards and five touchdowns. Moore, for his part, reeled in 13 balls for 220 yards and a score.

Struggles in the secondary aren’t shocking to anyone who follows this Vanderbilt team. After all, replacing three out of four starters – including captain LaDarius Wiley and star corner JoeJuan Williams – is never easy. Randall Haynie getting ejected in the third quarter certainly didn’t help things. These are guys in a new system, trying to learn on the fly against an extremely difficult opening slate of opponents. There are going to be hiccups. But 500+ yards through the air is about as bad a case of hiccups as one could imagine.

Going forward, Tarver can hang his hat on the play of his safeties. Tae Daley had an up-and-down day that featured a crucial interception, but it was Dashaun Jerkins who was a bright spot in the secondary again. For the second straight week, he led the team in tackles in place of an injured Frank Coppet. He likely did enough these past two weeks to overtake Coppet on the depth chart. 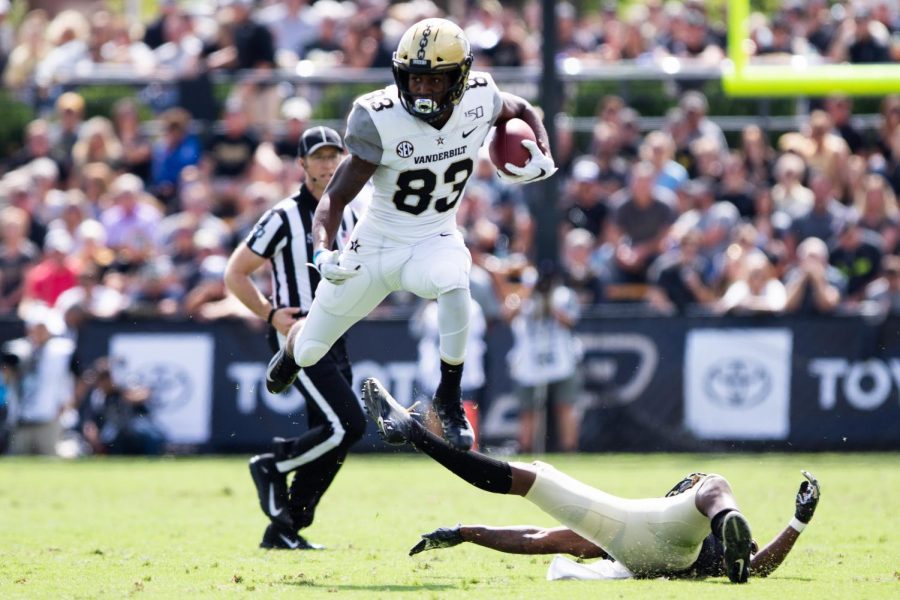 Ideally, teams like to have ironed out their quarterback situation by this point in the season. The Commodores went with Riley Neal again in Week Two in the hopes that he’d separate himself from Deuce Wallace, who opened the competition back up with an impressive drive to finish the Georgia game. It was almost all Neal Saturday, save for one short series in the third quarter and then another to end the game.

Neal ran with his second opportunity, likely securing the job for at least the forseeable future. He wasn’t great, but he was good enough. He got the ball into the hands of his playmakers quickly. He managed the game. He looked more comfortable letting the ball fly, finding Kalija Lipscomb on a wide open deep ball that led to the Commodores first touchdown of the season just two plays later.

Neal’s line (24-35, 378 yards, 2 TD, 1 INT) is a little misleading. Giant chunks of those yards came on a few plays, including a Hail Mary to Chris Pierce that didn’t reach the end zone and a 15-yard toss to Pierce that turned into a 75-yard score thanks to a broken tackle and great speed. (Pierce’s three catches for 133 yards and a touchdown was one of the more interesting and wacky developments of this game.)  His interception was one of those head-scratching, what-were-you-thinking type throws that immediately got him pulled for a series.

He did his job, though, running the show and producing enough of an offensive output to keep Vanderbilt in the game. 24 points is a big step up from last week, and it could have been more than 24 if not for some destructive penalties and a disaster 4th-and-1 play call. Mason had to have liked what he saw from Neal, and perhaps that’ll put the quarterback controversy to rest. 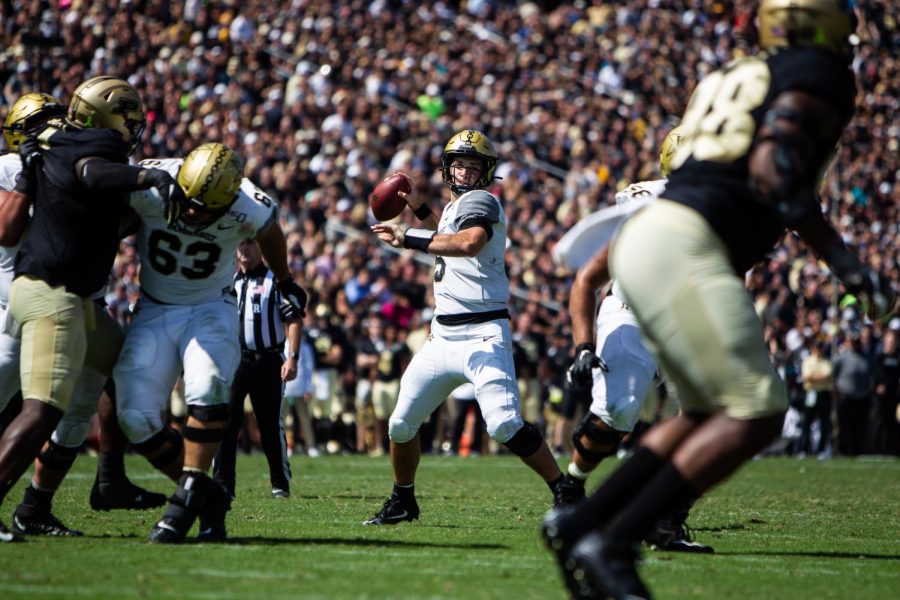 Lots of Red (and Yellow) Flags

Against a tough opponent on the road, Vanderbilt had to play mistake-free football in order to come out with a win. Instead, the Commodores shot themselves in the foot time and time again.

Vanderbilt had a sack and two interceptions negated by offsides penalties on the defensive side of the ball. Granted, those balls may have not been thrown if not for the imminent penalty calls, but the Commodores continued to give second chances to a Purdue offense that was already having its way most of the game.

On offense, Saige Young put together a highlight reel of penalties on his own in the second quarter. The senior guard committed a holding penalty and an unsportsmanlike conduct penalty on the same play, and later in the same drive, committed an ill-timed false start on 4th-and-1 that forced Vanderbilt to kick a field goal. Vanderbilt’s 13 penalties for 100 yards approached program records.

A note on targeting: Sophomore corner Randall Haynie was ejected for targeting in the third quarter, adding to Vanderbilt’s slew of flags throughout the game, and it was the latest example in a series of targeting calls that hardly echo the intent of the rule. Targeting penalties with disqualifications were meant to deter players from intentionally going after a player’s head, but instead, defenders are routinely ejected from games for making form tackles that happen to include helmet-to-helmet contact.

Haynie dove at Moore’s torso and his head was leading because (news flash!) the head is the top part of the body. Moore lowered his head and incidental contact ensued. This might be targeting because of the language of the rule, but it’s certainly not what targeting penalties were created to prevent. I’m tired of watching college kids get thrown out of games for making form tackles with no malicious intent. 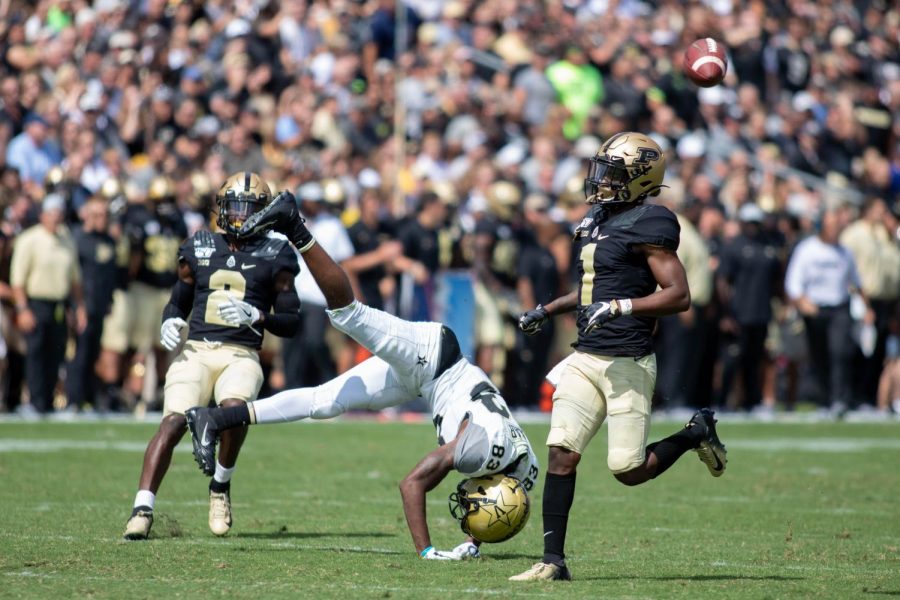