Jerry Stackhouse named to WNBA players’ union board of advocates

Coach Stackhouse hopes to use his experiences as a former vice president of the NBPA to inform the WNBA's new collective bargaining agreement. 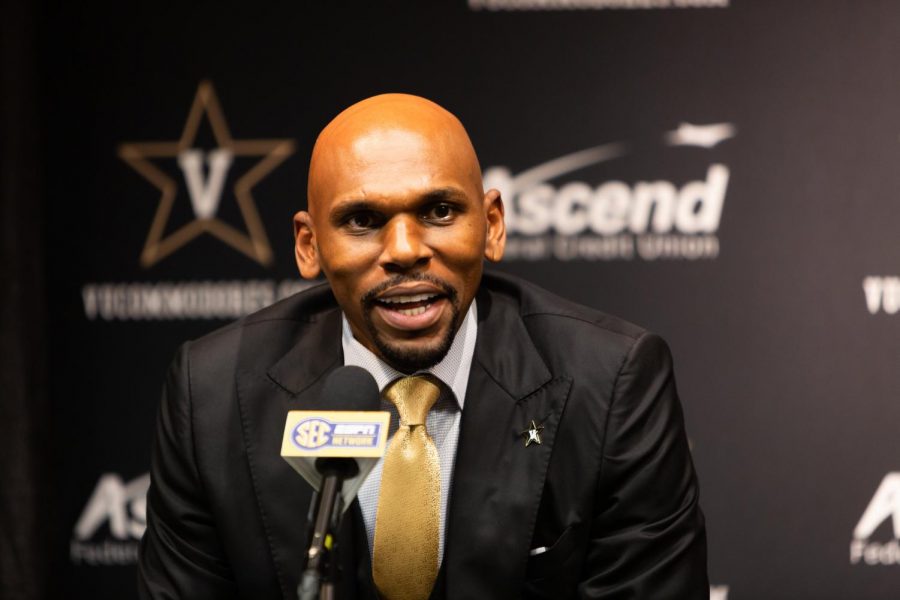 When Darius Garland arrived on campus last fall, the hype surrounding Vanderbilt’s men’s basketball team was at an all-time high. The highly touted freshman made national headlines in high school, and certainly seemed to have the talent to elevate Vanderbilt’s program to new levels of success. That was the plan, at least.

In heartbreaking fashion, Garland tore his meniscus after only appearing in five games.

He tallied just 139 minutes of collegiate basketball before declaring for the 2019 NBA Draft, where he was selected fifth overall by the Cleveland Cavaliers. The 19 year old–who never played in a single conference matchup in college–will make well over $16 million over the first three years of his contract.

Now consider this: Breanna Stewart played for the UConn Huskies for four years, earning her degree before declaring for the draft. While Garland contributed to just five wins in his college career, Stewart contributed to four straight national championships. In fact, the word “contributed” doesn’t quite do it justice– Stewart was named the most outstanding player in the NCAA Tournament all four times, picking up three consensus national player of the year awards on the way.

In the 2016 WNBA Draft, she was drafted first overall by the Seattle Storm, where she continued to put on a fabulous display of dominant basketball. She started off her career by winning Rookie of the Year and was tabbed to numerous All-WNBA teams. She followed up the rookie campaign with two all-star appearances. Then a WNBA Championship ring. Plus a Finals MVP award.

But alas, in paradoxical fashion, Stewart simply didn’t make enough money in the WNBA to call it a full-time job. She took to the courts of Sopron, Hungary in the spring of 2019 to make a quick buck. In April, a time that should be deemed the off-season for WNBA players, Stewart ruptured her achilles playing overseas for the Dynamo Kursk. It’s an absolutely devastating blow to one of the best players in the WNBA, who was sidelined for the entirety of the 2019 season.

Now, the WNBA players’ union is preparing to fight for what’s right: equal pay and ample benefits in the form of a new collective bargaining agreement. To assure that the process goes smoothly, the union has elected a star-studded board of advocates to share their expertise on the topic.

Jerry Stackhouse, Vanderbilt’s newly hired head coach, was named to the board alongside former NBA star Alex English. During his playing days, Stackhouse served as the NBPA’s vice president, while English was president. Surely, the two will be able to inform the players’ union throughout the collective bargaining process.

“Look, this is important. We’re really losing a lot of our share with girls,” Stackhouse said. “Girls aren’t playing as much basketball anymore, so this is about more than just the league itself. It’s about growing the game for women, making sure they can maximize and capitalize on their talents, and growing their abilities. That’s why the NBA is putting a lot of resources into getting girls back into the game because to tell you the truth, they shouldn’t have to spend most of their season over in Europe to make the money, especially when this game is America’s game. We should take care of women a lot better than people have in the past, and I think we’re on the way to growing this league.”

Other members of the board of advocates include Stacey Abrams, Adrienne Becker, David Cooper, Sarah Flynn, Sunny Hostin, Kathy Ireland, Sharlee Jeter, Stephanie Rawlings-Blake, Joyce Roche, Trisch Smith, Tamika Tremaglio and Brent Zachary. While each member of the board brings a unique legal or business perspective to share, Stackhouse may have some of the most important advice. The NBPA was resurrecting itself from a tough time when Stackhouse was named vice president, and he wants to ensure that the WNBA players’ union can learn from the NBA’s mistakes.

“We were coming out of a dark time when I was named vice president,” Stackhouse said. “I think that was some part of our problem, we were not really organized and we were just a bunch of players. We were really put in a place to be responsible for carrying on the business of basketball for our players. But really, I don’t know if we were equipped to do so, because we were full-time basketball players. I mean, when you come into the NBA there’s a mentality: ‘I’m just here to hoop.’ You don’t really understand that there’s a real business side of this, and you can get taken advantage of not only by the other side. I’ll tell you what though, with all these impressive people on the board sharing their knowledge, the WNBA union is in really good hands.”

Stackhouse is ready to help the WNBA grow by giving his own two cents on the collective bargaining process, but his commitment goes further than the league itself.

“It’s reached a point where everyone in the country, especially those in the league, want this league to grow,” said Stackhouse. “It’s been time to bet on women, and if you want to have success you have to be detailed. From my position, getting hired here and being able to bring in Adell Harris and Nicki Gross, their attention to detail and their focus alone is a huge benefit our program. Of course I recognize that, and it’s really just more evidence that women belong in this game. I think the people that are advisors with the union, they see my passion to see these women succeed, and that’s how I got onto this board.”

As a member of the board of advocates, Stackhouse may not be making decisions on behalf of the league, but as someone who’s served in a similar role for the NBA, he hopes to point them in the right direction and ensure the league has room for growth.

“Us people on the board, we’re not in power. I’m not in power, nor should I be because I’m not in the WNBA,” he said. “My job is to be an advisor for these women, because the ones that really make the decisions for the body are the elected officials for each team. I just want them to go into each decision they make with confidence, with the experience I can give to them, and with the most knowledge that they can have. Whether it’s me, a judge, a politician, a businessperson, we all can teach these women valuable lessons, so that when it comes time to make a decision on behalf of the whole league, they can make an informed, well-represented decision.”

While the collective bargaining agreement is just one step in the right direction for the league, it can have a massive impact on the sport moving forwards.

“Most importantly, I think it’ll help us get back to the grassroots,” Stackhouse said. “It will help get girls more excited about basketball again. It’ll help them want to play. We all have a reason, and we all love the game, and on the business side of it, it comes down to market share. You don’t want to lose market shares. It’s a game of growth, and it’s a game of revenue, and the more revenue we can get out of the league, the more they can put into their salaries.”