Vandy and Purdue will likely take up your Saturday, but these games are can't miss. 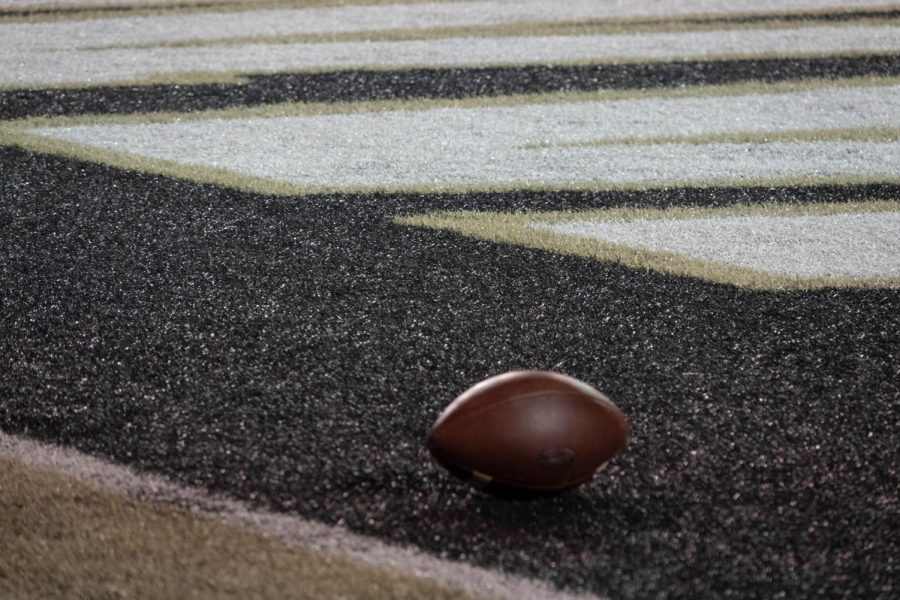 Week 1 of the college football season gave fans plenty to talk about and served as a great primer for the weeks ahead. As the top teams in the nation cruised to victory, debuts became the main story of the weekend. Freshman quarterback Bo Nix of the Auburn Tigers started the beginning of his legend, engineering a comeback against Oregon in the final seconds. Oklahoma and Ohio State both saw their transfer quarterbacks, Jalen Hurts and Justin Fields respectively, have impressive starts with their new teams as each scored at least five touchdowns. Week two teases more drama as two top-15 matchups between major powerhouses of college football highlight this weekend’s slate of games.
No. 12 Texas A&M Aggies at No. 1 Clemson Tigers

The Aggies travel into Death Valley to face a tough test in the top-ranked defending champion Clemson Tigers. Texas A&M will certainly be looking to avenge its close 28-26 home loss from last season at the hands of the Tigers and secure a statement win for their resume early into the season. Both teams head into this game coming off dominating home victories that saw them put up gaudy point totals. Running back Travis Eitenne led the way offensively for the Tigers against Georgia Tech, rushing for a career-high 205 yards and three scores. Clemson will need him to have another dominant performance in hopes of besting the Aggie defense. It will also need a better showing from its Heisman hopeful quarterback Trevor Lawrence, who was limited to 168 yards and one touchdown while throwing two interceptions.

For the Aggies, if Jimbo Fisher’s team wants to make good on offensive linemen Jared Hocker’s statement “There will be an upset”, it will need to be led by junior quarterback Kellen Mond. Kellen Mond had arguably his breakout performance against the Tigers last season, passing for 430 yards in the loss. He will have another chance at the Tiger’s top ranked defense in points allowed from last season. Texas A&M’s defense, on the other hand, was about average last season at 25.3 points allowed per game, good for 47th in the nation. The defense will need to have a strong showing in order to give Mond a chance to win.
No. 6 LSU Tigers at No. 9 Texas Longhorns

The sixth-ranked LSU Tigers pay a visit to the site of College Gameday in Austin, Texas as they take on the ninth-ranked Longhorns in the first top 10 matchup of the college football season. LSU faces this tough non-conference test before SEC play begins Week four against Vanderbilt. For Texas, coming off a Sugar Bowl win last season against Georgia, a victory over LSU would help further cement themselves as a National Title contender. Both teams are coming off dominant victories against lesser opponents. LSU crushed Georgia Southern, putting up 42 points in the first half en route to a 55-3 thrashing. Quarterback Joe Burrow tossed five touchdowns and wide receiver Terrace Marshall Jr. hauled in three as LSU flexed its muscles. The Tigers will need to have a similar performance from their offensive stars in order to beat Texas.

If Texas is indeed “back”, it will need to rely on Heisman hopeful signal caller Sam Ehlinger to be even more consistent following the injury of backup running back Jordan Whittington. Texas faced little competition from Louisiana Tech last week as it steamrolled 45-14 and Ehlinger tossed four touchdowns. Ehlinger will have to best LSU’s self-titled “DBU” which once again totes two potential first round NFL draft selections in its secondary in safety Grant Delpit and cornerback Kristian Fulton. On the other side of the ball, freshman defensive back Caden Sterns leads Texas’s defense in an attempt to slow down LSU’s air raid offense.

In this early PAC-12 Conference matchup, Washington plays host to the 12-point underdog California Golden Bears who will look to cause chaos in the conference standings with a major upset. Washington is looking to cement its claim as the best team in the conference following Oregon’s devastating loss to Auburn last weekend. Washington is coming off a convincing showing against Eastern Washington winning 47-14. The Huskies will look to feature another balanced attack that saw quarterback Jacob Eason throw for over 300 yards while running backs Richard Newton and Salvon Ahmed rushed for 130 plus yards and two scores collectively. On the defensive side, cornerback Myles Bryant and linebacker Kyler Manu, who each recorded seven tackles against Eastern Washington, will again need to be sharp in order to slow down Golden Bears running back Christopher Brown Jr. who rushed for 197 yards for Cal in Week one.

On the other sideline is the Golden Bears who are coming off a 27-13 victory against UC Davis that saw them fall behind early but eventually find their stride. Cal will need to avoid another slow start in order to beat Washington’s fifth ranked defense in points per game allowed from last season. Quarterback Chase Garbers will need to execute his passes effectively and the aforementioned Brown Jr. will need another dominant display to pull off the upset at Husky Stadium.