If Vanderbilt is going to pull off the upset, they're going to have to win the battles in these three facets of the game. 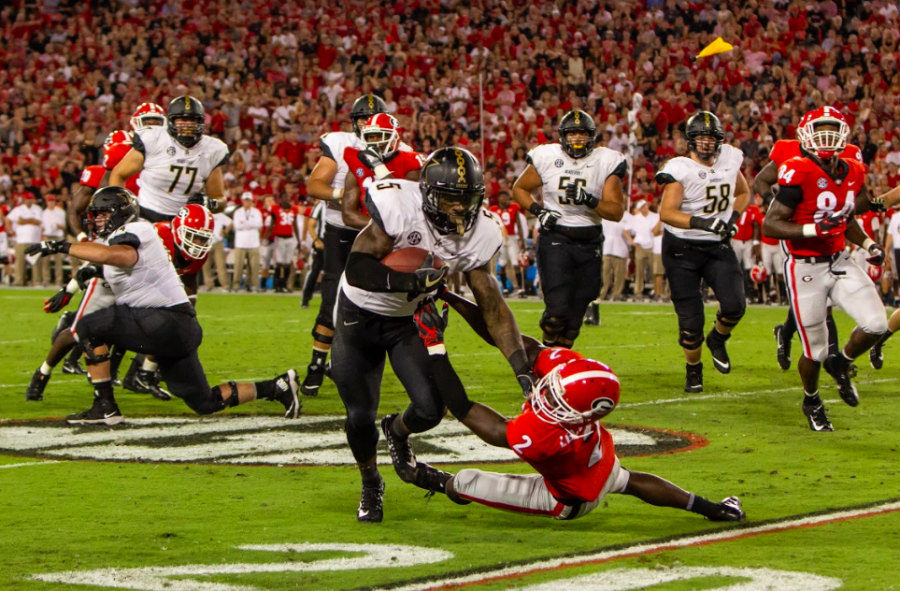 Football is back on West End this Saturday as the Commodores take on the #3 Georgia Bulldogs to kick off the 2019 season. Vanderbilt will be seeking revenge after being run roughshod over in Athens last year, falling 41-13 to the eventual SEC East Champs.

If Derek Mason’s team has any chance of reversing their fortunes against a Georgia team that once again ranks in the top ten, they will need to fix the mismatches that have derailed their two previous showdowns with the Bulldogs. Georgia dominated the Commodores up front, and improvement will be needed in other areas as well if Vanderbilt is to stand a chance of pulling off the upset. In a game that looks to be a lopsided affair, here are the matchups that could swing the season opener in the hometown Commodores’ favor:

After losing a senior class that graduated multiple starters off the offensive line, Vanderbilt’s younger lineman must step up and play against a talented trio of seniors along Georgia’s defensive line. The pass rush was one of the few areas in which Georgia did not find overwhelming success last year, and they will be looking to pressure the quarterback more as they enter 2019. In addition to protecting a new quarterback, the Vanderbilt line must open holes for the Commodores’ star running back Keshawn Vaughn, establishing a run game that would also open up the Georgia defense for Vanderbilt’s signal caller to take shots down the field on play action.

Speaking of Vaughn, he’ll need to be the preseason All-SEC back he’s been billed as this summer if Vanderbilt wants to hang with the ‘Dawgs. After his 243-yard, 2-touchdown performance in the Texas Bowl this past December, Vaughn has gotten national attention and defenses will be keen to limit him when taking on the Commodores. If Vanderbilt wants to be successful on Saturday, feeding Vaughn early and often has to be a point of emphasis. Across from Vaughn is D’Andre Swift, a pro-level talent getting overshadowed by Vaughn despite his excellent performance down the stretch last year for the Bulldogs. Swift could enter this game with a bit of a chip on his shoulder, and he has the game breaking potential to put this one away for Georgia early and make it a long night for the Vanderbilt defense. Of course, this isn’t technically a matchup, because these two won’t see the field at the same time, but any time these two will be taking the field together, it’s destined for fireworks.

Finally, any Vanderbilt victory will need to contain a standout game from its passing weapons, namely preseason All-SEC honorees Kalija Lipscomb and Jared Pinkney. With their new recognition, there will be added expectations from fans and greater attention from foes. The Bulldogs, having played against both previously, will not underestimate the Vanderbilt stars. They return a handful of seniors in the secondary including safety J.R. Reed, but will have first-time starters lining up at the cornerback positions. While any new corners are likely to be former five-star recruits, it will be interesting to see how they handle a conference opponent on opening week in a primetime game. If Lipscomb starts carving up the new Georgia cornerbacks, Vanderbilt should expect to start seeing double coverages sent his way. This could give more under-the-radar Vanderbilt wideouts like C.J. Bolar, Chris Pierce, and newly healthy Cam Johnson a chance to shine as the Commodores look to diversify their targets in the pass game. Whether or not Pinkney and the receivers can stretch the field against an incredibly talented Georgia defense could be the difference between Vanderbilt delivering a gut punch to a college football heavyweight or getting rolled over at home to start the season.