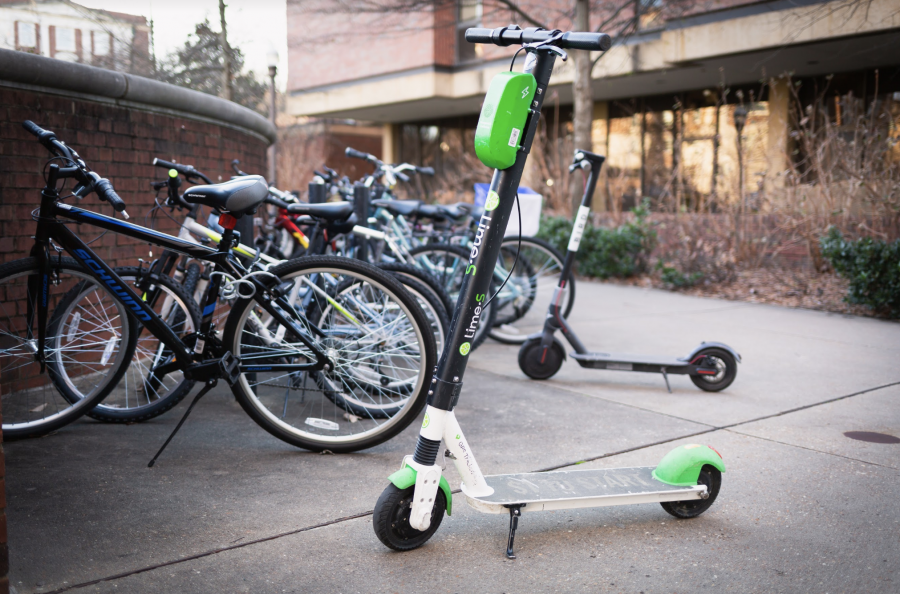 A Lime scooter parked in front of Commons Center. Photo by James Long // The Vanderbilt Hustler

Nashville Mayor David Briley announced his decision to recommend ending the e-scooter pilot period that has been active in the city since fall 2018.

In a statement released Friday, the mayor cited safety concerns with current scooter operations and recommended that the Metro council terminate the pilot program and remove scooters from the city.

Today, I notified Nashville’s seven scooter companies of my decision to end the pilot period and ban e-scooters from our streets. We have seen the public safety and accessibility costs that these devices inflict, and it is not fair to our residents for this to continue. pic.twitter.com/1IBmZRsRgF

— Mayor David Briley (@MayorBriley) June 21, 2019
In the nine months since the pilot’s launch, the Tennessean reports at least seven businesses are operating more than 4,000 scooters in the city.

In May, Brady Gaulke died after being struck by a vehicle while riding a scooter. Metro police later reported that Gaulke had more than twice the legal limit of alcohol in his system.

Following Gaulke’s death, the mayor sought proposals from the scooter companies to address safety concerns. Bird, Gotcha, JUMP, Lime and Lyft all submitted proposals, but Briley said in his statement that he does not believe any went far enough to protect city safety.

Scooters have been present on Vanderbilt’s campus as long as they’ve been in Nashville. In addition to the Metro official requirements scooters must meet to operate in the city, the university required the companies to sign onto additional, Vanderbilt-specific guidelines. Bird, Gotcha, Lime and Spin are all listed on the Vanderbilt FutureVU website as approved scooter options.

Now, it is up to Metro Council to decide what they will do with Briley’s recommendation. Councilman Jeremy Elrod told the Tennessean that he will carry the mayor’s legislation, which he expects to pass easily.

University officials have not yet responded to immediate request for comment.