The Vanderbilt Hustler • May 26, 2019 • https://vanderbilthustler.com/23954/featured/faculty-senate-student-life-committee-votes-unanimously-to-support-vsg-proposal-to-create-community-learning-repository/ 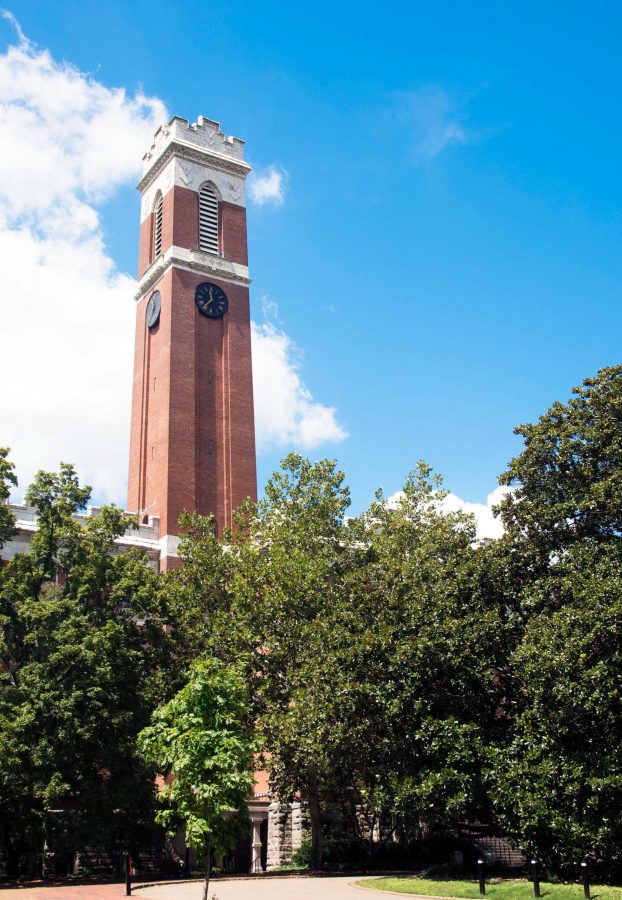 The Faculty Senate discussed the VSG proposal to form the repository at a meeting in April. Speaker of the VSG Senate Sean Swinford and VSG Academic Affairs Committee Chair Nico Gardner-Serna presented the idea to the body. Overall, the atmosphere among the faculty was very positive toward the proposal, Faculty Senate Chair Victoria Greene said.

The Student Life Committee of the Faculty Senate held a vote in a following meeting to decide on whether the body would support the proposal. The vote was unanimously in-favor among members present, Student Life Committee Chair Kyla Terhune said. While the vote gives the body’s endorsement for the proposal, it does not create any further steps toward the repository’s creation, Terhune said.

VSG is leading the effort to construct the bank, working with administration in offices such as the Office for Inclusive Excellence and the Office of Equity, Diversity and Inclusion. Gardner-Serna and Swinford hope that the repository will launch by the end of the fall semester, and are determined to put it out before the end of the 2019-2020 at the latest.

The repository, also previously called a “universal test bank,” will be accessible online through Brightspace. Professors will not be required to include their materials in the repository, and all materials must be faculty approved.

Under the current proposal, students will submit materials online, which will then be reviewed to make sure the materials are clear of student-identifying marks or features. Uploaded materials will also be checked to ensure that the course’s professor has agreed to allow their materials in the repository. Faculty members will also be able to upload their own materials.

“The only concern that was raised was that the faculty want the option to protect their test material so that they can be reused because writing a good test is very time-consuming,” Greene said.

A significant incentive for professors to opt-into the repository is the existence of current, disjoint test banks that specific organizations maintain. These test banks contain materials for classes without the approval of professors. The university does not know when or where these banks exist, so they are very hard to monitor, Terhune said. Given that membership in these organizations is sometimes expensive, particularly Greek organizations, the availability of extra materials to members creates inequity.

“It gives those students in these organizations an advantage or a benefit,” Greene said. “And that was a piece of it that really spoke to the faculty. I think that people were interested in the advantages to giving greater access– that actually if you give extra material and problems to students, they will understand the material more deeply.”

Upon the creation of the universal repository, organizations can keep their individual test banks and will not be prosecuted, Swinford said. In fact, there is no rule preventing organizations from maintaining test banks, so long that they don’t include tests that professors have indicated are not allowed to be shared or included in such repositories, Swinford said.

“Our goal is rather than cracking down on those test banks, we create such a great communal test bank that every participates in, that has enough materials, that people just go straight to this, that these privatized test banks just are no longer very relevant,” Swinford said.

A major next step toward finalizing the repository is educating the faculty on the proposal and gain their support. While the students have met with the four undergraduate deans and have received the support from the Faculty Senate’s Student Life Committee, the students plan to continue to work with the deans to connect with faculty. VSG hopes to meet with as many professors as possible, Swinford said.

Another crucial part of implementation is developing the online infrastructure. In addition to collaborating with administration, VSG is working with The Center for Teaching, which runs Brightspace, in order to work out the technical aspects of the repository.

The logistics and institutional structure of the bank, such as who would be responsible for going through material submissions, are yet to be determined. Whether that be through an existing office or a VSG committee, there should be some sort of permanent administrative structure that can hold for years to come, Gardner-Serna said.

To promote the repository’s success, VSG has met with student organizations such as the Multicultural Leadership Council (MLC) and Greek Life organizations, which the proposal names as examples of organizations with current test banks. Institutionalizing cooperation on the project between VSG and as many organizations on-campus as possible is a top priority, Gardner-Serna said.

“At the end of the day, what’s great about this is everyone is going to benefit, so everyone should participate in making it,” Swinford said.