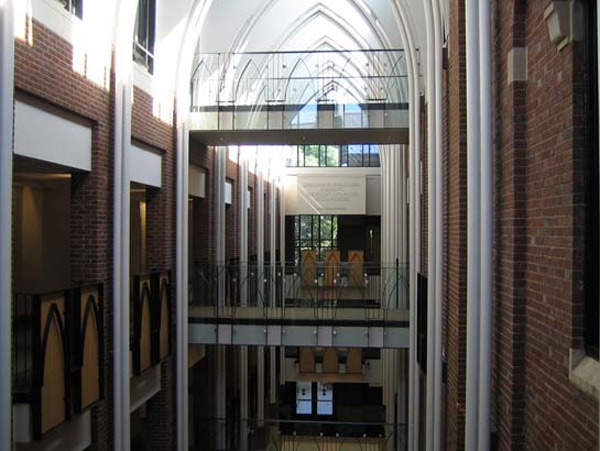 When the National Labor Relations Board granted graduate students at private universities the right to unionize in August 2016, Vanderbilt graduate students seized their opportunity. A student-led organization called Graduate Workers United (GWU) formed that fall to begin organizing their own labor union on campus.

Two and a half years later, GWU continues cultivating graduate student support for unionization, while the university continues to oppose this prospect. Although the university refuses to officially recognize or negotiate with GWU, the group has nevertheless drawn administration’s attention to graduate student issues, said Kelly Swope, a fourth year PhD student in the philosophy department and a member of GWU’s organizing committee.

When Deans John Geer and David Wright announced in Fall 2018 that graduate student carrels would be moved from Buttrick Hall to Central Library, GWU members helped organize an advisory committee to express graduate student concerns about the move. Last week, the GWU distributed an open letter to the deans that expressed their frustrations about broken promises and lack of transparency around the carrels situation. The letter, which currently has 62 signatures, aimed to pressure administrators to address the issues forthrightly with graduate students, Swope said.

Graduate students had little say in the decision to move the carrels and in the resulting planning process, but unionization could change that. If graduate students unionized, union representatives would have a voice and a vote in decisions directly affecting graduate student labor, Swope said.

Additionally, a union would put pressure on Vanderbilt to allot more money for graduate student concerns, Swope said, which might detract from other university priorities.

In their arguments against unionization, members of Vanderbilt administration emphasize an education-first philosophy.

“Unionization will convert the student/teacher relationship to that of supervisor/supervisee, which is unduly formal and legalistic, rather than personal and flexible,” Dean Mark Wallace and Dean John Geer wrote in an email to the Hustler. “We believe this to be at odds with the strong academic partnership that is formed between students and mentors and that represents a central element of the graduate student educational experience.”

Vanderbilt also opposes graduate student unionization because administrators feel it would add an unnecessary third party to the relationship between graduate students and the university.

“Instead of one team united toward advancing learning, discovery and degree attainment, the University and its students could end up being on what feels like two opposing teams, divided by a third entity, a union, that neither knows Vanderbilt nor cares about the quality of the educational experience,” Provost Susan Wente and Dean Mark Wallace wrote in an email to graduate students responding to the NLRB ruling in February 2017.

Swope said that unionization wouldn’t add a third party to the relationship between graduate students and administration. After all, the organizing committee and the union members would all be Vanderbilt graduate students. Unionization would simply formalize the relationship between students and the administration and make their agreements binding, Swope said.

According to Alex Korsunsky, a fourth year PhD student in the department of anthropology, unionization would provide important checks against the abuses of power that frequently occur in mentor-mentee relationships in graduate school. Overall, it would make the workplace more democratic.

“The university doesn’t belong to the administrators,” Korsunsky said. “They have an important role here, but it’s an institution that’s supposed to serve undergrads and grad students and faculty and staff. It belongs to all of us and it seems really important that everybody have a stake in running it.”

Becoming a formally recognized union is a multi-step process, and GWU is only in the first stage, Swope said. Currently, it aims to spread awareness and garner graduate student support for a union. Once it believes that there is sufficient support for a union, GWU would partner with an established labor union to work through three rounds of voting.

Graduate students would then vote on whether to vote at all about a union. If 30 percent of eligible students agree to vote, a second, official vote would be held to decide for or against unionization. If the majority vote supports unionization, the university administration may appeal this result. The union and the university must negotiate these appeals and the NLRB must acknowledge the vote as legitimate before the union becomes an official body. Once official, it can begin to negotiate official collective bargaining agreements with the university, Swope wrote in an email to the Hustler.

Several factors indicate that Vanderbilt graduate student unionization, if it comes at all, is still at least a few years away. On a national level, the NLRB currently includes three President Trump appointees. These appointees would jump at the chance to overturn the precedent set by the Obama administration, Korsunsky said. Labor unions across the country hesitate to bring any graduate student union cases before the NLRB at the moment, because they fear the Board would retract graduate students’ right to unionize, Korsunsky said.

On a local level, administrators and even students themselves at private universities remain unfamiliar with the concept of graduate student unionization. Building acceptance and support for the idea will most likely take several years, Swope said, but he remains hopeful that graduate students at Vanderbilt and across the country will succeed.

“If universities at the top can acknowledge that graduate student labor is labor and it’s important and it deserves a seat at the table, that would be a huge step forward in making this a more enlightened workplace,” Swope said.