SCHULMAN: The crackdown on teen vaping is missing a key component

Without a program to transition teens away from Juuls, efforts to restrict adolescent access may do more harm than good 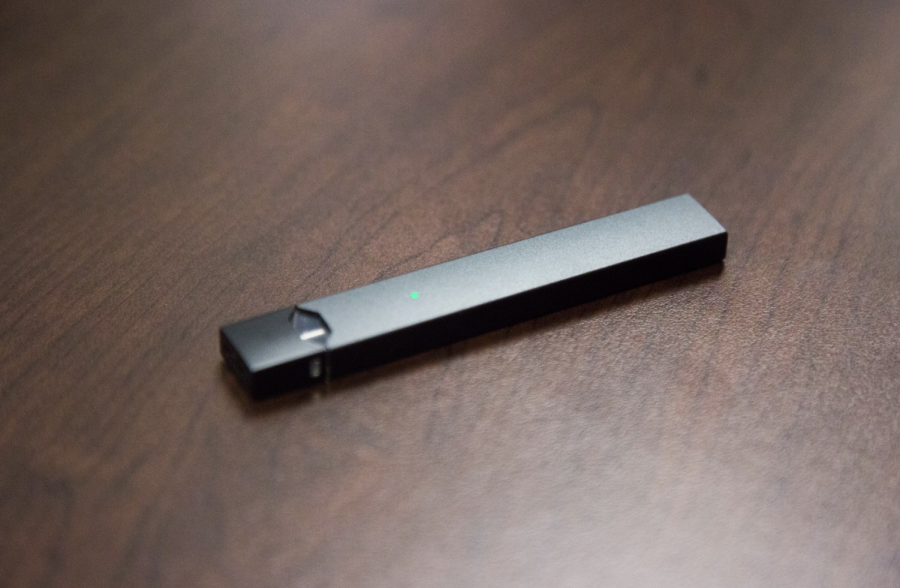 The Juul is the most commonly used vaporizer on the market. Photo by Hunter Long // The Vanderbilt Hustler

Teen vaping is ubiquitous. From Branscomb’s Lupton Lounge to Mayfield singles to your younger sister’s tenth grade bio class, kids are sneaking Juul and Suorin rips under the cover of long sleeve shirts or their mighty inhales.

While we often make light of the issue, teen e-cig usage is a serious public health problem. The devices contain nicotine, which the Center for Disease Control says can “harm adolescent brain development.” Nicotine distorts the way one’s brain operates and develops, altering everything from memory formation to impulse control. A young person’s brain does not stop fully developing until around the age of 25 – flooding it with stimulants may malform one’s mind permanently.

Thankfully, we have seen a concerted response to curb what Surgeon General Vice Adm. Jerome M. Adams has called an “epidemic among youth.” Last year, in a news release, the Food and Drug Administration announced fines and restrictions on e-cig marketing towards kids. States like Illinois have responded with action, raising the age to purchase both vaporizers and cigarettes to 21. The people of Tennessee are likely interested in such measures: a recent poll of 600 registered voters found that 77 percent were concerned about “smoking and other tobacco use among young people.” The legislatures, feeling the pulse of their constituents, have pushed for reform: both chambers of the state congress have introduced bills that would raise the age of purchase for e-cigs and cigarettes to 21. Our representatives should enact these reforms.Banning sales of e-cigs to young people would be an important step in the right direction. Any action that limits young people’s access to nicotine is laudable. But change cannot stop there, because the adolescent use of vaporizers is not the biggest public health risk we face. That risk lies in what tends to accompany e-cig usage: cigarette smoking.

Ironically, Juul and its ilk’s intended purpose was to wean smokers off of their cancer sticks – transitioning the addicted from carcinogenic substances to “cleaner,” noncombustible forms of inhalation. But the very behavior that they were supposed to attack – smoking –has been on the rise among teens. The National Institute of Drug Abuse found that, within six months of their first use, nearly a third of teen e-cig users started smoking cigarettes. That’s nearly four times the rate of teens who don’t use e-cigarettes. That study came out before the FDA regulations were enacted, when there was less incentive to switch from Juul to cigarettes because Juuls were easier to purchase. The cost of teen vaping may pale in comparison to heightened rates of teen smoking, as the economic and physical costs take a toll on our infrastructure and bodies. In Tennessee, “health and social services” spending comprises nearly half of the state’s budget; this burden would only increase the strain high health spending would have of government expenses and taxation. Additionally, the Volunteer state has the fourth-highest incidence of lung cancer in the country – a position that would only worsen with a transition from teen vaping to teen smoking, considering Tennessee has four percent more people under the age of 18 than the national average.
truly effective public health solutions acknowledge the target population’s behavior. And whether or not one wants to admit it, teen smoking is on the rise.
Simultaneously increasing the age of purchase for both e-cigs and cigarettes is smart – the move acknowledges that people will transition to cigarettes if they lose access to e-cigs. But that doesn’t mean users won’t look for loose cigarettes or get an older friend to buy a pack for them. Additional action is necessary. If federal and state governments are truly concerned with young people’s welfare, they must take another step: setting up an initiative to fill the nicotine vacuum when young users lose their access to Juuls and cigarettes.

The government must take some kind of action. One solution may be to provide an alternative for teens addicted to Juul. Perhaps federal or state governments could subsidize a program in which public health centers or even convenience stores accept the return of Juuls from addicted minors in exchange for free/low-cost weaning products, like nicotine gum or patches. College campuses could even step in, providing these services at their student health centers. Critics of such programs may argue that providing transition services encourages use, but truly effective public health solutions acknowledge the target population’s behavior. And whether or not one wants to admit it, teen smoking is on the rise.

While the cable news drama over teen vaping may seem alarmist and at times hilarious, the spirit of the concern is valid. But the action taken to improve teen health must extend past retroactive anti-vaping policies and into preventive anti-smoking policies. Only then will we be able to own the title of “the generation that ends smoking.”

Max Schulman is a sophomore in the College of Arts and Science. He can be reached at [email protected]