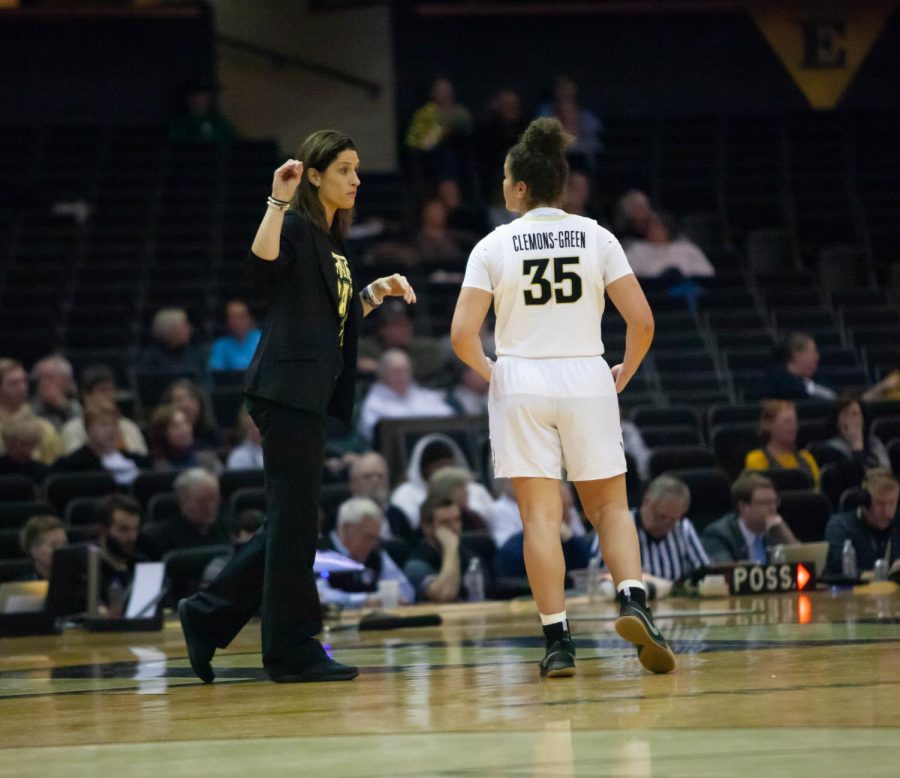 There’s no question that Vanderbilt’s women basketball team had to overcome more than their fair share of adversity this past season.

Injuries decimated an already-thin roster to the point where only five players were healthy enough to suit up for the Commodores’ game against Ball State in December.

Freshman Brinae Alexander said, “Every team goes through their own kind of adversity, and that was ours. I think that the main thing we thought was that there were big time teams like Notre Dame, for instance, who only played seven players last year, and they won a national championship, so things could be worse. We were always just thinking about what else could it be, so instead of turning it into a negative thing with only having five players, we turned it into a positive thing and just thinking about how we were ready to get back and we were cheering the other players on. I think it was a whole mindset thing of making us be mentally tough and pushing through and getting over adversity.”

But, even with a small rotation and the constant change of lineups, the team battled back and beat rival Tennessee in Knoxville for the first time in program history in February.

“I think all year long, we had opportunities to show that our team was resilient and battled through adversity and fought night in and night out. I’m extremely proud of our team for continuing to battle through that adversity,” said head coach Stephanie White.

Alexander, a local product from Murfreesboro, described how impactful it was to be a part of history and beat Vanderbilt’s biggest in-state rival.

Alexander said, “That’s probably the one thing I’m probably always going to remember. That’s something I will probably tell my kids. That was what I came here for. That was one of my proudest moments.”

The victory over Tennessee was only Vanderbilt’s second win in conference play this season, but the Commodores fought hard in single-digit losses to SEC foes Auburn, Georgia, Ole Miss and Texas A&M.

She continued, “We were right there with the top teams in the SEC. Just being close isn’t enough, and we need to be willing to put in that extra work over the summer to continue to get better.”

Although the Commodores ended the season with a 7-23 record and a first-round exit in the SEC Tournament, the progress they showed throughout the year and their talent are signs that this team will learn and grow from a trying year.

Fasoula said, “It means a lot just because it showed that the hard work I put in during my redshirt season payed off. I’m thankful I got it, but I wouldn’t have gotten it without my teammates and my coaches trusting me and giving me the ball and putting me in situations where I’ll be successful.”

White praised the duo for their conference honors, but she also emphasized areas of improvement for both.

White said, “I think for Fas, she is the focal point of every team’s defensive scheme, so number one, first and foremost, she needs to continue to get in the best shape possible. She has to continue to get stronger, continue to work on extending her range, and be able to knock down a jump shot.”

White continued, “For Brinae, she needs to get healthy and be able to work on her fitness. Certainly as a freshman coming in, you’re never quite ready for the pace and strength of what SEC basketball is. I thought she handled it extremely well. She needs to work on her mid-range game and getting to the paint a little more, continuing to be more aggressive.”

While the win in Knoxville along with the SEC awards for Alexander and Fasoula were proud moments for the Commodores, there is no question that the team was not satisfied with this season and have high expectations for next year.

Bree Horrocks graduated and Cierra Walker has decided to transfer, but everyone else on the roster will be back for next season. The team has a seven-player recruiting class, which includes two players ranked in ESPN’s Top 100, that will join them in the summer and is expected to make a big impact.

“It’s a big freshman class, it’s a good freshman class and we’re excited for them to come in,” said Fasoula. “As veterans we all know what it’s like and what we want the the culture to be. We’ve experienced lows and we’ve experienced highs so I think that having these veterans on the team along with seven new people coming in, the first thing we want to do is establish a good culture in the program.”

Even with a strong veteran presence, White acknowledged that there will be some growing pains with trying to integrate the large freshman class.

“I think we have to be patient with the fact that it’s going to take some time for them to get to know each other and for them to build that on-court chemistry,” said White. “The big thing for us is that we’re looking for our freshmen to come in and to really just work.”

White continued, “We have a solid core returning, and our freshmen will need to come in and just play within themselves and be able to do what they do best. Our upperclassmen will need to embrace these freshmen and understand that it’s awesome to have more bodies in practice. Some are going to be able to contribute more quickly than others, but they need to embrace them with open arms and help them help us become a better team.”

The Commodores will not use the numerous injuries they suffered as an excuse for their record this season, but it is easy to see that, when fully healthy, this team has a lot of potential. The improvements of key players including Fasoula and Alexander show that the program is moving in the right direction.

White and her players have the utmost confidence that, even in the incredibly tough SEC, the team will be poised to make some noise in the 2019-2020 season.

“We want to be one of the top teams in the SEC and I definitely see us being able to achieve that with the freshman coming in and just with how different all the teams are in the SEC,” said Alexander. “It’s going to be a challenge. It’s a different game every night in the SEC, and it’s a hard game every night.”