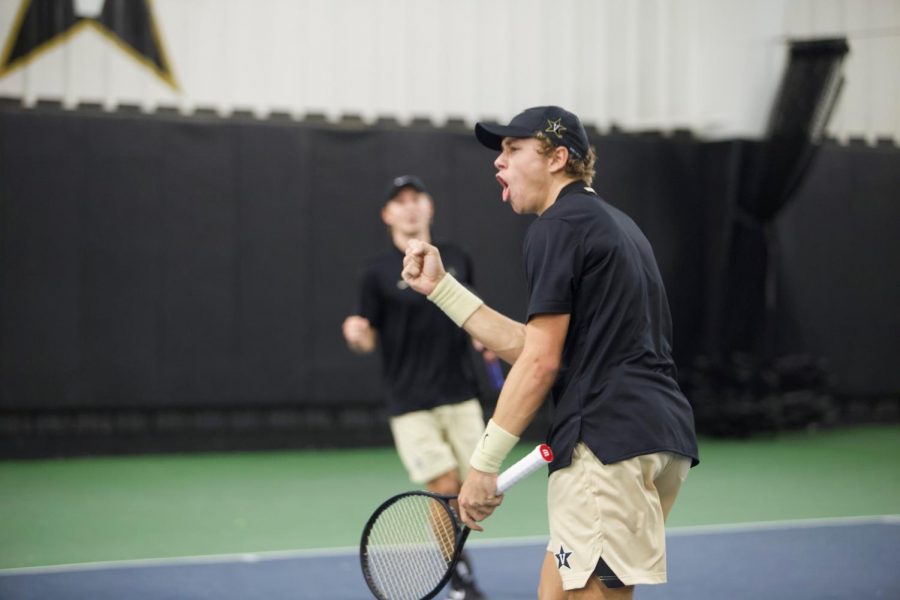 The Vanderbilt Men’s Tennis team lost a heartbreaker to Kentucky on March 29 by a score of 4-3.

The matchup started off with as much intensity as there was when it ended. After the first doubles pairing of Cameron Klinger and Billy Rowe took down Kentucky’s Cesar Bourgois and Kento Yamada 6-4, a 5-3, 40-0 score on the second doubles court looked sure to earn the Commodore’s the first point of the afternoon.

But the Wildcats roared back, winning the third doubles matchup 6-4 and breaking twice to clinch the doubles point with a 7-5 victory.

The nerves seemed to shake Vanderbilt in the singles matchups as Kentucky took commanding leads early on. On the first singles court, Klinger faced an early deficit to Kentucky’s Ryo Matsumura, and never recovered, losing 6-2, 6-3 in a fierce matchup.

At sixth singles, it was the opposite story for the Commodores. Panu Virtanen took the first set quickly against Kentucky’s Parth Aggarwal, and won soundly 6-3, 6-2.

On the fifth singles court, Max Freeman found himself down 3-0 in the first set, only to storm back for a 5-3 lead. Nevertheless, tough play from Kentucky’s Kevin Huempfner earned him a 7-5 first set win and propelled him to a 7-5, 6-1 victory.

Vanderbilt’s Macsen Sisam lost a close first set, 4-6, on the fourth singles court. But with Kentucky up 3-1, the crowd got behind Sisam, driving him to an impressive three-set victory over Bourgois by a score of 4-6, 6-3, 6-2.

The Commodores trailed 3-2 when George Harwell found himself down 4-2 in the second set against Kentucky’s Enzo Wallart. After evening it up at 4-4, Wallart held serve and won three straight points for a 5-4, 0-40 lead. Harwell evened it up at deuce to prove he could compete with the match on the line, but eventually fell by a score of 6-4 6-4, clinching the match for the Wildcats.

Rowe won a consolation match against Kentucky’s Yamada 7-5, 7-6, showing resiliency in his victory after giving up a 5-2 second set lead.

The Commodores will look to end their three-match losing streak as they face LSU on Thursday, April 4. The match will begin at 2:00 CT.