Sports Staff Roundtable: What should Malcolm Turner look for in a coach? 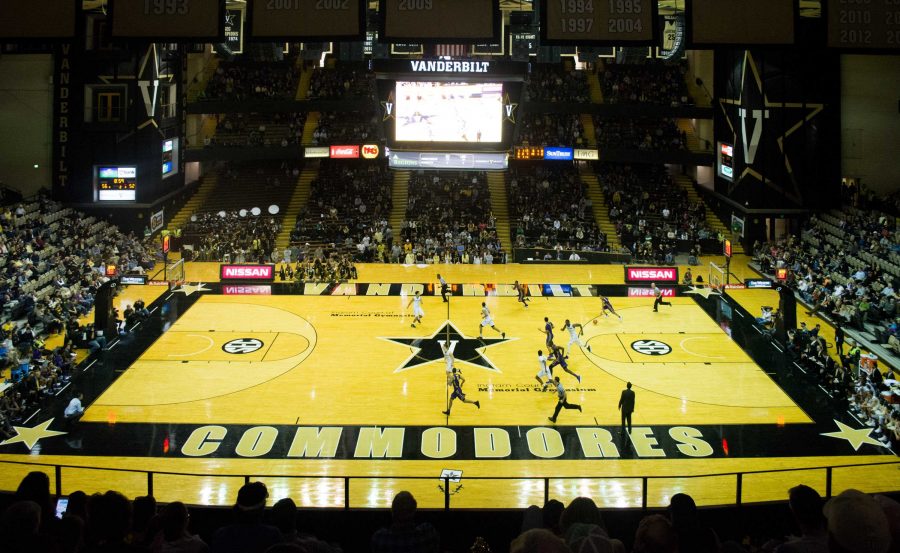 With the search ongoing, we asked our sports staff the following question:

How should Malcolm Turner approach this coaching search? What should he be looking for?

This is what they had to say.

This is truly a program-defining coaching search for Malcolm Turner and Vanderbilt Athletics. It’s safe to say Turner would not have fired Bryce Drew if he didn’t have some sort of idea of who he would want to replace him. The new coach will have the task of rebuilding a once proud program, and that’s why Turner must find someone that has experience. That will be the biggest factor that Turner should be looking at. Turner doesn’t need to go out and find someone with decades of coaching experience or anything, but ideally someone who has led assistant positions and has held multiple other coaching positions. Drew had only coached at his alma mater, Valparaiso, prior to coming to Vanderbilt, and that inexperienced showed in some of his coaching decisions. In addition, Turner needs to find a motivator that can create a culture of accountability and togetherness. Former coach Kevin Stallings’ temper was toxic at times while he was in charge of the program, and it seemed Drew lacked the ability to motivate his team in certain scenarios. Essentially, Vanderbilt’s last two coaches have been polar opposite personalities, and the next coach should fall somewhere in the middle. One person that checks these boxes is Johnny Dawkins from UCF, who has plenty of experience across the collegiate ranks. Plus, the viral clip of his speech to his team after narrowly falling to Duke in the NCAA Tournament shows he has the ability to win over a locker room. Those two qualities are essential for finding the right coach at Vanderbilt.

Malcolm Turner made his first headline-grabbing move as athletic director when he fired Bryce Drew. The second, and arguably more important, move that he will make will be replacing Drew. Finding coaches who will be interested in taking over a team coming off the worst two seasons in school history will be challenging. For most major-conference coaches, Vanderbilt is a lateral move at best and a major downgrade at worst. Although Turner has started to make his mark on Athletics in his first few weeks as athletic director, Vanderbilt historically has failed to invest heavily in athletics, especially stadium renovations. Turner needs to hire someone who can energize a fan base that’s been drained over this past year and who can help Turner convince boosters and the Vanderbilt administration to invest in Memorial Gym renovations. Turner should take a long look at Shaka Smart, Texas’ head coach who has a $12.9 million buyout, but is on the hot seat after failing to make the NCAA Tournament two of the last three seasons. If Texas fires him, he could be a great fit at Vanderbilt, where he can bring over the man-to-man press defense called Havoc that he used at VCU to make the Final Four. Smart would make Vanderbilt basketball exciting for the first time in recent memory.

As Vanderbilt begins its coaching search, new Athletic Director Malcolm Turner needs to look for someone who can help build a new brand of Vanderbilt Basketball.  Someone who can bring a unique, cutting edge environment that can help separate Vanderbilt from other SEC programs. And once a new coach can create a brand, he can then work on actually developing his recruits.

While Bryce Drew was a fabulous recruiter, there was little evidence of the development of promising talents like Saben Lee and Simi Shittu. A school like Vanderbilt will never be able to rely on winning through attracting five star after five star like Duke and Kentucky.  But where I think Vanderbilt can excel is through a Villanova type model. Villanova uses toughness, grit and experience to get results and while Coach Jay Wright does not recruit the top talent, he recruits the right guys for his system and then develops them into great college basketball players over the course of three and four years.  I want to see Vanderbilt attract a coach willing to not have a plethora of five stars, but someone who is willing to recruit the right type of guys who are going to dedicate themselves to this university for multiple years. The only way a small school like Vanderbilt can really compete with the Kentuckys and Tennessees of college basketball is by using experience, grit and development to outplay the young one-and-dones of the bigger SEC universities.

With Bryce Drew’s firing, it is clear that Malcolm Turner is ready to change Vanderbilt’s Athletic Department. His next decision in finding the right head coach for the men’s basketball program will likely define his first years as the new Athletic Director. He should look at every possible option, from big-name free agents, to young and up-and-coming coaches, to G-League candidates. While it is unclear just how attractive the open position is, Turner should knock on every door possible to find the right person to lead the program into the future. One of his main goals should be to get someone relatively young, though not inexperienced.

While Vanderbilt fans obviously want to win now, Turner should look for someone who has the potential to be the Commodores’ head coach for a very long time. Another crucial quality Vanderbilt’s next coach needs is a clear coaching identity. While Drew was an excellent recruiter, his teams lacked a fundamental playing style on both offense and defense. Having a coach with excellent systems on both ends of the floor would allow Vanderbilt to compete with anyone, regardless of how good the recruits are. Malcolm Turner needs a home run on this hiring, and it sure feels like he will swing for the fences. After two of the worst seasons in Vanderbilt basketball history, the future of the program will depend on whomever is hired. Whether it’s Thad Matta, John Thompson III, Johnny Dawkins or someone from the NBA or G-League, Vanderbilt’s next coach will need to make the program their own. Turner has never been afraid of making bold decisions, we trust that he will make the right one.

The next coach at Vanderbilt must be able to not only recruit highly-rated players out of high school but also develop that talent over the years, something that Bryce Drew struggled to do. I think it would better for Turner to stay away from the mid-major route considering the failure with Drew coming from a mid-major school. While Vanderbilt is not necessarily the most attractive job on the market, I do think that there would be a handful of established and successful coaches from power conferences that would be interested.

One name that I think is intriguing is Thad Matta. He’s been out of coaching because of health reasons for a bit, but rumors have it that he is much healthier now. He had success at Ohio State almost every season and I think he would be a good fit at Vanderbilt. One other candidate that is also a long shot, but who I think would be an excellent hire, is Jerry Stackhouse. He and Turner have a connection through the G-League and Stackhouse recently won G-League Coach of the Year.

Whoever does end up becoming the new coach must instill a new culture with no acceptance for mediocrity and an emphasis on fundamentals, which Vanderbilt struggled with throughout Drew’s tenure. Turner’s firing of Drew proved he is ready to change the notion around Vanderbilt Athletics, now it’s up to the next coach to put it into action.

The primary element I think we should expect to see from the next Vanderbilt basketball coach is modernity. Malcolm Turner was selected as AD for his ability to institute change to a sports program that has been relatively set in its ways. In keeping with this, I fully expect Turner to select a coach that can improve the development process of prospects as well as one with experience at higher levels of college basketball.

John Thompson III is a name that has been floated quite a bit, but given his recent lack of success at the otherwise basketball favorable Georgetown, I don’t think he inspires enough confidence to be Vanderbilt’s hire. I very much like the idea of getting Johnny Dawkins from UCF. He is a coach with tenacity, a common criticism of Bryce Drew who was entirely unflappable to the point of sometimes appearing dispassionate. While he would technically be arriving from a mid-major school, the AAC is nothing to scoff at anymore, and he has Power Six experience regardless, having coached Stanford from 2008-2016.

Label this a pick molded by recency bias, but Dawkins just led UCF within one point of unseating Duke and their trio of freshmen phenoms, displaying an ability to motivate his team and gameplan to handle an opponent with greater talent. Given proper support from the AD that would hire him, there is a lot that Dawkins could do with the resources of the Vanderbilt program and fans should be very excited in the event he relocates from Orlando to Nashville.