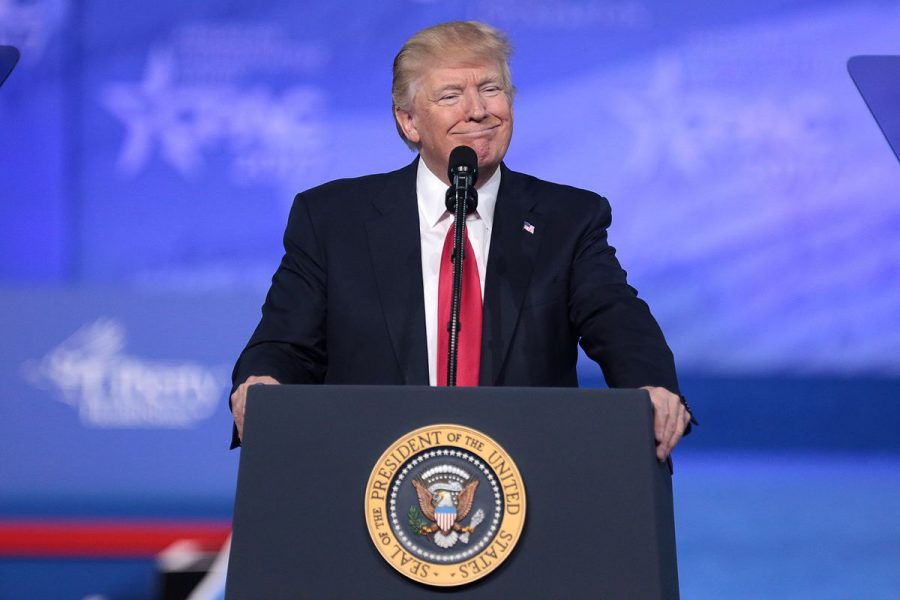 The most recent executive order issued by the Trump administration, entitled “Executive Order on Improving Free Inquiry, Transparency, and Accountability at Colleges and Universities,” was signed by the President on March 21. Its stated aim is to “promote free and open debate on college and university campuses” as well as require universities to provide more financial information to prospective students.

One provision of the order is intended to improve transparency and accountability during the college application process. It aims to prevent colleges and universities, both public and private, from misleading prospective students with vague statements about employment rates post-graduation, among other key indicators. This is a clear net good for the consumer and as such is likely to draw bipartisan support.

However, the other portion of the order has drawn a great deal more attention (and controversy) from the press and the general public. Despite the seemingly harmless claim that it will encourage free speech on college campuses, the order has been read by some as a largely superfluous statement intended to garner support from the Republican base. Others have expressed concern over the potential executive overreach that it allows for: the order directs the Office of Management and Budget to ensure that institutions of higher education which receive federal funding are compliant with the First Amendment. What would noncompliance look like? Potentially, denying conservative speakers a platform on campus. While the order may prove a functionally redundant but politically beneficial move in the lead-up to 2020, the sentiment behind it is a cause for concern.
neither Trump’s latest order nor any other action taken by the federal government will be able to revitalize healthy, open dialogue on campus and in the wider society.
Last year, I wrote an article entitled “Alex Jones and the free speech question” that urged caution at a time when flippant attitudes toward censorship seemed to be on the rise. Even when that censorship is practiced by private entities well within their rights to do so, I argued and continue to argue that banning and deplatforming, in most cases, goes against the spirit of the First Amendment and long-standing tradition of open dialogue in institutions of higher education.

However, as I stated in the article, while censorship practiced by private companies or universities should not be taken lightly, it clearly does not fall under the purview of federal or Constitutional law. In the case of the American college campus, neither Trump’s latest order nor any other action taken by the federal government will be able to revitalize healthy, open dialogue on campus and in the wider society.

If anything, by threatening to withhold funding from colleges that refuse to host potentially controversial speakers, the order itself goes against the spirit of the First Amendment: private schools, with the input of their students, should be able to decide who to host without any kind of interference or influence from the government. While the order does not force campuses to accept unpopular speakers, it does come worryingly close to a decidedly un-American brand of state-sponsored “encouragement.”

Furthermore, the vague wording of the order (what precisely would constitute a violation of free speech is not defined, for example) opens the door to the possibility of misinterpretation and misuse. The use of the term “free speech” in the order – without a clear, accompanying legal definition – seems designed to implicitly link private deplatforming with the freedoms enshrined in the First Amendment, which is a blatantly misleading association.

Potential conflicts of interest abound: if a prominent left-wing figure like Alexandria Ocasio-Cortez was denied a platform, would the Trump administration still follow through on its order and deny funding to the offending school? Additionally, in a case where the majority of the student body expressed staunch opposition to a speaker, the university administration would be faced with the uncomfortable choice between representing its students (and simultaneously running the risk of losing government funding) or disregarding them.

Colleges and universities, like any other private entity, should be able to operate free from government influence and intervention except in cases directly involving consumer protection and federal law. While diversity of opinion is undoubtedly an important facet of civil debate (which is why there exists a wealth of material encouraging students to engage with opposing viewpoints rather than crowding them out), government interference in this matter is not only ineffective and unnecessary – it is a clear intrusion into the private sphere.

James Lucas is a junior in the College of Arts and Science. He can be reached at [email protected]