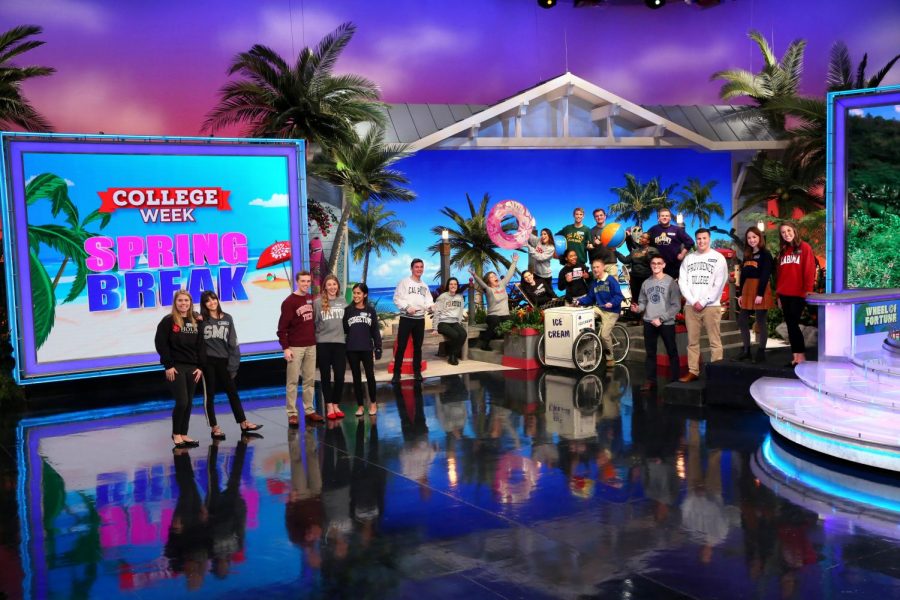 Sophomore Barton Christmas got second place on Wheel of Fortune on Friday night, representing the Vanderbilt community and taking home a total of $15,650.

Christmas’ journey on Wheel of Fortune ironically began when one of his gameshow-loving uncles, who had been a contestant on Family Feud, told him that the Wheelmobile was coming to Nashville. So, at the Nashville fairgrounds this past October, Christmas submitted an application and waited for six hours to be drawn for an audition. When he wasn’t picked, he was sure it was a bust until they announced that they’d still review all of the applications and would contact a select few for callbacks.

About a month later, Christmas got the callback email and found himself in the Marriott downtown with about 60 others learning how to play Wheel of Fortune.

“Up until that day, I had never seen Wheel of Fortune be played, so I was learning how to play as we were going,” Christmas said.

After spinning the wheel for about four hours, taking a written quiz, introducing themselves in a made-for-TV fashion and waiting for two weeks, Christmas got the letter: he was officially a Wheel of Fortune contestant. His family was, of course, ecstatic.

“My parents, I would argue, were more excited about my Wheel of Fortune appearance than my TED talk,” Christmas said.

A lot of preparation went into his appearance; there’s a lot more to it than simply spinning a wheel, which, for the record, is 2,400 pounds.

“I found a Wheel of Fortune game online that I played for an hour a day. I started watching old episodes of College Week and re-memorized the alphabet in Wheel of Fortune order, so I learned which letter comes most often, second-most often and relearned the alphabet,” Christmas said. “It’s EATIRONS. Eat Irons, that’s how it starts.”

“We were all just kind of there for a good time, and it was this really strange thing to have 20 college kids all in this really weird experience that you don’t usually get,” Christmas said.