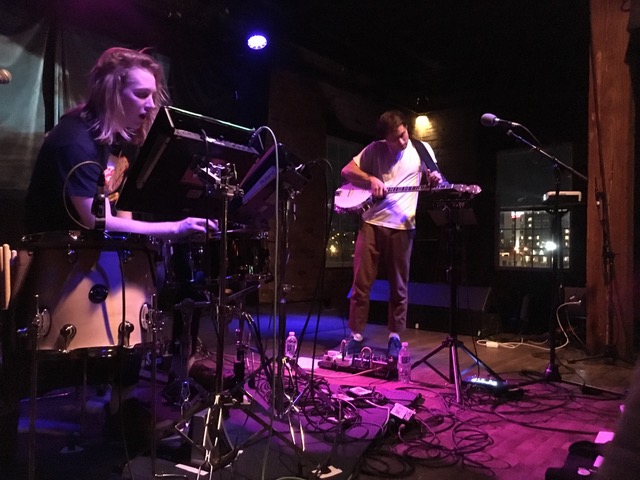 “A really run-of-the-mill phrase like ‘I love you’ is a really beautiful thing to say to someone, but these days that phrase is being used in Quicken Loans commercials and that’s bad, guys, that’s real bad. It forces us to think a little more pointedly about what we want to say to people. Instead of saying ‘I love you,’ be more specific. Next time talk about what temperature they make you feel and what they do to the back of your neck. Tell them what color their love is,” says Adrian Galvin, the man behind Yoke Lore, before he launches into his biggest original hit, “Beige.”

Starting in 2016, Yoke Lore was Galvin’s next move after Yellerkin and Walk the Moon. His show this past Sunday, March 17, was at Nashville’s High Watt. The cozy, grungy space was perfect for his percussion heavy, pop-folk aesthetic, delivered to his adoring fans with banjo in hand.

Up there on stage, there were moments Galvin danced around like no one was watching, thrashing his legs and swaying his upper body vehemently back and forth, fully engaged in the music he was creating—seemingly unaware he was on stage performing in a sold-out show. 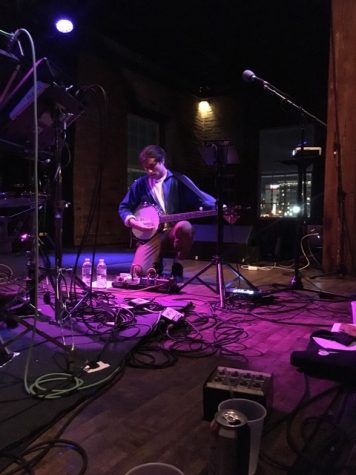 “I always think the sweatshirt is a good idea,” Galvin said, breathless after one of his impromptu dance numbers. “It’s never a good idea.” He then whips off his bright blue hoodie to the excitement of many woo-ing and whistling girls in the front row.

The crowd is an oversized jean jacket, hippie-headband, thick-black framed eyeglasses bunch. Fans sway to his airy, yet powerful vocals, smiles on their faces when they aren’t mouthing the words.

In addition to “Beige,” Galvin’s set included songs off of Absolute, his 2018 EP, “Concrete,” being a particular highlight, a song mulling over his Brooklyn roots and an intrinsic call to the wild he’s felt his whole life. He also sang his hit cover of Savage Garden’s, “Truly Madly Deeply,” which was featured on pop-icon Taylor Swift’s monthly “Songs Taylor Loves” playlist in March 2018 and was a sugar-sweet break between the otherwise mostly deep, penetrating and often dark songs about love and life and searching for identity.

If you want to catch Yoke Lore live, he is continuing his tour in the United States through March 27, before he heads to Europe. Click here for more information.