The day before, VSG passes a bill supporting the movement 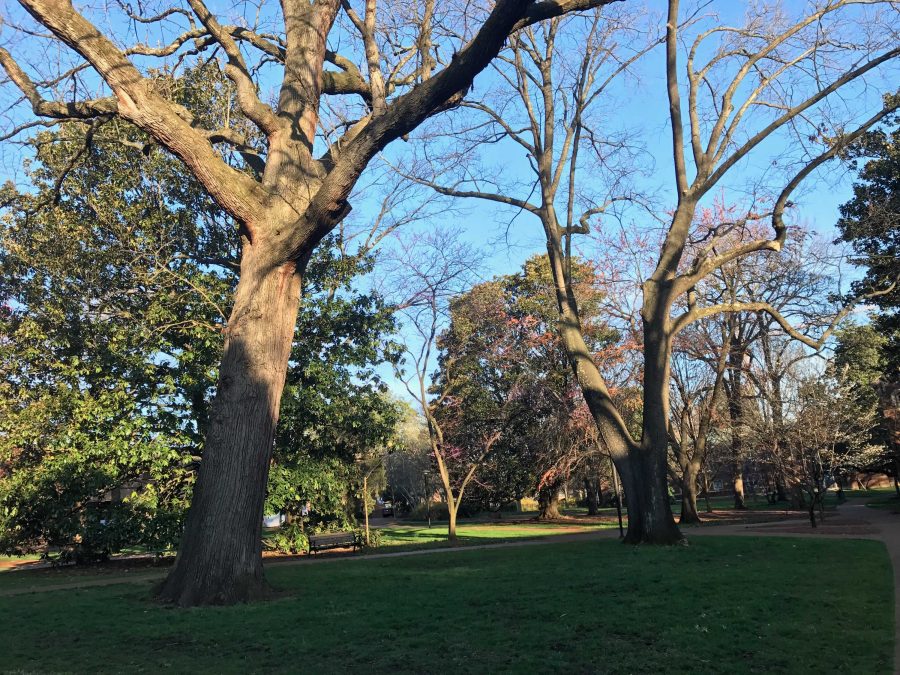 Vanderbilt students petitioning to transition Vanderbilt to 100% clean, renewable energy by 2050 held a second day of action on Thursday, March 14. Volunteers asked students to sign the petition at busy locations on campus.

The 100% renewable campaign aims to transition Vanderbilt University to 100 percent clean, renewable energy by 2050 and to transition all electricity to renewable sources by 2030. The campaign held its first day of action on Jan.31 and collected 2000 signatures.

This second day of action was preceded by a social media day of action on Wednesday, March 13, when students posted on Instagram, Facebook and in GroupMe to raise awareness about the campaign among their peers. Junior Keegan Campanelli, President of Students Promoting Environmental Awareness and Responsibility, and senior Nathan Iyer lead the 100% renewable campaign.

“He definitely felt very positive about what we’re doing, and essentially told us that this is something that is in the hands of Chancellor Zeppos and Vice Chancellor [for Administration] Kopstain right now, and the more student support we get, the better,”  Campanelli said.

After this meeting, the campaign set a goal of 5000 signatures on the petition. To reach this goal, they added day of action petition locations at Kissam Center, Grins Vegetarian Cafe and E. Bronson Ingram College.

The campaign is also reaching out to graduate student organizations focused on global health, environmentalism and sustainability for support in reaching their goal of 5000 signatures.

“They are going to respond pretty significantly if we get that clear student support,” Iyer said. “It’s something they’re listening for. The more support we can show, we’ll have a good chance of locking in a commitment hopefully in the near future.”

The four co-sponsored the bill, which expresses VSG’s support of the 100 percent renewable campaign. On Wednesday, the VSG Undergraduate Senate passed the bill. VSG’s Residential and Environmental Affairs Committee previously signed the petition as one of the 31 campus organizations supporting the campaign.

The petition is powerful because it allows members of the Vanderbilt community to contribute to the fight against climate change in a meaningful way, Iyer said.

“It feels like no matter how much you do, it’s not enough,” Iyer said. “And so by coming together and actually asking for institutional support, what we’re doing is we’re essentially locking in our legacy in Vanderbilt’s history. We’re locking in a commitment over many decades that will actually physically change the amount of massive emissions this institution is releasing.”

The campaign plans to reach out to Zeppos and Kopstain in the coming weeks to schedule a meeting as the next step in securing a commitment from the university to transition to 100 percent renewable energy.

Iyer said that making this commitment would make Vanderbilt a leader in the southeast region and among its peer institutions in using clean energy.

In the short term, the 100 percent renewable campaign is focused on demonstrating student support for its goals.

“At the end of the day, we just want to show them how much students do care about this,” Campanelli said. “It’s just a matter of us putting in the work to demonstrate how much students care. And hopefully that will push them over the edge to really make a strong commitment. Vanderbilt can become a leader in the region and among colleges in the nation in changing the way that we think about energy.”