From Travis Scott to Mumford & Sons, March in Music City has a show for everyone 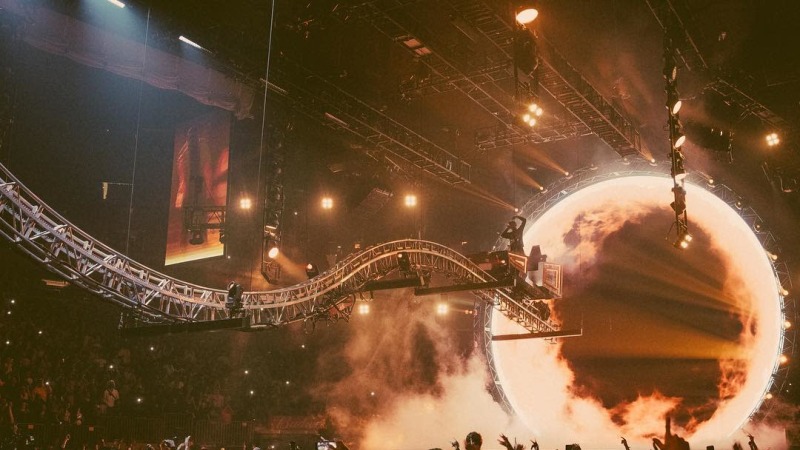 With only six weeks left of second semester, everyone is scrambling to make the most of what time we have left. Thankfully, Music City’s offering dozens of concerts for us to enjoy before we embark on whatever the summer holds for us. The Hustler has gathered the highlights of the best shows to hit Nashville in the coming weeks before we are graced with Soulja Boy’s presence at Rites. I don’t know about you, but I’ll personally be hitting as many of these concerts as I can to ignore the fact that I’m going to be an upperclassman next year.

Travis Scott @ Bridgestone Arena
Wednesday, 3/20
Tickets starting at $26.65 are available here.
Coasting off the enormous success of Astroworld, Travis Scotts riding into Nashville on his literal roller coaster of a tour. With its elaborate stage set ups and thirty song set, this concert will be nothing short of a spectacle that can’t be missed, if seeing “SICKO MODE” live isn’t reason enough.

J.I.D @ The Cannery Ballroom
Friday, 3/22
Tickets starting at $25 are available here.
Up-and-coming Atlanta rapper J.I.D will be lighting up the Mercy Lounge’s Cannery Ballroom later in March on his Catch Me If You Can tour. With hilarious wordplay and incredibly dynamic flows, you won’t want to miss him before he becomes one of Trap’s biggest players.

Mumford and Sons @ Bridgestone Arena
Friday, 3/22
Tickets starting at $75 are available here.
The titan’s of Folk-Pop Mumford & Sons are coming to Bridgestone later this month on their Delta tour. If you’ve ever wanted to see “I Will Wait” or “Little Lion Man” live, now is your chance. This concert will nostalgically throw many of us back to awkward middle school dances, and their grand sound is sure to resonate throughout the arena.

Zac Brown [email protected] Bridgestone Arena
Thursday, 3/28
Tickets starting at $55 are available here.
Country pop juggernaut the Zac Brown Band will be rocking Bridgestone Arena to close out March on their Owl tour. The masterminds behind “Chicken Fried” and “Knee Deep” are bringing in their laid-back philosophy and catchy melodies. Sure to be a Nashville favorite, the band will bring an unforgettable set.