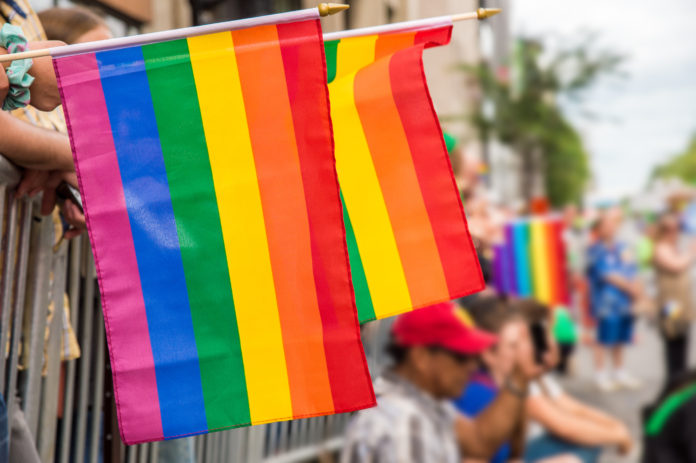 The executive order was prompted by a list of recommendations compiled by the Minority Business Advisory Council, said Joseph Woodson, LGBT Community Liaison for the Mayor’s Office.

The intention behind the bill is that businesses will receive certification as LGBT-owned, and then once businesses are certified, Metro can begin to track how many of these companies are participating in the procurement process and compare the data against other populations, Woodson said. While Metro has been tracking these statistics for women and other minority groups, they had not previously collected data on LGBT-owned businesses, Woodson said. A September study showed that these groups, however, are underutilized in Metro contracting, which led to the unanimous passage of the  Equal Business Opportunity ordinance in the Nashville Metro Council.

“The goal here is to really say diversity is good for business, and Metro is open to business for everybody,” Woodson said. “This empowers me to know that Metro government is open to my business, that I’m welcome here. That’s the message we want everyone to realize.”

The executive order is especially notable in the context of the larger political arena in Tennessee. Other bills, which may be viewed as harmful for the LGBT community, are moving through the state legislature and can create a hostile environment for LGBT people  in Tennessee, Director of the KC Potter Center Chris Purcell said.

This month, Republicans revived the Tennessee Natural Marriage Defense Act, which would prohibit same-sex marriages in Tennessee. Sponsored by Senator Mark Pody and Rep. Jerry Sexton, the bill, which did not pass the Senate last session, states that the 2015 Obergefell v. Hodges decision that established marriage equality is not applicable to Tennessee, whose state Congress had already passed legislation defining marriage as the union of one man and one woman. Furthermore, the national trend of establishing religious exemptions as a mean of excluding LGBT people has manifested itself this month in a series of bills that would allow adoption agencies to discriminate against same-sex couples.

The Vanderbilt community can feel the negative effects of such bills, Purcell said. Notably, potential staff and faculty members who identify as LGBT have approached Purcell with their hesitations about finding acceptance for themselves and their families in Tennessee, Purcell said, and he suggested that the executive order promoting LGBT-owned businesses may serve as an indicator that Nashville is inclusive of LGBT people and ease some apprehension.

“I think there’s a real effort in Nashville to acknowledge the diversity of our city and to build a city that is inclusive and supportive of all folks,” Purcell said. “I think that Nashville is sending those messages, but maybe that is not modeled in politics elsewhere.”

While LGBT students frequently report feeling nervous about the geographical move to Vanderbilt, most of the stress is associated with Tennessee, not with Nashville in particular, said Kayleigh Verboncoeur, the president of the Vanderbilt Lambda Association, the gender and sexuality alliance for undergraduates.

Outside of the executive order, the Mayor’s Office has made other strides toward equality for the LGBT-community. Notably, Woodson is the first LGBT Community Liaison, and he said the creation of this position itself is reflective of the office’s attempt to present a welcoming message for all members of the community.

While the Mayor’s Office is demonstrating its commitment to the LGBT community with this order, progress in other issues facing the LGBT community has fallen short, Purcell said. Complacency has been an issue in the community, notably since the Supreme Court ruling asserting the right to same-sex marriage.

“Many policies and laws are being implemented that will have a severe and detrimental impact,” Purcell said. “But because they don’t have the same publicity or the same type of funding that marriage had, we aren’t paying attention.”

Verboncoeur added that Nashville has the opportunity to serve as a role model for the rest of the state with regards to establishing progressive policies for the LGBT community, but has room for improvement even inside the city’s borders.

She added that Nashville has yet to create legislation that provides services to LGBT youth and those impacted by HIV/AIDS or that bans conversion therapy.

In short, while Briley’s executive order is a step in the right direction for LGBT activists, there is still work to be done to attain equality for LGBT Tennesseans.

“There’s a wealth of issues that Nashville should be tackling, but it would be far better for the state of Tennessee itself to take a stand,” Verboncoeur said. “Municipal policy can only take you so far.”