Hinton speaks on his experience of being wrongfully convicted of murder 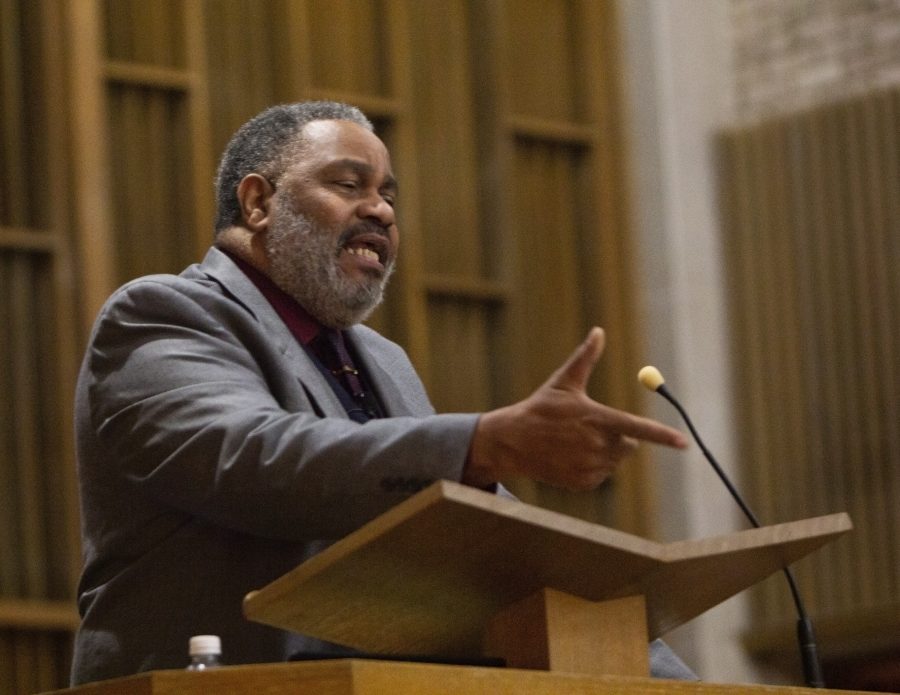 That’s how Anthony Ray Hinton describes the 28 years he spent inside a 5×7 prison cell for a crime he did not commit.

Hinton came to Vanderbilt to share his story Feb. 19 in a discussion and Q&A session moderated by Assistant Dean of Students and Director of the Black Cultural Center Rosevelt Noble. In 1985, Hinton was arrested and convicted of two counts of second degree murder of two restaurant managers who were shot and killed during an armed robbery. He was sentenced to execution, and spent 28 years waiting to be executed, until an Alabama court overturned his conviction in 2015.

He described the hot, July day when two Alabama police detectives came to his mother’s house where he was living and arrested him while he was cutting the grass. Hinton was told that he was being charged with first degree robbery, kidnapping and murder (which was later reduced to two counts of first degree murder). The detective then went on to tell him that there were five things that would without a doubt get him convicted: the color of his skin; the fact that a white man would identify him as the murder; and the fact that the prosecutor, judge, and jury were also all white, Hinton said.

Hinton was found guilty in trial, and was transported to Holman Correctional Facility, where he would spend the next 28 years of his life.

When he first arrived, Hinton was unable to speak for almost three years. A deeply religious man, Hinton had always been faithful prior to his incarceration. But once he was inside that prison, his faith began to waver. The only thing in his 5×7 cell was a Bible. Hinton remembers immediately throwing it on the floor.

A few years passed until Hinton received the help of Bryan Stevenson, founder of the Equal Justice Initiative. Mr. Stevenson has been advocating for minorities and the poor who have had unfair rulings.

Stevenson reexamined Hinton’s case, and decided that presenting the revolver that was seized from Hinton’s home and proving that the weapon had not been fired in 25 years was the best evidence to prove Hinton’s innocence. 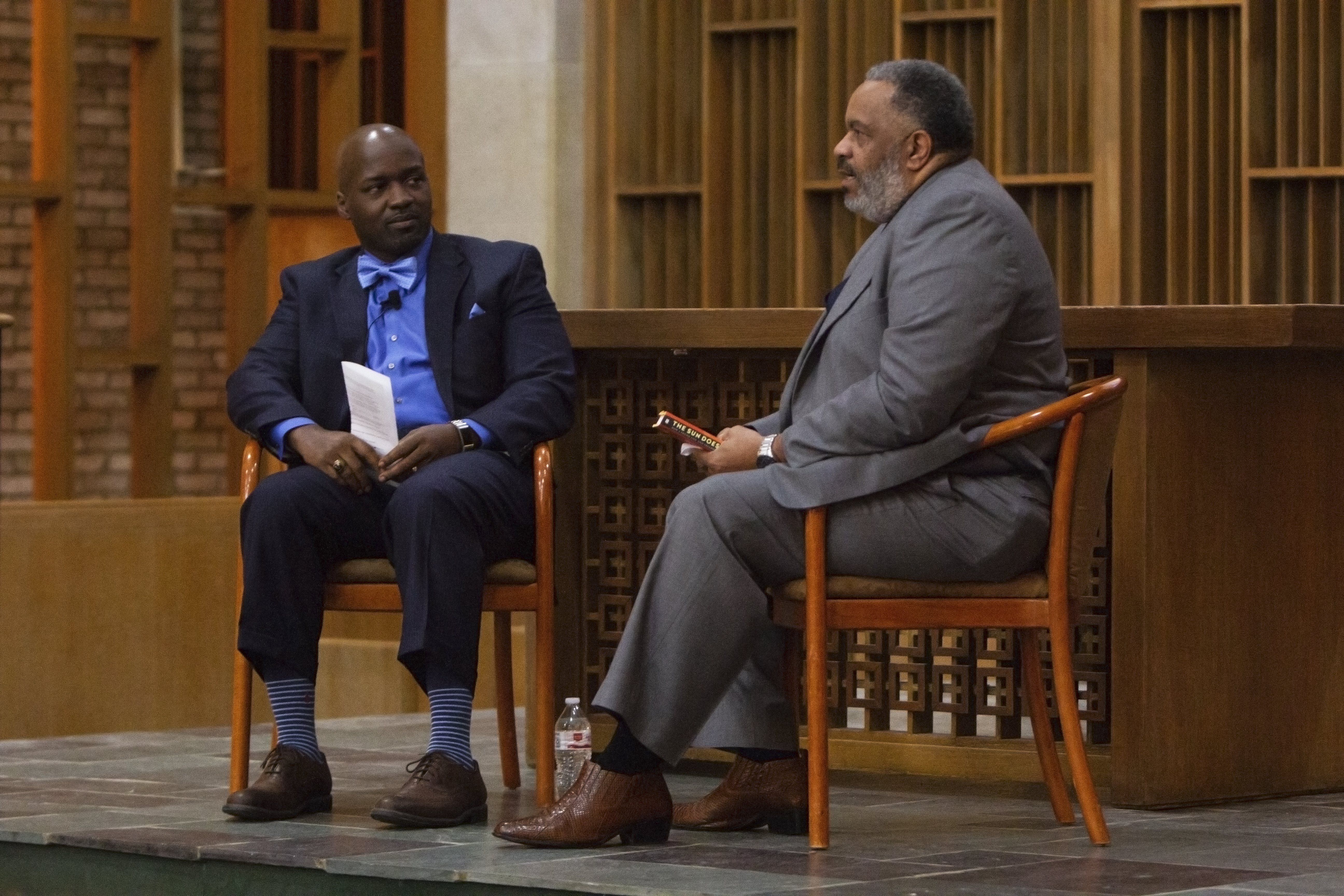 Three experts examined the weapon and were able to confirm that the gun seized form Hinton’s home was not the one used in the murders. When the case returned to court, Hinton’s defense cited the experts and argued that he was wrongly convicted. Still, the court held a guilty verdict, and the Alabama Supreme Court denied review.

It wasn’t until the Supreme Court heard his case did Hinton’s fate change. The Court vacated the lower court’s decision and remanded the case. The state of Alabama then moved to drop the case, and Hinton was released from prison on April 3, 2015.

Hinton implored the crowd to use his case as inspiration to call for change in our justice system which is broken, and there are few people are trying to do anything about it, he said.

After hearing Mr. Hinton’s discussion of his experience, second-year Jake Schenthal reflected on what the issues embedded in our justice system.

“I think Mr. Hinton’s experience is an epitome of what’s wrong with our justice system,” said Schenthal. “It continues to incarcerate people of color at a much higher rate, and this won’t stop until there is a systematic change…As a country and as humans, we can do better than this,” said Schenthal.

Since his release from prison, Hinton has written a book about his experience titled “The Sun Does Shine.” His book was part of Oprah’s Book Club and is in the process of being made into a movie.

While he is glad to have been cleared of the charges, the story does not end there for Hinton. He still is angry that the Alabama court system denied him justice for so many years, and that situations like his are common place in the justice system today.

“What would you do if they came for you?” Hinton asked the audience.