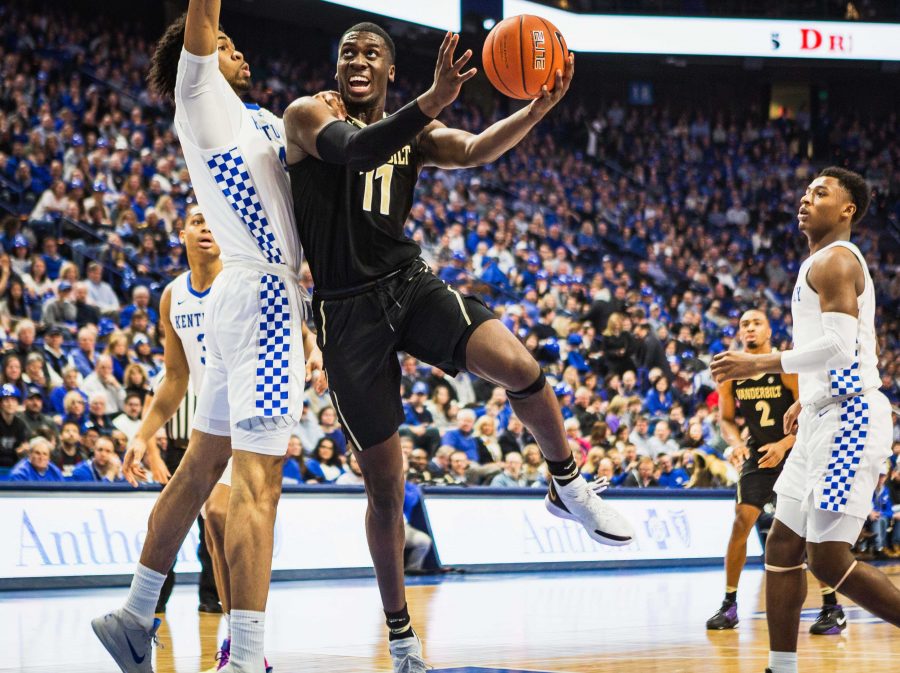 With lots of young and inexperienced talent, the Vanderbilt Commodores have learned some harsh lessons about the mental fortitude required to withstand adversity in the SEC.

That adversity includes when a flagrant foul call turns into a four-point swing in a close game against the top-ranked team in the country.

These young Commodores are learning to withstand adversity that’s outside of their control, such as foul calls. That could come in handy on Tuesday night when Vanderbilt takes on the Kentucky Wildcats at Memorial Gym.

“We didn’t get some calls and stuff like that, so as Coach said, we’re playing five-on-eight now,” freshman forward Simisola Shittu said. “Can’t expect certain calls, can’t expect certain things to go our way, so we’ve got to make sure we have a big enough lead to win the game.”

After the controversial flagrant foul against Clevon Brown late in the Tennessee game, Vanderbilt had numerous chances to pad their lead or take the lead back in the final moments, but failed to score, forcing the game into overtime. Recovering quickly from adversity, no matter what that adversity is, in crunch time could be vital against a resurgent Kentucky team.

Head coach Bryce Drew thinks his team is learning a lot about how to be successful as an SEC basketball team, despite not having a win since the end of December and not having a win against a power-five team since beating Arizona State on December 17th.

With February and March approaching, desperation is kicking in for the Commodores as they seek their first SEC win. However, freshman Aaron Nesmith is optimistic about what will happen once the Commodores get over the hump and get it done.

“The season is going on and on, and yeah, desperation is starting to kick in,” Nesmith said. “We have to win a game, but I know once we get that first win down, they’re just going to start coming in. We just have to remember how to do it again.”

Shittu also thinks that just having the “W” next to their name on the score sheet will go a long way to fixing what’s ailing the Commodores.

“We just need to feel what it feels like to win again because we haven’t won a game in about a month or so,” he said. “I think once you get that winning feeling again, it will make a lot of games easier and then preparation and everything else and closing out games will be easier as well.”

Tuesday night’s game will also have special significance, as it is the last Vanderbilt home athletic event during David Williams’ tenure as athletic director. Malcolm Turner will assume the role starting on Friday.

Senior Joe Toye has been around Williams longer than anybody in the Vanderbilt Basketball program, and he is grateful for the personal relationship he has built with Williams during his four years at Vanderbilt.

Drew, who was hired by Williams nearly three years ago, is also grateful for Williams’ leadership.

“He is what college athletics is about, and through my short tenure here, I’ve realized truly how much he cares for the student-athletes, and how much he cares for things to be done the right way,” Drew said. “I have the most respect for him and he’s a mentor for me. He’ll continue to be a mentor for me, even when he’s not in this position. I feel very fortunate to be able to have worked for him.”

The Commodores and Wildcats tip off at 8 PM CT on Tuesday night.