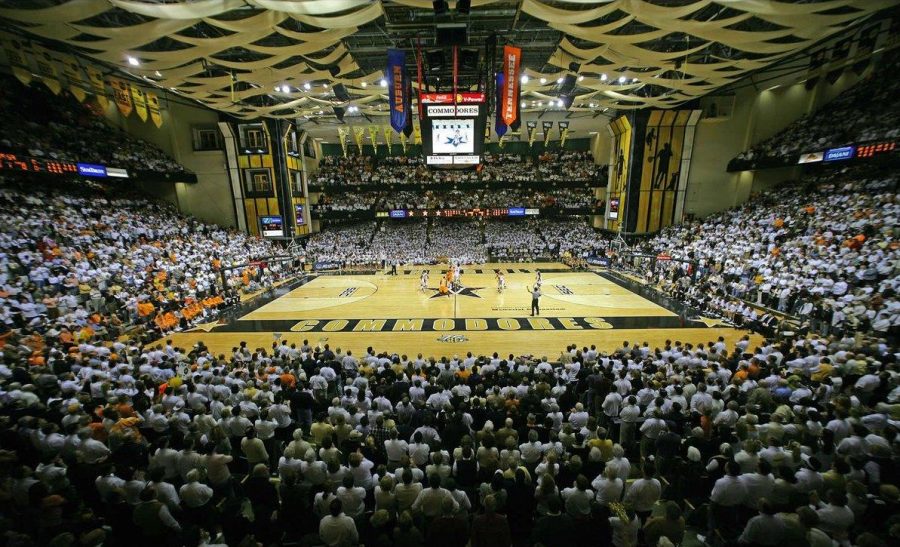 Nearly 11 years ago, the Vanderbilt Commodores welcomed the #1 Tennessee Volunteers to Memorial Gym on a snowy evening in Nashville.

On that February evening, Commodore legend Shan Foster dropped 32 points as Vanderbilt upset Tennessee 72-69. For the second year in a row, Vanderbilt had beaten a top-ranked team at Memorial Gym.

This Wednesday, Vanderbilt will welcome the top-ranked Volunteers tO West End again, although the parallels pretty much end there. The 2018-19 Commodores have lost their first five SEC games, and the Volunteers have been white-hot this season, losing only to then-#1 Kansas in the early part of the season.

However, that historic win in 2008 is still part of Commodore lore, and that’s not lost on this year’s team.

“I’ve kind of read up on that over the last few days,” senior guard Joe Toye said. “I think we were all kind of hoping they would come in #1, because it’s just a bigger opportunity for us.”

In 2008, the Volunteers came to Nashville on short rest after reaching the top spot thanks to a win over Memphis. Vanderbilt was ranked 18th by the Associated Press and had only lost four games so far in that season.

With the top-ranked team coming in, this was a chance to show the world what the Commodores were all about.

In 2007, Vanderbilt had knocked off then-#1 Florida at home en route to a Sweet Sixteen berth. This time around, the game was a “white out,” with all of the Vanderbilt fans decked out in white.

Despite the snowy conditions on the outside, the student body was amped to welcome the top-ranked team from that school to the east.

“Yeah we were pumped,” said David Rutz, a Vanderbilt Hustler sports reporter and future sports editor, who was in the crowd that night. “There was a confidence because a lot of the same guys were back from that team and there was a lot of confidence. I was honestly very confident we would win, because for one thing, Tennessee had a really short turnaround. Obviously, we were up for it because it’s Tennessee and they were #1. The campus was definitely buzzing about it.”

Vanderbilt got off to a hot start in the game, jumping out to a 23-9 lead in the first half before the Volunteers closed the gap before halftime. The game was back-and-forth to start the second half before Vanderbilt pulled away late.

Tennessee kept themselves around, and a last-second heave from mid-court as time expired missed the mark and gave Vanderbilt the three-point victory. Throughout the game, the sold-out crowd undoubtedly played a role.

“The Memorial Magic played an incredible role as the sixth person on the floor for us,” Foster said. “They are not only loud and yelling and screaming and cheering us on, but in pivotal moments, whether someone is trying to hit a free throw or another person is trying to communicate to a player on the other side of the court, it’s those kinds of things. Having our student section going crazy and bringing props. It all feeds into the experience of the game and it gives us energy, it gives us the ability to overcome adversity.”

This time around, the game is sold out, but all indications are that a sizable chunk of those fans will be wearing Tennessee orange. Although, the standard set for hostile environments in Memorial Gym is incredibly difficult to meet.

“Memorial Gym is not what it was,” Rutz said. “A lot of it depends on the players, but it’s just not the ridiculously hard place to play that it was a decade ago. It really was extremely tough for teams to go in and win there. Memorial was an awesome home court advantage. That year, Vanderbilt was actually perfect at home for the whole season. It’s a great home court with the way the sound bounces off of the concrete walls in there.”

Regardless of how the crowd looks or how Vanderbilt has performed in recent weeks, all that matters for this team now is that they have the same opportunity that Foster and those 2008 Commodores had: to beat the school’s biggest rival and the team at the top of the national rankings.

And even through all the changes to both basketball programs over the last 11 years, there will be no love lost on Wednesday night.

“I can remember, I think about two years ago, we went down there and the fans were throwing stuff at us,” Toye said. “It’s kind of crazy.”