Unionization attempt by non-tenure track faculty comes to a close 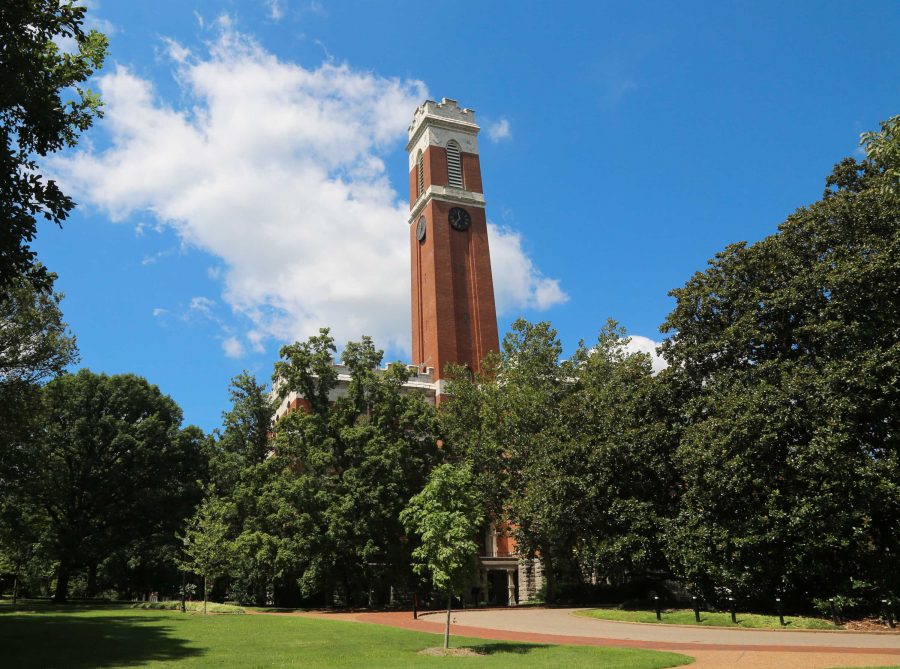 The Service Employees International Union (SEIU) withdrew its petition to unionize Non-Tenure Track (NTT) faculty members in the College of Arts and Science, marking the end of an ongoing movement to unionize NTT faculty at Vanderbilt.

SEIU Local 25 is the Tennessee branch of the union, which represents HealthCare and Public Service Workers. Vanderbilt NTT faculty began to pursue membership of the Union in 2017, according to the SEIU Local 25 website. The recent withdrawal of the SEIU returns power to the hands of the university and ends any pending attempts to unionize NTT faculty members at Vanderbilt.

The SEIU filed a petition for an election with the National Labor Relations Board (NLRB), the federal agency that protects and regulates unions, in February 2017. The election was to determine if the NTT Faculty at Vanderbilt could establish a local chapter of the SEIU and create a collective bargaining unit of NTT faculty. The NTT faculty began to engage with the SEIU because they were already on campus organizing with the graduate students, NTT part-time sociology professor Terrie Spetalnick said.

The main goals of the unionization attempt among the NTT faculty were to gain a voice, develop fair and transparent policy and settle compensation issues, Spetalnick said.

“Unlike adjunct and part time faculty, our full time non-tenure track faculty receive full employee benefits, they’re appointed to renewable terms– one-year,three-year, five-year, and seven-year–they can only be terminated for cause during their appointments, they’re regularly and routinely reappointed. We really value them as colleagues. They have protections of due process and the ability to file grievances under the faculty manual, just like the tenure track and tenured faculty,” Wente said. “They didn’t share a community of interests, and effectively in one unit together, they would be bargaining against each other almost.”

The SEIU altered the petition to be separate between the Divinity School, the Blair School of Music, Peabody College, and the College of Arts and Science, as the university also argued that the different schools lacked a community of shared interests, Wente said.

The elections were held in June 2017. According to a release from Provost Susan Wente following the 2017 election, there were 55 “yes” votes and 40 “no” votes in the College of Arts and Science. Fifty-one votes were challenged, and 193 total faculty were eligible to vote.

“Some examples of why a faculty member may be challenged are because the voter holds an administrative position, the faculty member did not teach a college class during the Spring 2017 semester, or the faculty member quit or was discharged for cause prior to the election” John Geer, then- Vice Provost and current Dean of the College of Arts and Science, said in a July 2017 email.

Ultimately, however, the SEIU withdrew its attempt to represent NTT faculty in the Divinity School, the Blair School of Music and Peabody College soon after the elections. This left the College of Arts and Science as the only remaining school it sought to represent.

The ongoing process of the NLRB’s review of the challenged ballots and Vanderbilt’s following appeals to the Board’s decisions came to a close on November 26 when the SEIU requested to withdraw its petition. On Dec. 6, the NLRB approved the request, ending any attempts of NTT faculty unionization.

The reasons for the SEIU’s withdrawal have not been publicly stated. The Hustler reached out to the SEIU Local 25, who declined to comment and referred to their press statement and website.

“Once a union files a petition, any actions to address concerns or make any improvements are prohibited by law and could result in the filing of ‘unfair labor practice’ charges. That means for the last 21 months our hands have been tied. With the withdrawal of the SEIU petition, we can move forward together to make meaningful and needed changes,” Geer said in a December email.

The NTT faculty, together with the graduate students, have since come together in the Alliance of Faculty Forward and Graduate Workers United, a project led by the SEIU. This group “allows new opportunities to engage with the administration and to widen the network of allies interested in this endeavor without further delays from employer appeals to Labor Board rulings,” according to the SEIU website. The group is an informal alliance to bring NTT faculty together with graduate students, rather than an incorporated organization, Spetalnick said. While the group has not reached to administration yet, they will soon once they further develop their base, according to Spetalnick.

“As you gain an alliance, you understand that the same sort of situations manifest themselves broadly with different nuances, but there’s a core situation that can then be better understood,” Spetalnick said.

However, Wente said the university does not intend on recognizing the group as a representative of either faculty or graduate students, as “in-house unions” are illegal. The group, however, does not identify as such an organization, Spetalnick said. Given that the group has not yet reached out to the university, there has been no communication between the alliance and the administration.

“We are so committed to open dialogue with our faculty, and open dialogue with all of our community, that we have tried to emphasize ‘Let us know what’s going on. Tell us what’s happening.’ That is how we can then work together to find solutions,” Wente said.

The university has tried to address NTT faculty concerns, mostly in the form of continuing previously existing programs, Wente said. Some of these include the continuation of the Faculty Affairs Website, hosting career development workshops geared toward NTT faculty, making available and awarding grants to NTT faculty and creating a new Faculty Development Community that launched over the summer.

“I think that we always have opportunities to improve, just like in the student experience,” Wente said. “It’s never done. We’re always thinking of ways to improve the experience.”

Additionally, town halls to address the concerns of NTT faculty in the College of Arts and Science were held Jan. 14 and 17. The town halls raised a number of concerns, most of which weren’t surprising, Geer said.

“One broad concern is they simply want to feel that the College collectively is paying attention and values their work,” Geer said. “I’m not always sure that we always communicated that as effectively as we should and will be doing.”

More specifically, the NTT faculty members voiced concerns over the lack of clarity in promotion procedures. This issue will likely be solved by the fall, Geer said. The second predominant concern was the limited role of NTT in shared governance– notably the Constitution’s prevention of having NTT faculty on the Faculty Council and the Faculty Senate. In response to this discontent and its reflection in the unionization attempts, ten days ago, a new amendment was proposed to allow NTT faculty to be elected to the council and the senate. It will be put forward to the staff on Jan. 22, Geer said. While there inherently will be a level of modifications and debate by the faculty, Geer is confident that it will pass.

Some other concerns heard at the townhall among the faculty include providing opportunities for leave– parental and research– and providing more support for professional development, Geer said. To start to find solutions to some of these issues, Geer has assembled an Advisory Committee of NTT faculty in the College of Arts and Science.

Overall, the College of Arts and Science has made significant progress on addressing the issues facing NTT, Spetalnick said. In addition to forming the advisory committee and making strides toward including NTT faculty in leadership bodies, the university now keeps an email list of NTT faculty and communicates with them directly as a body, she said. Additionally, compensation issues have begun to be remedied.

“It’s like we have an identity now that we didn’t previously have,” she said.

Geer said working with and listening to faculty and responding to their requests, even if that means telling them that all of their wishes won’t be met, is a crucial part of the administration gaining credibility and making changes. Even though the university can’t check-off all the items on NTT faculty’s list, it can at least reach out to them and acknowledge their demands when they are rejected, he said.

“I’m excited about the possibilities because I think that end result is that the mission of the College of the Arts and Science will be strengthened,” he said. “That’s my responsibility. I want to make sure that we’re teaching the very best we can, doing the very best kinds of discovery, making sure that we’re serving the community, not just here but across the globe.”