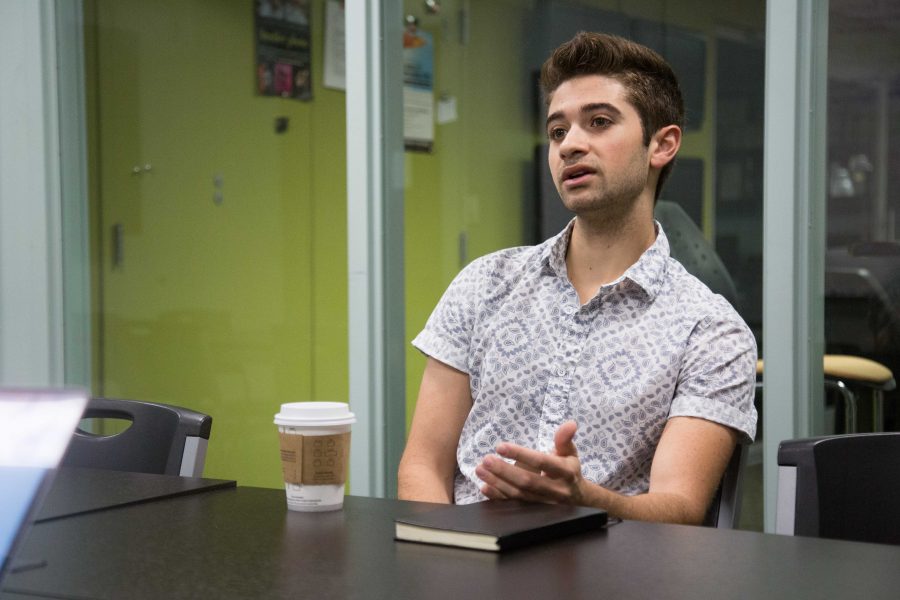 The new Congressional class isn’t the only body attempting to bring changes in the new year– Vanderbilt Student Government (VSG) has a slate of initiatives, changes and events coming to Vanderbilt this Spring. The Hustler sat down with VSG president Tariq Issa to learn more about the major items on the schedule in the coming months.

VSG will be launching a rebrand Jan. 25, including updated logos and publicity scheme. The rebrand is intended to re-orient VSG around student accessibility, responsiveness and transparency. In the coming weeks, VSG’s instagram will feature the different branches and committees on its Instagram page to help familiarize students with the organization before the changes later this month.

“Ultimately, the role of VSG is to serve as the voice for students, to raise student concerns to the administration on a consistent basis,” Issa said. “If we don’t get the students’ concerns, then they’re not going to the administration. The more students that talk to us, the better and the more that we can do.”

The Vanderbilt Leadership Award will be geared toward awarding support to students who hold jobs but also pursue leadership positions on campus. The program will distribute $10,000 annually to ten winning students, $1,000 per individual. Criteria for applying include working a job and taking on a leadership role in the coming year in any kind of organization. The application will open in the end of January and close in February.

Campus Climate Survey will be sent out

The Campus Climate Survey, which concerns sexual assault and misconduct, will be distributed to students in February. It is conducted every four years by the American Association of Universities, of which Chancellor Nicholas Zeppos serves as the Chair. Vanderbilt is one of 33 schools participating in the survey, Issa said. The survey informs the administration of sexual health on campus and the necessary steps to better improve this aspect of student wellbeing, Issa said.

“The more students that participate, the better, because that’s what really can direct the future of sexual assault and how it’s addressed on campus,” Issa said.

The survey will be sent to all undergraduate, graduate, and professional students at Vanderbilt and will open for 30 days, beginning Feb. 1.

The FeaSt program, which provides students the chance to take faculty members to a meal, will now run all year and be open to all dining halls. The program used to run only one week during the year and was limited to Commons and Rand dining halls. Now, students can invite their professors to lunch at Kissam, E. Bronson Ingram, Commons, or Rand at any point throughout the school year.

Interested students will be able to apply online after asking their professor, and the student will then receive two meals on their account designated for the meal. Each student can take advantage of the program once a semester.

It’s On Us Week to be held this spring

Anita Hill’s visit last semester pushed It’s On Us Week, a week focused on sexual safety on campus typically held in the fall, to Feb. 18-22. The week’s programming includes collaboration with Project Safe and the launching of focus groups oriented around giving students the opportunity to give feedback on Vanderbilt’s sexual assault policy, Issa said.