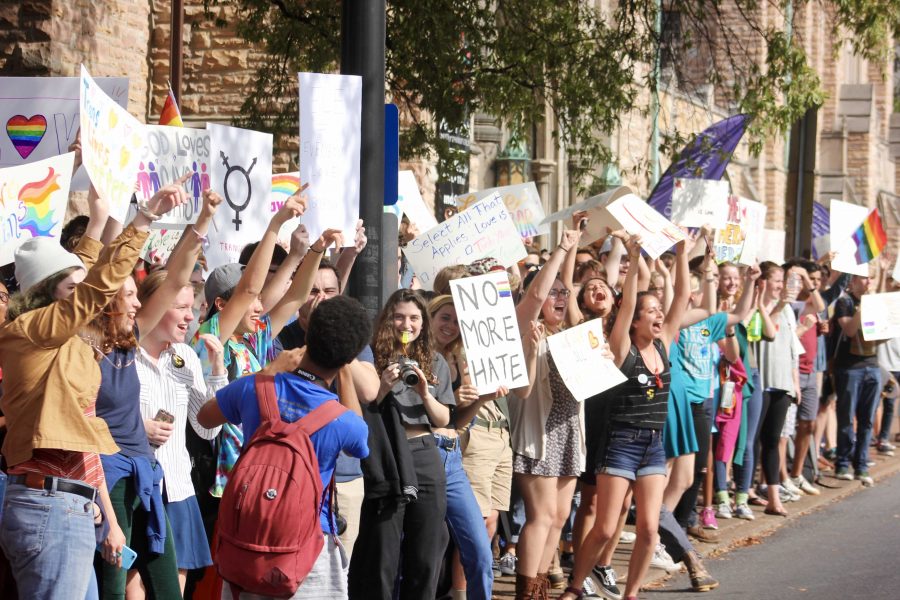 Whistles, laughter, chanting and honking horns of hundreds of students and Nashvillians were more than enough to drown out the small triage of Westboro Baptist Church protesters stationed near Vanderbilt campus Monday morning. The WBC came to Vanderbilt to protest the school’s stance on pronoun usage and was met by a large counter-protest, organized by The Vanderbilt Lambda Association, the gender and sexuality alliance on campus.

“It’s really interesting that so many, not just Vanderbilt organizations, but so many Nashville organizations and institutions came together to make this something awesome,” said Mac Ploetz, Lambda’s president. “I think that the really special part about it is that you can’t do it yourself… I think the fact that there were so many people that had never seen each other before participating in the same unified action was really powerful.” 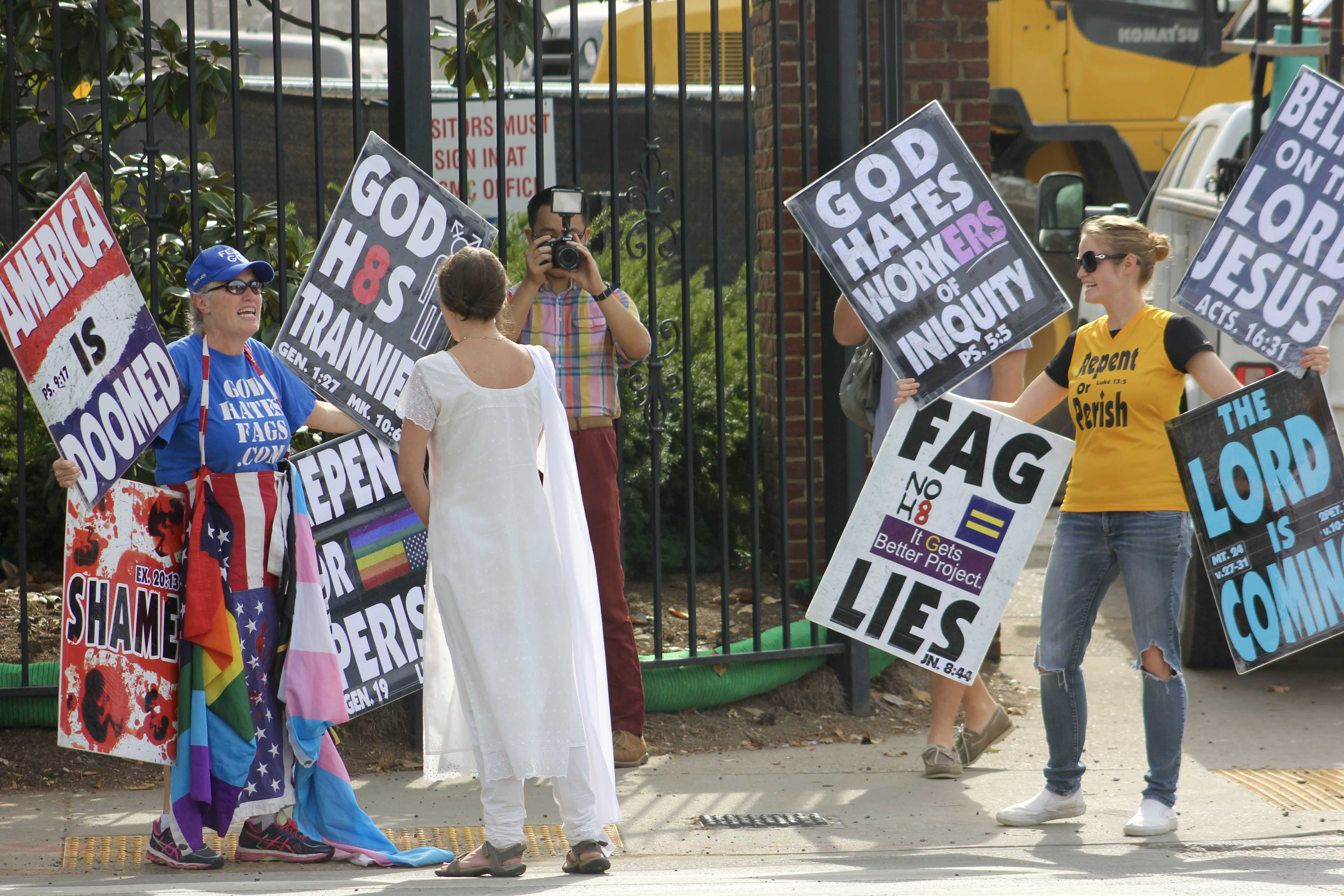 Students began gathering outside of Central Library shortly before WBC protesters were scheduled to arrive. While the crowd at the library grabbed handmade signs, flags, buttons, whistles and stickers, various scouts from Lambda went out across campus to report on the location of the WBC protesters.

Vanderbilt students were joined in their efforts by a group of approximately 70 members of the Gay Straight Alliance of the University School of Nashville, a private k-12 school located across the street from Vanderbilt Commons. The president of USN GSA Henry Hicks said the group had heard about Vanderbilt’s counter protest on Friday and wanted to join in support.

“It was really inspiring to see that there were only three of them and there were so many of us,” Hicks said. “It made me feel so good.”

The principal and teachers of USN gave the students permission to leave school for the protest, where they were a surprise to the protest’s organizers, who were only expecting a handful of smaller Nashville organizations to join the protest.

“I’m so excited to see not only younger students but to see faculty for high schoolers be involved and be willing to participate in a show of solidarity for not only the Vanderbilt community but the LGBTQI+ community in general,” Ploetz said.

The protest itself took place on the sidewalks of 23rd Ave. and West End Ave., with the three of the approximately 40 total WBC representatives on one side of the street and the hundreds of Vanderbilt, USN and local Nashville protesters on the other. According to Ploetz, Lambda only expected three or four WBC protesters anyways.

“They’re so well known that you expect there’s going to be hundreds of people that show up, but the reality of the situation is that the majority of society is so off put by their message and so in tune with who they are so we think that they’re larger than they are,” Ploetz said.

For half an hour, students cheered, chanted, waved signs bearing various pronouns and LGBTQI+ flags, as well as slogans such as “Jesus had two dads and he turned out fine” and “God made me gay.” Ploetz led the group in chanting “Vandy, united, we’ll never be divided” and the protest group shouted “Anchor Down!” as the WBC members began to pack up their signs. After 30 minutes, the WBC representatives left their spot, making their way downtown to OutCentral, Nashville’s LGBT center, and later to the Tennessee General Assembly. The group also protested Belmont University earlier in the day for their support of the transgender community. These protests are all a part of WBC’s road trip across the country, touring college campuses and protesting against collegiate support of transgender issues.

During and after the protest, the K.C. Potter Center functioned as a community space for students to relax and decompress. While the center could have operated as a place for students to go if the WBC presence was triggering, Ploetz said that service was not necessary and the center acted more as a hangout spot, with friendship bracelets, snacks and supportive company. Ploetz said that in the time he got to spend in the center after the protest, he had a real sense that it was a place students could really feel at home, whether or not they were usually involved with the center.

Overall, Ploetz was incredibly proud of what the Vanderbilt and Nashville communities came together to do. He said that while it’s unfortunate there are still groups like WBC that the community must stand up against, it’s wonderful how supportive and united the community is.

“From the general sense that I’ve gotten, people left the protest feeling better than when they came, which was really the goal,” Ploetz said. “We wanted this to be an environment where people gained something. A protest is a point of empowerment.” 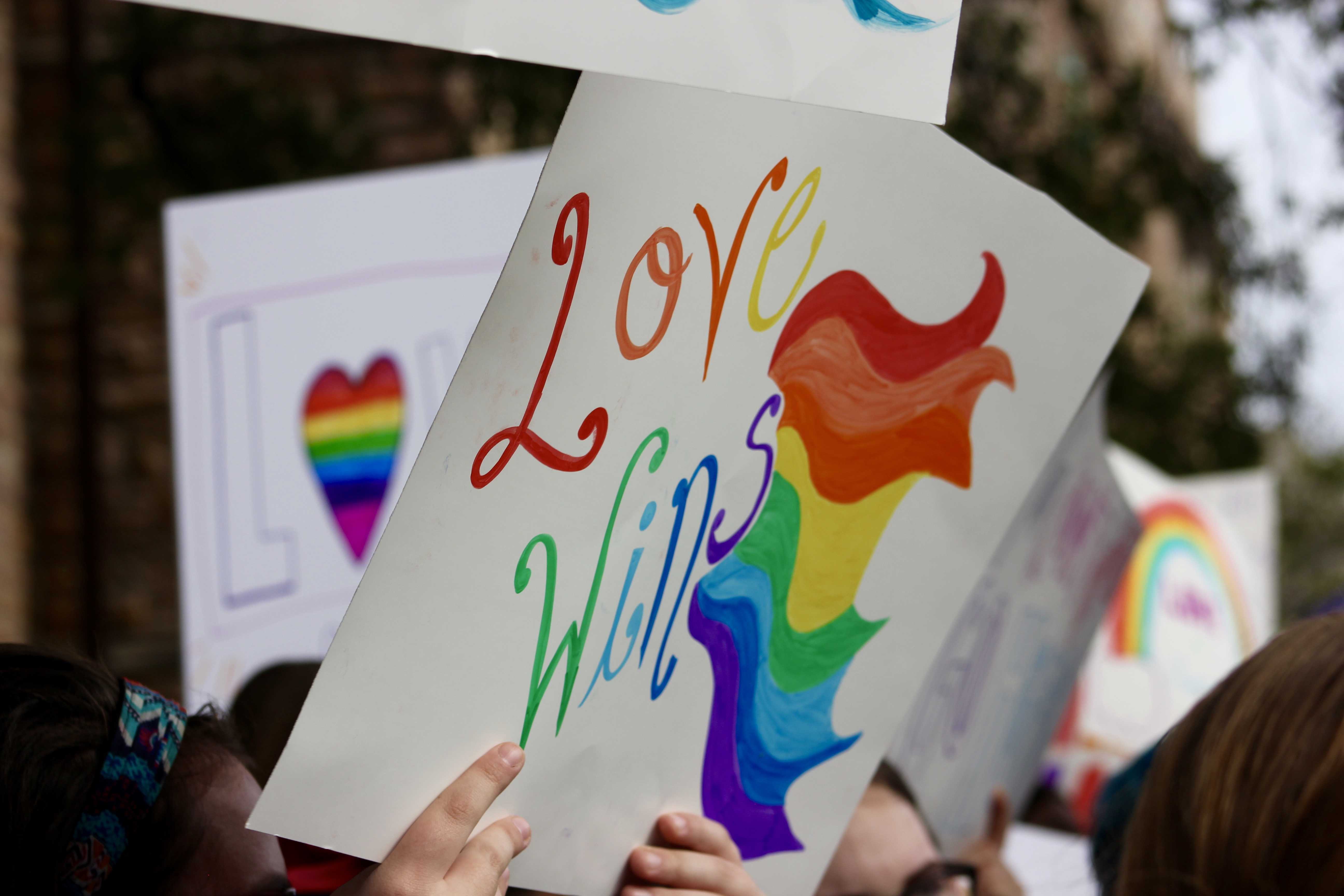 All photos by Lane Dye