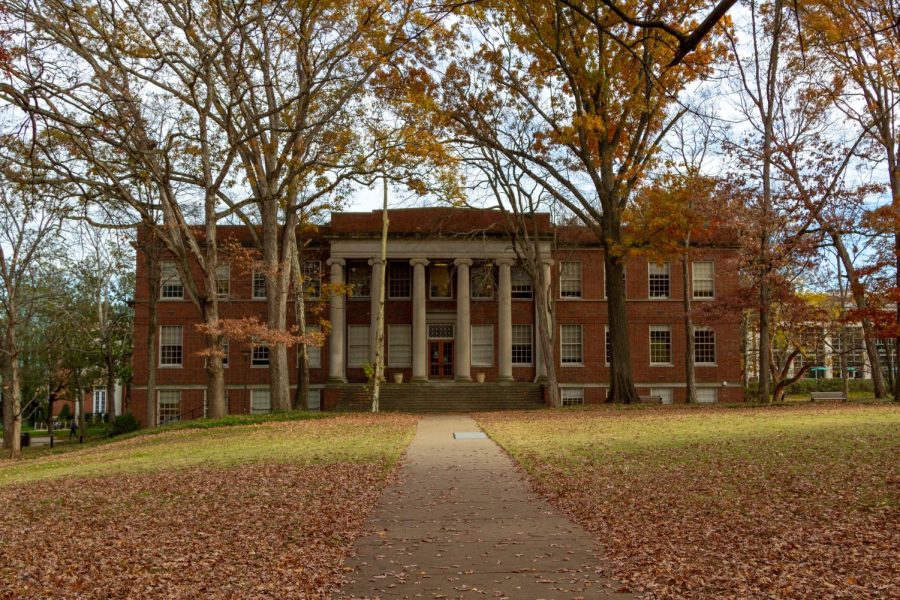 Vanderbilt was ranked No. 13 in the 2023 U.S. News Best College rankings, rising one place to its highest ranking ever. The university was also placed on top rankings in the Princeton Review, including a No. 1 ranking for financial aid.

Vanderbilt ranked No. 13 in the 2023 U.S. News Best Colleges rankings, released on Sept. 11. Vanderbilt tied with Brown University, which it shared the No. 14 ranking with for the past two years. Last year, Washington University in St. Louis had moved up to No. 14 to form a three-way tie but has fallen to No. 15 in this year’s rankings.

These universities lie below Dartmouth College at No. 12 and above Washington University in St. Louis and Rice University, which are tied at No. 15.

“Vanderbilt is dedicated to bringing the world’s best students, faculty and scholars to an inclusive, collaborative community where everyone can realize their potential,” Chancellor Daniel Diermeier said in a Sept. 12 press release. “Though rankings only show part of all that Vanderbilt encompasses, our continued trajectory in the U.S. News rankings is one recognition that we are an extraordinary learning and research community—and a destination for world-class scholars.”

In a June press release, Columbia University Provost Mary Boyce said the university would “refrain from submitting data” to U.S. News and World Report for consideration in the publication’s 2022 undergraduate college rankings. The statement was released as a result of criticism of Columbia’s ranking made by Columbia Mathematics professor Michael Thaddeus. Thaddeus questioned the university’s rise in rankings in his Feb. 22 statement on the Columbia University’s Department of Mathematics website. Columbia University was ranked No. 18 when it debuted on the rankings in 1988, and had since risen to No. 2 in 2021. In a Sept. 9 press release, the university admitted to relying on “outdated and/or incorrect methodologies” in submitting data to U.S. News & World Report for the publication’s 2021 college rankings.

Vanderbilt ranked No. 8 in the U.S. News Best Value Schools list for the second consecutive year, also placing at No. 6 for Best Learning Communities. The Best Value rankings evaluated the gap between affordability and school quality. Affordability was measured based on the average need-based financial aid package given to students. Vanderbilt currently meets 100 percent of students’ demonstrated needs without loans through Opportunity Vanderbilt. Vanderbilt also placed among the best academic programs for Undergraduate Research, Service Learning and First Year Experience.

Like in last year’s rankings, the standardized tests rankings were adjusted due to COVID-19-related cancellations and test-optional policies. For this edition, U.S. News also discontinued its prior practice of discounting schools for reporting SAT/ACT scores on too few new entrants. However, they continued the practice of discounting school’s percentile scores by 15% if they failed to confirm that their reported scores included all students who submitted scores from these categories: athletes, international students, minority students, legacies, those admitted by special arrangement and those who started in the summer term.

While the U.S. News Best Colleges list ranks colleges independently, the Princeton Review ranks colleges in categories based on student feedback in the topic areas of financial aid, campus life and athletic facilities.

On Aug, 22, The Princeton Review ranked Vanderbilt No. 1 for Great Financial Aid and No. 1 for Most Loved University. The university was also awarded top five rankings in categories for best athletic facilities, best student support and counseling services and most beautiful campus.

To create the rankings, the Princeton Review collects student responses to questions that gauge their satisfaction with the different areas outlined above.

According to the university’s Financial Aid website, Vanderbilt meets 100% of students’ demonstrated need for financial aid for domestic and international students without loans. The university gave out $52.7 million in scholarships for the class of 2026.

“Students are drawn to the vibrancy of our campus and city, as well as our outstanding academic programs,” said Douglas L. Christiansen, vice provost for university enrollment affairs and dean of admissions and financial aid, in a Aug. 22 press release. “Opportunity Vanderbilt is our steadfast commitment to put this world-class education experience within reach for any qualified student, regardless of their ability to pay.”

Some students said they were pleased with their financial aid offers and thought the ranking was accurate.

“The aid I received has been a tremendous help and it has lifted a heavy burden off me and my family,” first-year Lauren Russell said in a message to the Hustler. “I am beyond grateful.”

Other students are less confident with the university’s financial aid ranking.

“I will say that I don’t feel as though the financial aid department has ever been as responsive or sympathetic to appeals from me as I’d expected,” sophomore Gabe Rashko said. “Do I think this school has great financial aid? Absolutely. However, I can’t confidently say that it deserves No. 1 for this given my experiences.”

Vanderbilt placed No. 2 for Happiest Students, a ranking based on student responses to a question about whether they are happy with their school. Russell described being pleased with the rankings and said she felt that it was representative of her Vanderbilt experience.

“As soon as I stepped foot on campus I instantly felt as though I was a part of a very loving community. That feeling has yet to go away,” Russell said.

Junior Melanie Leguizamon echoed Russel’s sentiments, but also said that she feels Vanderbilt has a lot of work to do to improve students’ quality of life, especially in terms of mental health resources.

“I think the university has done well with allowing so many diverse club interests to be part of the campus and hosting house-sponsored events to create a sense of community,” Leguizamon said in a message to the Hustler. “Mental health continues to leave students without receiving the help they really need, and I think we, as students, have been the ones actually making more of a difference for others than the school itself.”

Sophomore Steven Bacuilima also thinks the administration should inquire about student interests and take them into consideration when deciding where to spend money for campus events.

“I think something the university can do to enhance the student experience is to actually take feedback from students before coming up with events that do not end up having a big turnout as expected,” Bacuilima said in a message to the Hustler.

Vanderbilt was ranked No. 2 in Best Athletic Facilities, a metric which asked students to evaluate the recreational and athletic facilities at their school. While some students were satisfied with Vanderbilt’s Recreation and Wellness Center, others said they felt like the current equipment is unable to address the student demand for their fitness needs.

“The athletic gym is beautiful, while [the Rec] is always packed and has way too many cardio machines, leaving those of us who lift to be waiting around for a rack or bench to open, wasting our time,” Leguizamon said. “Machines break all the time, and then it takes them forever to fix it. The Rec needs to be updated and expanded.”

Senior Alex Massad agreed with the inefficiency of the Rec and sees potential for improvement.

“In all honesty [the] Rec sucks. Half my workout is spent waiting on a machine or bench to open up,” Massad said in a message to the Hustler. “With how much money Vandy has they could definitely update the Rec.”

Vanderbilt was ranked No. 5 for Best Student Support and Counseling Service. Some students stated that the university should extend the University Counseling Center’s (UCC) hours of operation in order to address students in crisis during their off-hours.

“Something they can do better is extend the availability of counselors to over the weekend. This would allow for more spots to be open to students,” Bacuilima said.

Leguizamon also recalls an unfavorable experience with the mental health services on campus. Leguizamon said that she struggled with an eating disorder, and received no help from a therapist at the UCC that she was paired with. Leguizamon said she was able to get help when she reached out to supporters outside of Vanderbilt.

“I understand that mental health and physical health is hard to address, especially when we don’t have enough staff to handle cases in a timely and individualized manner, but luckily I am financially capable of finding those services elsewhere. How other students who are not so fortunate can do it, I feel even worse,” Leguizamon said.

Other students had more favorable views of Vanderbilt’s counseling resources. Bacuilima noted that the UCC creates effective resources for members of minority identity groups that are more attuned to their unique struggles.

“I used the University Counseling Center all throughout my freshman year,” Bacuilima said. “I think something that they are doing right is providing recourse outside of therapy such as group therapy for specific groups such as LGBT or Latinx.”

Vanderbilt was ranked No. 5 for Most Beautiful Campus. Students were asked to evaluate the overall beauty of campus based on their individual experiences.

“I would rate the aesthetics of Vanderbilt’s campus an eight out of ten,” Russell said. “The Nashville [summer] heat is brutal, but the beautiful trees not only add beauty to the campus but also shade for those long walks to class.”

Bacuilima said that some buildings on campus, including Stevenson Center, lacked some amenities.

“I think our campus for the most part is nice and I would give it a seven. I think Stevenson Complex needs to be given more maintenance,” Bacuilima said. “When I took chem lab, the room didn’t really have AC, it was dirty, most of the instruments were old and there were visible pipes in the ceiling.”