Scotty Pippen Jr. will join the Lakers after signing a two-way contract on Friday. 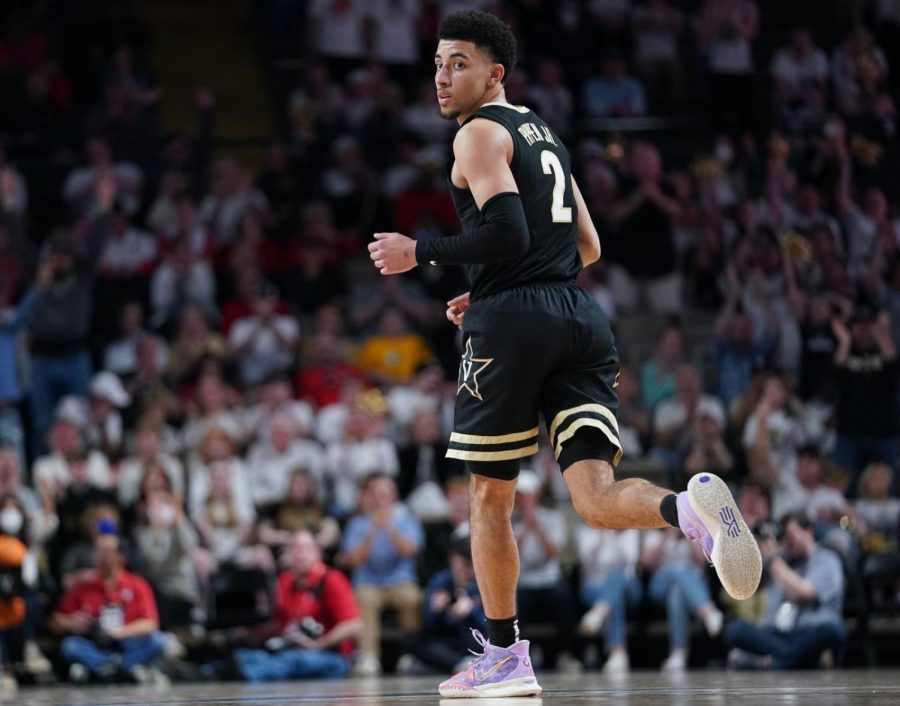 Scotty Pippen Jr. leaves Vanderbilt as one of the most decorated players in school history (Vanderbilt Athletics).

Despite going undrafted in the 2022 NBA Draft on Thursday night, Scotty Pippen Jr. quickly signed a two-way contract with the Los Angeles Lakers as the newest member of their squad. Pippen Jr. will compete with the Lakers in the upcoming NBA Summer League starting in July.

Pippen Jr. notoriously arrived on campus as a pedestrian recruit, earning only one other Power 5 offer from Washington State. He made an immediate impact on the program, starting 31 games at point guard in his inaugural campaign.

From there, the Chicago native only continued to grow. Pippen Jr. broke the Vanderbilt single-season scoring record for a sophomore in 2020-21, earning all-SEC first-team honors along the way, and decided to test the NBA Draft waters. After gaining feedback, Pippen Jr. returned to Nashville and was named preseason SEC player of the year.

As a junior, Pippen Jr. did not disappoint. He was the catalyst for the best team in the Jerry Stackhouse era–which advanced to the quarterfinals of the NIT and won 19 games. Individually, Pippen Jr. noticeably improved on the defensive end from his prior two seasons and still carried the scoring load for the Commodores amassing 736 total points on the year, the most in a single season in Vanderbilt history. His play made him a shoe-in to earn a spot on the all-SEC first team for the second consecutive year. He leaves West End as the 12th all-time leading scorer in program history with 1,577 points.

“He has done everything that we’ve asked for him, and if this is his last game, he has had a hell of a career here for us and been a big part of what we have been able to accomplish to this point,” Stackhouse said after Vanderbilt’s season-ending loss to Xavier. “I think if he comes back, he has a chance to become the most decorated player in Vanderbilt basketball history, and that says a lot.”

Nearly a year after announcing he would return to Vanderbilt for his junior season, Pippen Jr. has achieved his dream of making it to the NBA, following in the footsteps of his father, Hall of Famer Scottie Pippen. His development within the Lakers organization will be a joy to watch as he looks to cement a professional legacy of his own following one of the best careers in Vanderbilt basketball history.