What’s going on with the VandyBoys and the transfer portal?

With Christian Little and Carter Young entering the transfer portal, are the VandyBoys at risk of being left behind the pack? 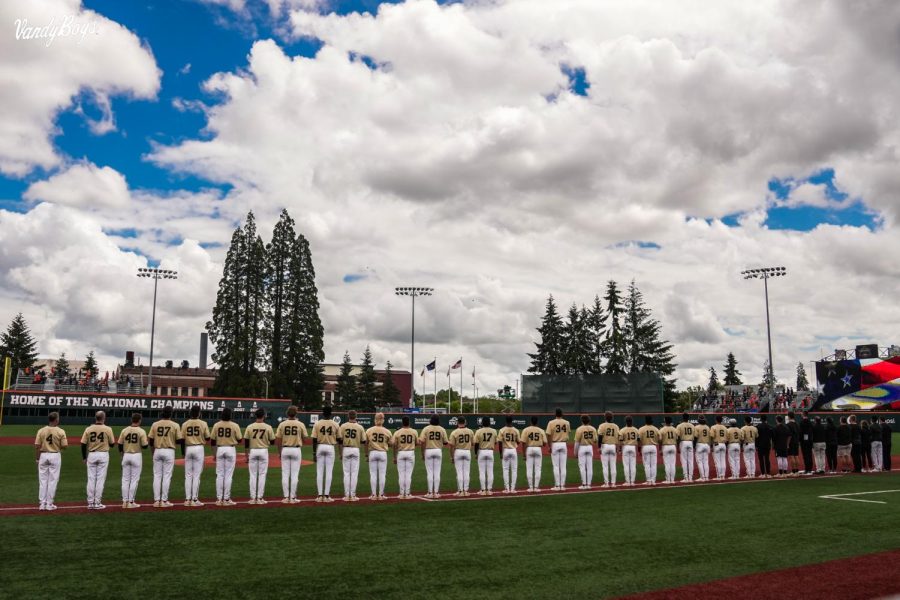 Vanderbilt has seen a slew of defections since the end of their season (Vanderbilt Athletics).

Since the Vanderbilt Commodores’ exit in the NCAA Regional in Corvallis, attention has turned to next season and a busy transfer portal. As with all college sports in recent years, the era of an athlete’s guaranteed full commitment to one school is over, and all programs are dealing with the ramifications of the new transfer portal era. Of course, this situation presents a problem for Tim Corbin and the VandyBoys. Despite having one of the top established programs in college baseball and a nationwide recruiting network, Vanderbilt appears to be at risk of falling behind with rivals upgrading via the portal left and right. However, the rush of exits is more of a reflection of the current state of college baseball than of any faults with the Vanderbilt program.

Ahead of the July 1 portal entry deadline, a slew of Commodores have  already made their exit. Shortstop Carter Young is the biggest headliner to hit the transfer portal. Young was as much of a regular in Tim Corbin’s 2022 starting lineups as he was the year before, but he seriously struggled at the plate this spring, leading to a mid-season benching. Young’s batting average dropped to .207 this year, the worst of any Commodore with at least 100 at-bats.

Right-handed pitcher Christian Little is out as well after throwing 38 ⅔ innings in 2022—fewer than he threw in his freshman year. Little seemed like a probable candidate for the transfer portal, having lost his place as a frequent starter this year. And, if he elected to remain on West End, he’d face considerable competition from all directions next season.

Infielder Gavin Casas is departing after two years, having missed the second half of 2022 with a knee injury. Outfielder Isaiah Thomas also entered the portal after skipping this spring for mental health reasons. Pitchers Miles Garrett, Brett Hansen, Donye Evans and George Bradley round out the list of players who, as of now, are planning to transfer out of Vanderbilt, with two weeks left until the transfer deadline.

While the list of players out the door is concerning, it’s also an inherent curse of the depth assembled by the Commodores’ great recruiting effort. Take Little as an example. At only 18 years old, Little had an impressive start to his college career. Of course, the most prominent moment of that career so far was his game two start in the 2021 College World Series finals. While that outing didn’t go as planned, and Little started only three games in 2022, the St. Louis native still has the potential for a Major League career ahead of him.

However, all pitchers need consistent innings to increase their draft prospects. The VandyBoys could have one of the top starting rotations in the SEC next year led by rising sophomores Carter Holton and Devin Futrell, and Little didn’t seem likely to get one of those coveted four starting spots. Casas was in a similar position regarding the starting lineup. Entering his junior year with hopes of a professional career, Casas couldn’t afford to spend much time on the bench, and there may have been too much competition for spots at first and second base next season.

The VandyBoys’ underlying problem with the transfer portal is a simple one: Regardless of how many scholarships they can give out, there are still only so many innings and at-bats to go around. For many players who have come to Nashville to find themselves on the fringe of playing time, the transfer portal may be their best bet at a future professional career.

While it has been a rough couple of weeks for Vanderbilt fans seeing players walk out the door, the transfer portal can also provide a source of optimism. There are plenty of highly talented players at other schools who may be looking for a step up or simply aren’t a good fit for their own teams. Javier Vaz famously made the jump from junior college to Vanderbilt and has since become a consistent starter in the Commodore outfield.

Even so, Vanderbilt certainly has the resources and capability to expand its scouting and recruiting effort within college baseball. A program like the one Corbin has constructed doesn’t have problems catching the eye of possible transfers. However, the trend of players who lack a certain future at Vanderbilt leaving the program doesn’t seem reversible. To combat these losses, the Commodores will need to step up their long-term efforts to bring players in. This will require Corbin to keep his eye on former top recruits who may have gone elsewhere. In addition, Vanderbilt needs to stay on the lookout for players who may have slipped under the radar in high school but are making a name for themselves in college.

In the meantime though, Commodore fans really don’t need to panic. The VandyBoys have work to do in the offseason, but the losses they’ve suffered so far won’t prevent them from putting together one of the strongest teams in the conference next season. While Corbin is surely sad to see some of these names walk, there doesn’t seem to be any fundamental reason for this exodus other than the ones aforementioned. To be sure, the transfer portal needs to be better integrated into Vanderbilt’s long-term plans. But for now, occasional exits are an inherent part of the program the VandyBoys have built and the new era of college baseball.