The Hustler dives into the baseball regional format, schedule and teams before the first games begin on Friday, June 3. 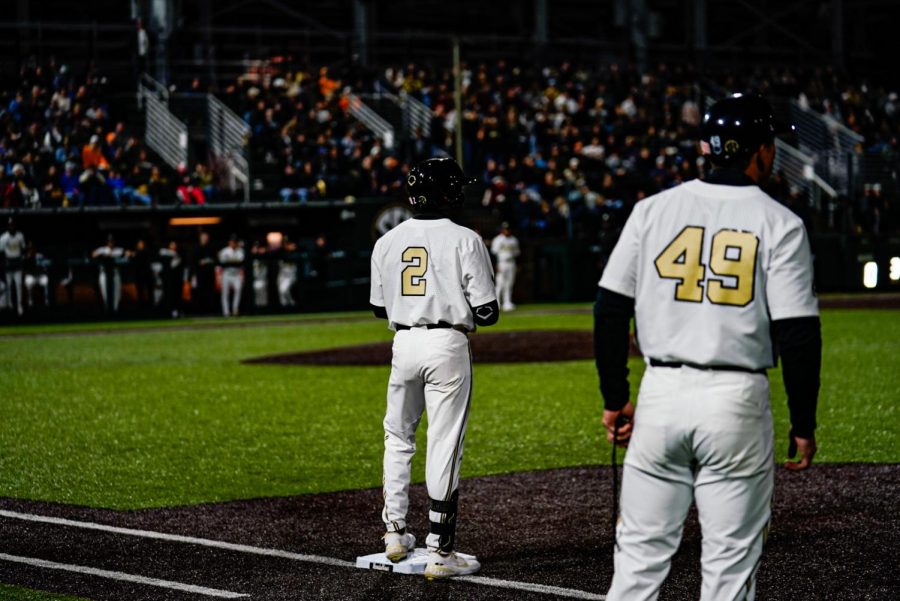 For the first time since 2018, Vanderbilt baseball will hit the road for a regional in the NCAA Tournament. The VandyBoys (36-21) were selected as the No. 2 seed in the Corvallis Regional, hosted by the No. 3 overall national seed Oregon State Beavers.

After finishing as the overall runner-up last season, Vanderbilt will start its pursuit of the program’s third national title on June 3 against San Diego at 3 p.m. CDT on ESPNU.

Oregon State (44-15, 20-10 Pac-12 Conference) comes into the postseason hot and one of the favorites to win the national title. The Beavers did not lose consecutive games this year until the last two weeks of the regular season. Despite a late season skid in which they lost five of six, Oregon State started postseason play strong, ultimately falling to No. 2 overall national seed Stanford in the championship game of the inaugural Pac-12 Conference Tournament.

The Beavers’ offense has been a major strength of theirs all season, boasting four hitters with an OPS above .900. Those four also combined for 33 of the 50 home runs the team hit this season. This charge is led by Pac-12 Player of the Year Jacob Melton who amassed 15 home runs, 77 RBIs and a team-high batting average of .375.

On the mound, potential first round MLB draft pick Cooper Hjerbe sustained a 2.33 ERA and a sub .200 batting average against (BAA) while only walking 18 out of 325 batters faced.

The host team possesses all the tools necessary to make a run to Omaha and will be a challenge for all teams in the Corvallis Regional. Oregon State faces New Mexico State at 9 p.m. CDT on Friday on ESPNU.

The VandyBoys (36-21, 14-16 Southeastern Conference) enter the postseason for the 16th consecutive season, albeit this time not hosting a regional. Vanderbilt had an up and down regular season, finishing under .500 in conference play for the first time since 2008. The Commodores will look to rebound from an SEC Tournament performance that saw them go 1-2 while being outscored 21-6 across their three games.

Despite their recent offensive struggles, the VandyBoys have shown an ability to score in bunches at times, having put up 10 or more runs 14 times this season. The VandyBoys will look to the trio of Spencer Jones, Dominic Keegan and Enrique Bradfield Jr. to put pressure on opposing pitchers and jumpstart the rest of the lineup. Jones and Keegan both have an OPS above 1, showcasing their ability to not only reach base effectively but also to hit for power. Bradfield, a perfect 43-43 on stolen base attempts this season, additionally has the speed to change the dynamics of a ballgame in an instant.

The VandyBoys will start freshman Carter Holton against San Diego on Friday. Holton has sustained a 3.15 ERA across 14 starts this season and will become the first true freshman to make a regional opening start under Tim Corbin. Vanderbilt will need a strong outing from their pitching staff and offense to find a groove again and make noise in the Corvallis Regional.

San Diego (36-18, 21-10 West Coast Conference) earned its way into the NCAA Tournament following a dominant four-game sweep in the WCC Tournament that included back-to-back wins over the top-seeded Gonzaga Bulldogs. The automatic bid gives the Toreros their first trip to a regional since 2013.

San Diego’s offense was one of the best in the WCC this season, leading the conference in batting average, on-base percentage, slugging percentage and home runs. The Toreros have also beaten fellow NCAA Tournament teams Oregon and Grand Canyon in series this season. Catcher Caleb Ricketts is one to watch, batting .375 with 16 home runs and 53 RBIs.

The team’s starting pitching staff is led by Brycen Mautz, who posted a plus-4 ERA while sitting at No. 10 in the nation in strikeouts with 124. Mautz will take the ball versus Vanderbilt on Friday.

New Mexico State (24-32, 10-20 Western Athletic Conference) also earned their way into the field via the automatic bid. Similar to San Diego, the Aggies went on a 4-0 run in their conference tournament, defeating Abilene Christian in the final to secure the unlikely bid. New Mexico State is playing in their sixth regional in school history and their second in the last five seasons. The Aggies have never won a game in the NCAA Tournament.

The offense goes as far as catcher Logan Gallina goes. Gallina earned all-WAC First Team and WAC All-Defensive honors. He is 16th in the nation in home runs with 21 to go along with a .333 batting average. Ian Mieja is the staff’s best pitcher, possessing a 4.24 ERA while striking out 93 on the season.

The Aggies will need to lean on its star players to have a chance to earn what would be a very memorable first postseason win over Oregon State.