This week on the Hustler Sports 30 Podcast, sports editor Justin Hershey and deputy sports editors Sam Curtis and Andrew Wilf discuss one of Vanderbilt Athletics' busiest weeks of the year. 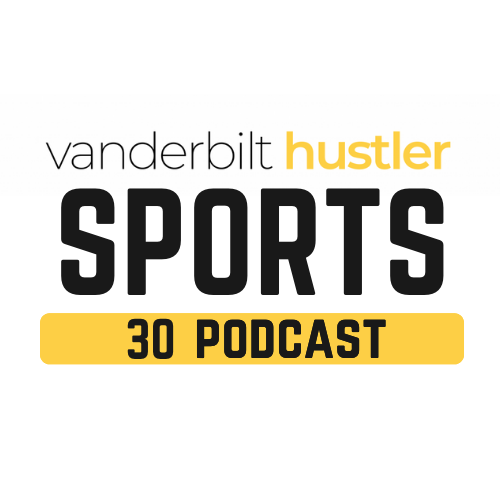 On Episode 28 of the Hustler Sports 30 podcast, sports editor Justin Hershey and deputy sports editors Sam Curtis and Andrew Wilf break down what was a crazy week for Vanderbilt Athletics. First, they discuss the return of volleyball to Vanderbilt’s portfolio of varsity sports. They analyze why recent Vandy United announcements made the addition possible and how they think the sport will catch on on campus. Next, they check in with Vanderbilt men’s basketball’s recent roster changes, highlighting Scotty Pippen Jr.’s departure and the additions of Ezra Manjon and Paul Lewis. Finally, they end the show by debriefing the VandyBoys’ series win over Florida.

“Vanderbilt beats Tennessee Tech, 7-0, cruises to its eighth straight midweek victory”: The VandyBoys got back in the win column in dominant fashion.