The face behind the chat: Reuse, Vandy!

The Reuse, Vandy! chat was created nearly two years ago with the goal of making buying and selling goods on campus more convenient. Today, the GroupMe has evolved into four separate chats, all of which are monitored by one student: Emily Hugan. 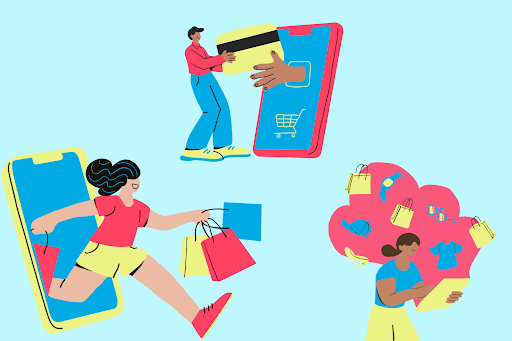 Through Reuse Vandy you can buy, sell and trade just with a few clicks on your phone. (Hustler Multimedia/Diana Zamarripa)

Looking to sell unwanted clutter in your life? Lose those pesky Airpods again? Lucky for you, there are several GroupMe chats available for buying, selling and returning lost and found items. “Reuse, Vandy!” (Reuse Vandy) was the first in the series of resale chats created in August 2020 by current senior Emily Hugan. Hugan, a computer science major, was added to several GroupMe chats with underclassmen eager to ask upperclassmen questions before arriving on campus in the fall.

“I was in a group chat full of people in the class of 2024,” Hugan said. “So many of them had to buy their own microwaves and fridges since they were all living in singles, and they weren’t sure how to go about it.”

Hugan and other upperclassmen in the chat gave money-saving tips, such as buying used and even checking local dumpsters. Eventually, these hacks sparked the idea to create their own dedicated group chat: Reuse, Vandy!

“I created the chat, but I never expected it to get so big,” Hugan said. “I didn’t anticipate what my role should be and if there should be rules and other moderators.”

Reuse Vandy currently has 3,149 members. Hugan described the original rules and expectations: no joke posting and no posting an item for sale that is obviously not a real listing. In addition, no offensive language or advertising for events that do not have the purpose of buying or selling were permitted.

“In the early days, there were only 600 people,” Hugan said. “Now there are over 3,000 people and advertising can get out of hand. The chat has a specific purpose: to help people buy and sell their stuff. People will mute the chat when spam is high and that takes away from the overall goal.”

Reuse Vandy saw rapid growth that eventually slowed down during this school year. In March, Hugan changed the settings so that Reuse Vandy is now a closed group, meaning only she and the other group admin could add new people in. During the fall semester, Hugan described an instance where someone jokingly posted a listing for a half-eaten pizza, a clear violation of the rules. Other examples of rule violations include people using fake names without permission and continuing to do so even after removal from the group.

“I gave warnings and even encouraged them to join other chats to share their listings,” Hugan said. “GroupMe does not allow me to ban certain people, so I have to continue to remove people that use other peoples’ names without consent.”

Hugan is also the admin or owner of three other campus-related GroupMe chats: Reuse Vandy Wardrobe for buying and selling clothing; Lost and Found, Vandy! where students post items they are missing or have spotted around campus and Vandy Summer, which is for students looking to sublet apartments or find roommates over the summer in the Nashville area.

In order to streamline the process of buying and selling on campus—as well as to reduce carbon footprints overall by buying used—there have been proposals to create a website for Reuse Vandy. Hugan explained that GroupMe tends to be the most accessible messaging app on the market, especially for college students. However, a website may be even better; Hugan noted that GroupMe can crash often, especially with over 3,000 members in a single chat.

“Last fall, I was approached by a software engineering class who was looking to make a website version of Reuse Vandy. I support the idea because GroupMe often glitches, and in the end, people want convenience over all,” Hugan said. “The status of that website is unclear because the class ended in December.”

After her graduation this spring, Hugan plans to pass ownership of all four chats to current admin Adir Grant to keep the resale magic alive. Whether in the form of a new website or the current GroupMe platform, the future of buying and selling is bright because of Reuse Vandy.