Feminism in film: Where we are today

We examine two recent films and their portrayals of women that send mixed messages about the state of feminism in the film industry. 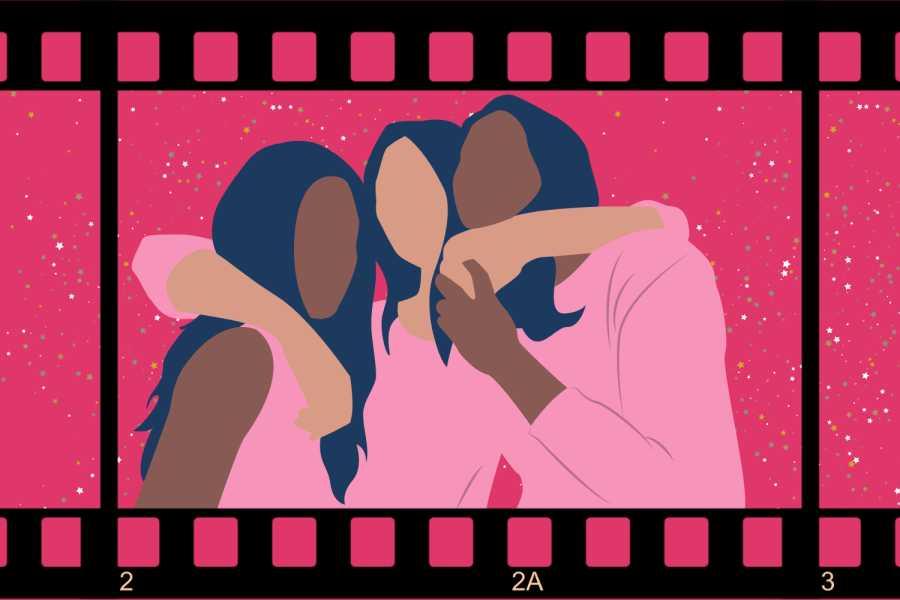 Portrayals of women in movies still have a long way to go. (Hustler Multimedia/Alexa White)

Feminism, as defined by Chimamanda Ngozi Adichie and popularized by Beyonce’s “Flawless,” is a belief “in the social, political and economic equality of the sexes.” Sounds like it should be ubiquitous, right? However, the path towards gender equity has not been linear, and feminism is no stranger to polarization.

For years, many have called it ugly or distasteful in its alleged attempt at so-called “reverse sexism,” failing to recognize that feminism is about empowering women, rather than oppressing men. Others believe the progress that has already been made is adequate and that we can go ahead and call it quits. Though we have yet to live in a society where men and women are considered true equals—as evidenced by the gender pay gap and the systematic barriers to entry that women face in many male-dominated fields—the story isn’t entirely bleak.

Discrepancies between the way women and men are portrayed in the media are continually pervasive. Media plays a major role in the formation of people’s beliefs and attitudes, making it a useful resource for understanding and assessing the status of feminism today. So, we took a look at how gender discrepancies have manifested in recent cinematography for some insight.

Let’s discuss the Bechdel Test. It assesses how a film represents women, through three criteria: 1) at least two women are featured, 2) the women have some dialogue and 3) their dialogue involves something other than a man. Though both of the films below passed the Bechdel Test, many fan favorites over the years have not, including “The Avengers” and even Disney’s “Ratatouille.” Popular methods of evaluating films for their inclusion and equity are no longer sufficient to gauge progress on gender stereotypes and equal representation in the film industry. On a more positive note, it also shows that more films have started to pass the test than during the early 20th century, marking at least some movement towards change.

Our analysis begins with 2021’s “Don’t Look Up,” directed by Adam McKay. This movie is a satire highlighting the world’s almost-ridiculous reaction to climate change and how ideology and idiocy alike are hindering efforts to address it. Naturally, President Orlean, the acting Commander-in-Chief of the United States, is also a raging caricature. Throughout the film, she is depicted as dishonest, crass, unprofessional, obtuse, narcissistic and nepotistic to a fault.

Orlean hires her very incapable son, who is shown to blindly support his mother and her less than perfect decisions in an inanely jocose and “chill” manner, to be her Chief of Staff. She is also rumored to be having sexual relations with her Supreme Court nominee—who turns out to have an equally concerning history, making him unfit in the eyes of the public to be a justice.

Even worse, instead of using her power to help solve the climate crisis she was alerted about by scientists, she chooses to prioritize her standing in the public eye and connections to campaign donors rather than quite literally saving the world. In the end, her stupidity leads to the downfall of the human race. This portrayal is a huge slap in the face to feminism.

“Don’t Look Up” is intended to be a very obvious satire about how climate change has become so ideological in nature that nothing gets accomplished. Every other aspect of the movie pokes fun at a real issue. But why make the President of the United States a woman if we have never had a female president?

Though McKay might have had reasons for this decision, it still feels like an insult at face value, especially because Orlean is very appearance-focused, as demonstrated by the camera’s lingering on her outfits and jewelry. The reason this is troublesome for promoting gender equality is because women historically have been thought incapable of being the president due to their alleged (or necessitated by public opinion and demand) focus on appearance, emotion and relationships—three things the movie emphasizes as Orlean’s key priorities. This could reinforce dangerous rhetoric about women’s capabilities across America.

On the other hand, films like “Moxie” (2021) change that stereotype. Directed by Amy Poehler, “Moxie” centers around a group of young women who rally to combat the rampant sexual harassment and discrimination that plagues their high school. The movie tackles themes including methods of empowerment, women supporting women and using your voice to affect change.

This movie is significant in its relatability: any woman, if she chooses to, can stand up, use her voice and advocate for what she believes in. Its lesson is that as women, we do not have to sit idly by and accept the unfairness of the world we live in. This shatters the constraints that movies like “Don’t Look Up” put in place because it is about empowerment, not mockery, at its core.

Though this is a simplified version of the battle between feminism and discrimination within the film industry, this account does call to light the current state of the industry and its future potential. The movies discussed are just two of the most recent popular films to the discussion out of many that were released this past year—“Red Notice” and “Thunder Force” being honorable mentions in the pro-feminism effort.

Regardless, the key point remains this: feminism and discrimination permeate every aspect of life including movies, and paying a little more attention to that sexist comment in a TV show or perturbing portrayal in a film are the first steps to recognizing what we can improve as a society.