After a three-year postseason drought, Jerry Stackhouse and the Vanderbilt Commodores have been awarded an at-large bid to the annual National Invitation Tournament. 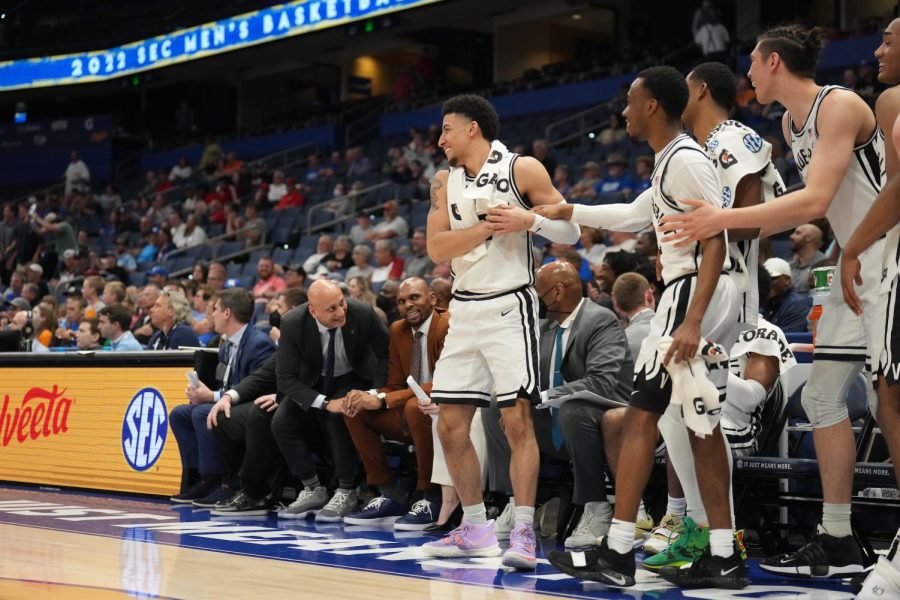 The Vanderbilt bench celebrates a shot late in the Commodores' win over Georgia in Round 1 of the SEC Tournament on Mar. 9, 2022. (Vanderbilt Athletics)

For the first time since 2017, the Vanderbilt Commodores (17-16) will play postseason basketball. Following the reveal of the 68 teams that will compete in the NCAA Tournament, the NCAA announced the field for its annual National Invitation Tournament (NIT) on ESPN and the Commodores were granted an at-large bid as a No. 4 seed. The first round of the 32-team tournament begins on Tuesday with No. 4 Vanderbilt taking on Belmont at Memorial Gymnasium at 6 p.m. CDT.

Vanderbilt will look to make waves in a quadrant of the bracket that features No. 1 Dayton, No. 2 Xavier, No. 3 Florida, Toledo, Belmont, Iona and Cleveland State. Rounds 1-3 of the tournament award homecourt advantage to the higher seed and the event culminates in a pair of semifinal games on March 29 and the championship game on March 31 all at Madison Square Garden in New York City.

Quick look at Vanderbilt's quadrant of the #NIT:

Commodores boast best defensive efficiency of the teams, but will have to contain Belmont's 61% shooting inside the arc for a potential game against Dayton, who may be missing guards, or Toledo.

Heading into this past weekend’s SEC Tournament, the Commodores stood at 15-15 and outside of the NIT bubble. But a pair of wins over Georgia and Alabama before a hard-fought loss to Kentucky pushed Stackhouse’s group into the field.

“I think we may have a possibility of the postseason, maybe with the NIT. And then the thing about our guys, they want to play,” Stackhouse said after the loss to Kentucky. “Super proud of what these guys have been able to battle through and accomplish this season, if it is the end, but hopefully we get a chance to dance just a little bit more.”

Vanderbilt will enter the tournament nearly as healthy as they have been all season. Rodney Chatman returned from his prolonged hamstring injury to be a crucial part of the Commodores’ mini SEC Tournament run this past weekend. Vanderbilt is now 9-4 with Chatman on the floor. Jamaine Mann also returned from a knee injury for Vanderbilt in Tampa and although Trey Thomas missed the Commodores’ last game against Kentucky, he was a game-time decision and figures to possibly play this week.

Vanderbilt and Belmont will tip things off at 6 p.m. CDT on Tuesday. All games are on the ESPN family of networks.