Alpha Psi Lambda, a Latinx-oriented fraternity, to open in Spring 2022

The fraternity is not Latinx-exclusive and its mission is to promote education, leadership and community service. 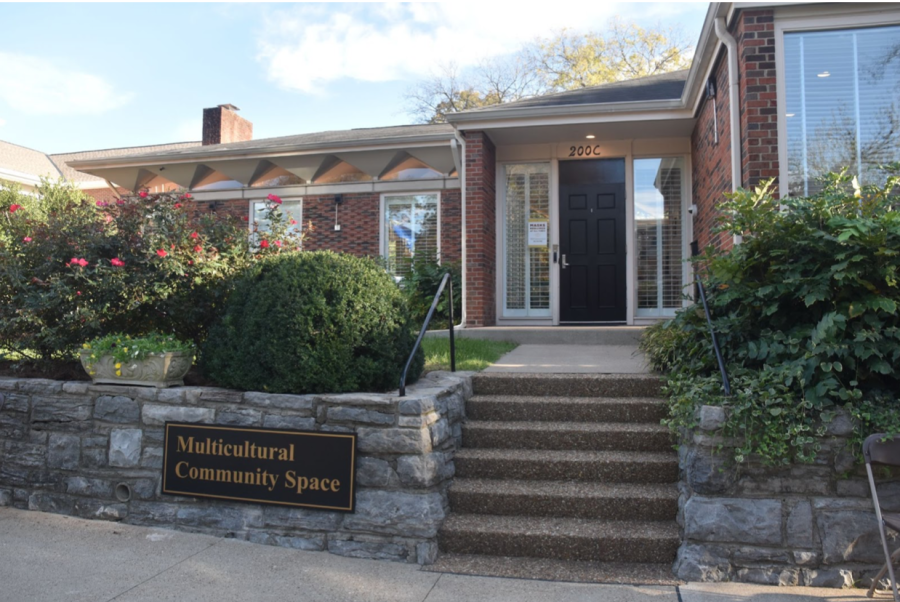 The exterior of the Multicultural Community Space on Greek Row, as photographed on Oct. 8, 2021. (Hustler Multimedia/Shun Ahmed)

Alpha Psi Lambda, a co-educational, Latinx-oriented fraternity, is establishing a new chapter at Vanderbilt this spring. Founded by six first-year students, the group is expected to induct between 12 and 18 members this semester.

The mission of the national Alpha Psi Lambda fraternity is to promote personal and collective growth through educational initiatives, leadership development and community service, per the organization’s website.

The fraternity plans to hold events in the Multicultural Community Space on campus as well as throughout the greater Nashville area; they will not have an exclusive-use space on campus. Alpha Psi Lambda intends to organize dinners with a wide variety of Hispanic foods and to arrange “noches de baile”—dance nights.

“I think it’s really important because we all know that Greek life, in a sense, is very traditional,” first-year student and potential new member Diana Zamarripa said. “I like that [Alpha Psi Lambda] is providing more spaces for minorities to engage with the school’s community and feel like they have a space where they belong.”

While the fraternity is Latinx-focused, students do not have to be of Latinx origins to join.

“We want people to know that [Alpha Psi Lambda] is inclusive of any cultural minority,” first-year student and founding member Niklas Cooper said. “We want to cultivate a more diverse experience by recruiting students from a wide variety of backgrounds.”

“The degree of diversity here on campus, although showing upward direction, is not as diverse as we would like to see it,” Cooper said. “A few members of the founding chapter reached out to multicultural fraternities to see if we could make such a goal possible.”

The fraternity will join the Intercultural Greek Council (IGC), one of four Greek councils at Vanderbilt. According to the IGC website, the purpose of the council is to serve and regulate identity-based fraternal organizations which “may not holistically identify with the existing councils.” The IGC website lists Lambda Phi Epsilon International Fraternity, Inc.—an “Asian-interest” fraternity—as a potential future addition to the IGC.

“We hope that with the establishment of Alpha Psi Lambda, other fraternal affinity groups in the IGC may form as well,” Kristin Torrey, director of the Office of Greek Life, said in an email to The Hustler. “We want these efforts to be student-driven, as those efforts will always be the most successful.”

Alpha Psi Lambda will require all members to hold a 2.60 cumulative GPA, pay dues and be enrolled in at least six credit hours per semester. Professor Gretchen Selcke, assistant director of Vanderbilt’s Center for Latin American, Caribbean and Latinx Studies, will serve as the faculty advisor for the fraternity. Selke did not respond to The Hustler’s request for comment.

The group is accepting applications, and Cooper said he urges any interested members to reach out to the group via social media and fill out the application as soon as possible, though there is currently no due date. It focuses on potential new members’ educational and career goals and demonstrated interest in joining the fraternity.