We sat down with junior Akash Gururaja who explained the history of Gold Revere and their aspirations for the future. 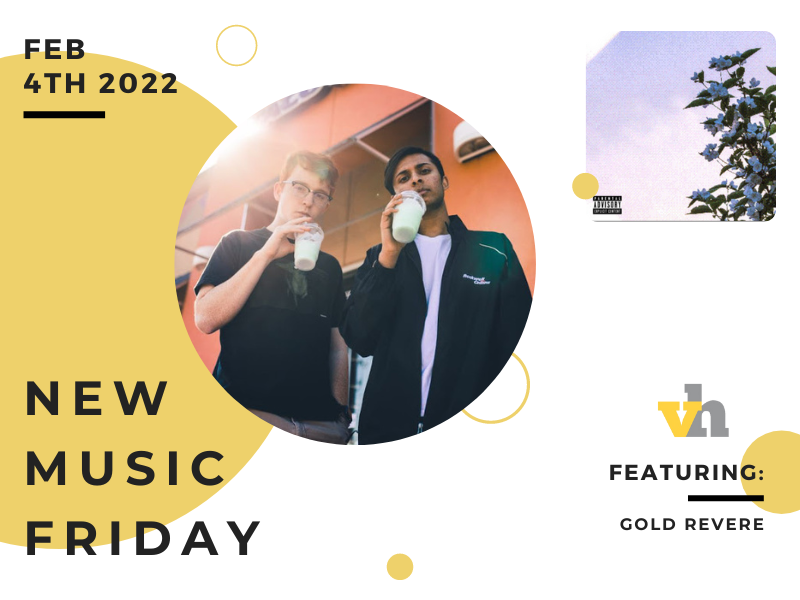 A new semester calls for new music, and what better way to spice up your study playlist than with songs that will wake you up during your 2 a.m. study sessions? Gold Revere is sure to do just that.

The name “Gold Revere” has multiple meanings behind it, in which Gururaja doesn’t exactly have a definite explanation.

“I lived on a street back home called Revere Drive and so, I’m not sure why we chose it, but we thought that was a good word,” Gururaja said. “We wanted to add a color, and gold was just the best one. The other explanation is that there’s this reference in the music industry for material signs that someone is successful. People don’t listen to just any music anymore, it’s more based on how many TikTok followers you have or if you’re flexing the chain. It’s a bit of a play on that.”

Although popular today, Gold Revere started off slow. In the beginning of their career, they often reached out to Instagram meme accounts, asking if they could use their songs in the background of their posts. However, the band really took off in 2020 when their song “Goldfish Crackers” went viral on TikTok.

“We made a dance for it before we released the song. We made the song specifically for TikTok. It’s so gaudy, but that’s what TikTok needs,” Gururaja said.

The music-making process for Gururaja and Crumley has definitely been a challenge as they live almost 700 miles away from each other while they are both at college; however, they’ve learned to work around that.

“During COVID, everyone had to shift how to make music,” Gururaja said. “Our strategy for making music has always been compartmentalizing the different aspects of the song. Ian will make the beat and send it over to me. If I like it, I’ll write lyrics for it. That’s all the production we really need. I think if the music is good, it’ll speak for itself.”

Gold Revere’s songs have lyrics that seem to be classified as “pop,” but the beats push it closer to resembling hip-hop music.

“Genre is tough because it just depends,” Gururaja said. “The way I write music is definitely in a pop style. In terms of that I write pop songs, but the beat selection is very hip-hop. One of the big things that we strive for in our music is being genre-less. It should be appealing to everyone”

Their latest song, “Jasmine,” released Dec. 31, is a perfect example of their genre-less approach to music. This song represents the feeling of falling out of relationships with people you once were close with and forgetting certain things about those people that you once vividly remembered.

“When you’re so close to someone and you see their face everyday, in that moment you feel like you’re everything that that person needs,” Gururaja said. “At some point, all good things come to an end and when you look back on those relationships, you begin to lose parts of what you once remembered. I found myself one day not remembering my friend’s face or what they used to sound like, and those kinds of things scare me.”

As for their future plans, their goal right now is to keep releasing consistent quality music and spread their musical reach even further.

“There’s a lot of cool things in the music world that you can do as an artist that we haven’t gotten to explore yet,” Gururaja said.

To add their music to your playlists and stay up to date with what’s to come, be sure to check out Gold Revere on Spotify and Instagram.