STAFF EDITORIAL: Vanderbilt needs to protect students both in and out of the ‘Vanderbubble.’

With no clear direction from the university, students are left clueless after encountering off-campus attacks just a few blocks away from campus. 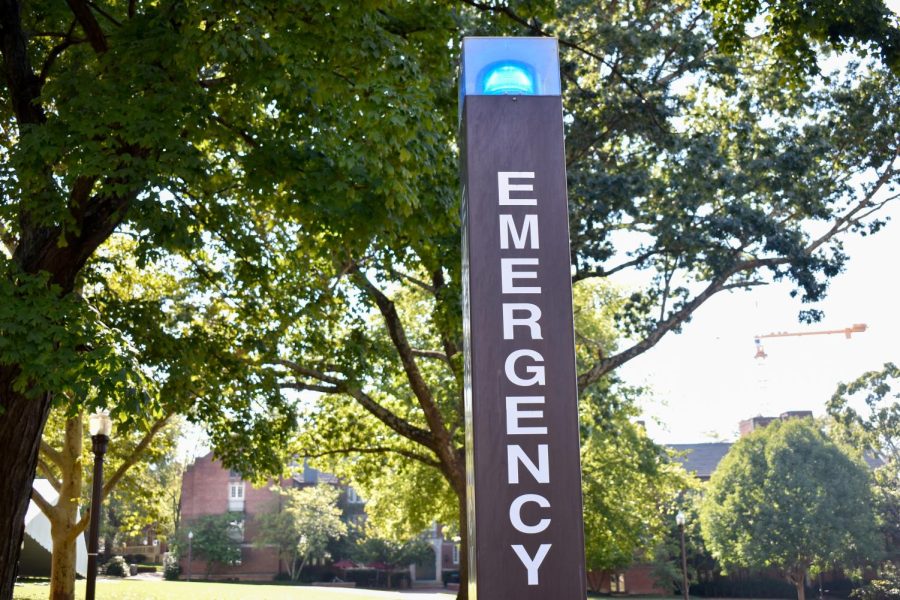 Editor’s Note: This piece contains mentions of harassment and discrimination.

On Vanderbilt’s campus, students have access to resources like the Student Care Network, University Counseling Center, blue light phones and more when they feel their safety is threatened. However, mere blocks from campus, that changes. Duaa Faquih, a sophomore from Saudi Arabia and a Hustler staffer for the News section experienced this firsthand.

In December, Faquih, who wears a hijab, was verbally harassed at Hopdoddy Burger Bar in Hillsboro Village. It was a Sunday night, and Faquih simply wanted to eat dinner with her friends. Out of nowhere, a woman started shouting ugly insults at Faquih, calling her a “pig.”

The manager of Hopdoddy later apologized to Faquih, informing her that the perpetrator is a frequent and unwelcoming presence at the restaurant, often spewing hate comments to other patrons. Although his apology seemed sincere, Faquih recounted that the manager was seemingly clueless about how to deal with the incident. Faquih was given a QR code that led her to a Hopdoddy survey and the manager assured her he would report the attack to his superiors, so that there might be a chance of banning the woman from the restaurant.

Faquih never reported the incident. Days passed before she could fully process the attack. By then, the memory had seemed too hazy.

“I found it hard to articulate myself,” Faquih said. “It was all too much. Everytime we leave campus, something happens. It feels like we can’t go off campus.”

Hopdoddy and 44 other local restaurants participate in Vanderbilt’s Taste of Nashville program. Through university-run programs such as this, as well as clubs, research and sporting events, Vanderbilt students often venture off campus for their involvements.

Are students safe off-campus? Faquih’s experience is evidence for an uneasy “no.” Vanderbilt is often dubbed as the “Vanderbubble”—a sentiment indicative of the separation between Vanderbilt students’ lives and Nashville.

The reality outside campus can be especially harsh when the “Vanderbubble” pops. Vanderbilt needs to do a better job informing students about the reality of the community outside the Vanderbubble. Students—especially those more likely to face discrimination off campus—need to be better aware of existing resources to help cope with the discriminatory attacks they may face off campus.

Oliver also noted that VUPD has a memorandum of understanding (MOU) and a mutual aid agreement allowing for the sharing of resources between the Metropolitan Nashville Police Department (MNPD) and VUPD, resulting in a close partnership. However, there are no firm requirements in place dictating that MNPD must notify VUPD about off-campus incidents involving Vanderbilt students.

“Our primary purpose for existence is for the Vanderbilt campus. Our operation is restricted, and we self-impose our patrol to one or two blocks [beyond] campus,” Oliver said. “Responding to off-campus [incidents] is an exception; it’s not our norm.”

Vanderbilt lacks a straightforward reporting system for off-campus incidents. While all students have access to VandySafe, a mobile app which offers services such as “Contact VUPD,” “Safety Toolbox” and “VU Emergency Guides,” it is ambiguous about whether students can effectively access these resources when they are outside the Vanderbilt campus. A quick Google search for off-campus safety resources yielded a confusing tangle of links to VUPD forms and the Project Safe website.

Although Project Safe offers R.A.D. self-defense training, it is not a requirement for all students and only emphasizes what to do once a situation has already escalated to a physical threat. What Vanderbilt doesn’t prepare students for is how to react when they are catcalled downtown or even blocks from campus. While the Women’s Center has hosted events focusing on catcalling, the lack of widespread advertisement about these everyday experiences of misogyny is yet another way Vanderbilt does not adequately give students the tools they deserve to be safe in the city.

Students come from all over the world and have different levels of familiarity with the dangers that accompany an urban environment. While first-year orientation aims to accustom students to their new campus environment, there is little focus on acclimating students to Nashville itself. As Vanderbilt students, it can be easy to forget the real world that surrounds us, and we are only awakened to these harsh realities when something has already happened. For example, in 2021, students received emails about two reports of kidnapping on March 30 and April 4, spurring conversations about how to ensure our safety when walking alone at night. Apart from the emails informing us of serious instances like this, students only learn about the harsh realities around campus when they experience them.

VandyRide, an on-campus shuttle service, operates from 6 p.m. to 1 a.m. CST daily, but students off campus are not afforded the same services. Once the vans stop running, students are left with no option other than walking home in the dark. While there is a VandyRide map, it is not always up-to-date with schedules.

Vanderbilt advertises the Taste of Nashville, its proximity to Broadway and the city’s rich musical history on its website and prospective student tours. As students, we are so lucky to be close to the Frist Art Museum, Bridgestone Arena and historic music venues like the Ryman Auditorium.

On the other hand, Nashville also purports one of the highest crime rates of any capital city in the country, yet there is no established university agency that directly investigates off-campus reporting. How many Vanderbilt students know about and regularly use VandySafe? How many off-campus incidents go unreported? These questions remain unanswered. At the very least, finding ways to get help from the university should be made easier.

With no clear direction from the university, the burden of reporting falls on the students, forcing them to repeat their trauma again and again. Vanderbilt, do more to support its students off campus by offering more resources for Vanderbilt students who experience crimes, trauma and more off campus. Improve the advertisement of the VandySafe app and the other existing resources available to students. Establish an agency responsible for screening off-campus reporting. Make VUPD’s off-campus duties more transparent to the student body. Do better at upholding your promise for student safety.