The Three Plays that Doomed Vanderbilt Against South Carolina

Vanderbilt dropped another game to South Carolina on Wednesday and while much of the game wasn’t pretty from the Commodores, three specific plays stood out as particularly costly. 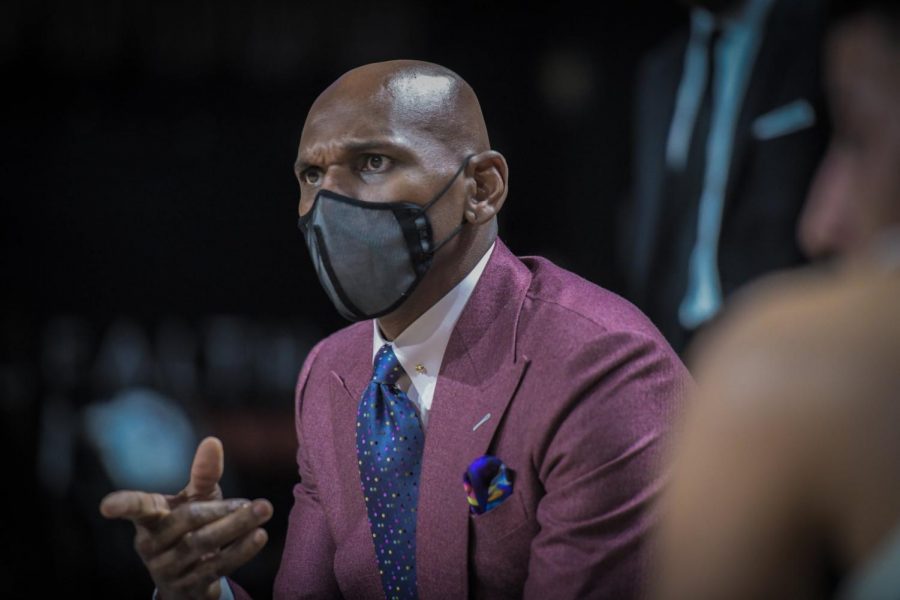 After Scotty Pippen Jr. laid in an easy bucket off of a perfectly designed sideline out-of-bounds play from Jerry Stackhouse, Vanderbilt led South Carolina 46-35 with 13:30 remaining on the road in Columbia.

Coming off of arguably its ugliest half of the year against the Florida Gators on Jan. 22, the Vanderbilt Commodores (10-9, 2-5) were outscored 35-15 in the final 13:30 en route to yet another SEC loss to South Carolina, this time by a final score of 70-61.

“It was a little bit of mental toughness here again,” Stackhouse said afterwards. “We got sped up. I thought we just made some careless plays, careless turnovers. That was really what it was. I thought we had some opportunities. There were plays to be made. But we turned the ball over and that really fed their momentum and fed that run that they had.”

Turnovers, poor fundamentals and a lack of effort all around plagued the Commodores against a very beatable opponent. But a number of key sequences in the game’s final quarter stood above the rest in terms of their negative impact.

The three plays below paved the way for a more than disappointing loss that has the Georgia Bulldogs (6-14, 1-6) licking their chops in advance of Saturday’s game in Nashville.
Play 1: Turnover Leading to a Dunk
When you are playing on the road in the SEC, one of the most costly things you can do is commit live-ball turnovers that energize opposing crowds. And that’s exactly what Vanderbilt did for almost the entire second half against South Carolina, as they committed 11 turnovers in the half while forcing just two.

Vanderbilt began this first costly play up two points with 9:25 remaining. But by the time South Carolina’s AJ Wilson powered home a dunk at the other end of a Pippen Jr. turnover, the Commodores were tied at 47 with 9:10 remaining.

Just a minute before this possession began, the Gamecocks transitioned to a zone defense. And on one of the first possessions against that zone defense, Pippen Jr. did exactly what South Carolina wanted and committed one of Vanderbilt’s six turnovers amassed as the clock went from 10:22 to 6:55.

One of the most important tenets of a good zone offense is not getting trapped in two specific places on the court. One of those is the corner and a second happens to be exactly where Pippen Jr. turned the ball over: just over halfcourt.

When bringing up the ball, Pippen Jr. retreated to the right side of the floor. He then picked up his dribble just before a South Carolina trap approached him and was unable to get the ball to either Trey Thomas or Myles Stute. While the ineffective pass might be on the Commodores’ star point guard, the setup of this attack against the Gamecock zone raises questions that fall on the shoulders of Stackhouse.

For whatever reason, Pippen Jr. approached the sideline instead of keeping the ball in the middle of the court, electing not to swing the ball to Jordan Wright on the opposite side. He then, unsurprisingly, found himself trapped. But what is potentially most confounding is why Thomas and Stute are standing less than five feet apart on Pippen Jr.’s side.

Notice at the freeze frame that their close proximity allows South Carolina center Wildens Leveque to easily guard two Commodore offensive players and come up with the steal regardless of who Pippen Jr.’s pass was intended for.

The dunk on the other end was part of a 12-1 run for the Gamecocks and led directly into Vanderbilt’s next costly play.

There are several different approaches to timeout management in college basketball, and the one Stackhouse elected for in Wednesday’s second half did not work.

Following the transition dunk outlined in the section above, Vanderbilt did not elect to take a timeout to reset its offense. The Commodores were struggling against the Gamecock zone, but had entered the free-throw bonus at the 11:22 mark. With a timeout, Stackhouse could have drawn up an effective zone offense and urged his team to draw more fouls and head to the charity stripe.

Instead, Stackhouse did not use a timeout and Vanderbilt turned the ball over for the fourth consecutive possession. They also got to the line just three times in the final 11:22 after entering the bonus.

As you can see in the second costly play below, South Carolina took its first lead of the second half at the 8:35 mark after a second-chance 3-pointer from Erik Stevenson that capped a 15-1 spurt for the home team.

While Vanderbilt limited South Carolina to just two first-half offensive rebounds and zero second-chance points, the Gamecocks erupted for 11 second-half offensive boards which they turned into a crucial 14 points.

It’s been long-chronicled that Vanderbilt is undersized without its star center Liam Robbins available, but the Commodores have known they would be undersized all season long and should have contingency plans. The key to rebounding when undersized is positioning, boxing out and effort. On this particular play, only Quentin Millora-Brown boxes out his man and the ball ends up easily back in the hands of the shooter, Jermaine Couisnard.

While the bounce was somewhat unfortunate, what comes after is much more important. Generally, Vanderbilt has demonstrated that they are a good scrambling team on defense. They recover hard and rotate well, which has been a big reason for their jump in defensive efficiency this season. But on this particular play, the Commodores failed to even try and recover after the offensive rebound and left Stevenson wide open for more than three seconds.

He got a chance to take a dribble, set his feet and nailed a huge 3 for the Gamecocks. The shot gave South Carolina its first lead since the 9:01 mark of the first half, and they did not relinquish it.

Boxing out on free throws is one of the simple fundamentals taught to all basketball players at a young age but should be stressed by coaches at all levels. Twice in the final five minutes of Vanderbilt’s loss to South Carolina, Commodore bigs were unable to take advantage of missed Gamecock free throws. The home squad shot an abysmal 9-of-21 from the line on the evening, but two of those misses turned into 3-point plays that sealed the deal for South Carolina.

With 5:58 remaining, Leveque, a 61% free throw shooter, went to the line for a pair of free throws. He made his first but after missing his second, Wilson was able to recover the rebound for South Carolina. After Stevenson then missed a wide open 3-point attempt on the ensuing possession, the Gamecock guard recovered his own offensive rebound. In one swift move, he turned that offensive rebound into two points via a slam dunk with 5:46 remaining.

Vanderbilt was fortunate that Stevenson didn’t hit the wide open 3-pointer off the initial offensive rebound. But soon thereafter, as noticed in the freeze frame, the Commodores once again failed to box out and let Stevenson bring down the hammer on Vanderbilt’s hopes of victory.

To add insult to injury, this possession came after a huge Thomas 3-pointer that cut the Vanderbilt deficit to just four points. Instead of recovering a rebound off Leveque’s missed free throw and retaining the ball down five, Stackhouse’s squad retreated back on offense down seven with a raucous crowd buzzing after the dunk.

Just three minutes later—in the second half of the clip above—Vanderbilt once again failed to recover a rebound off a free throw. Wilson promptly slammed it home over Stute to put the cap on a brutal 13:30 for Stackhouse and the Vanderbilt Commodores who will need to bounce back on Saturday against Georgia.