Despite competitive offensive play from Vanderbilt, the Commodore defense underperformed on Thursday night. 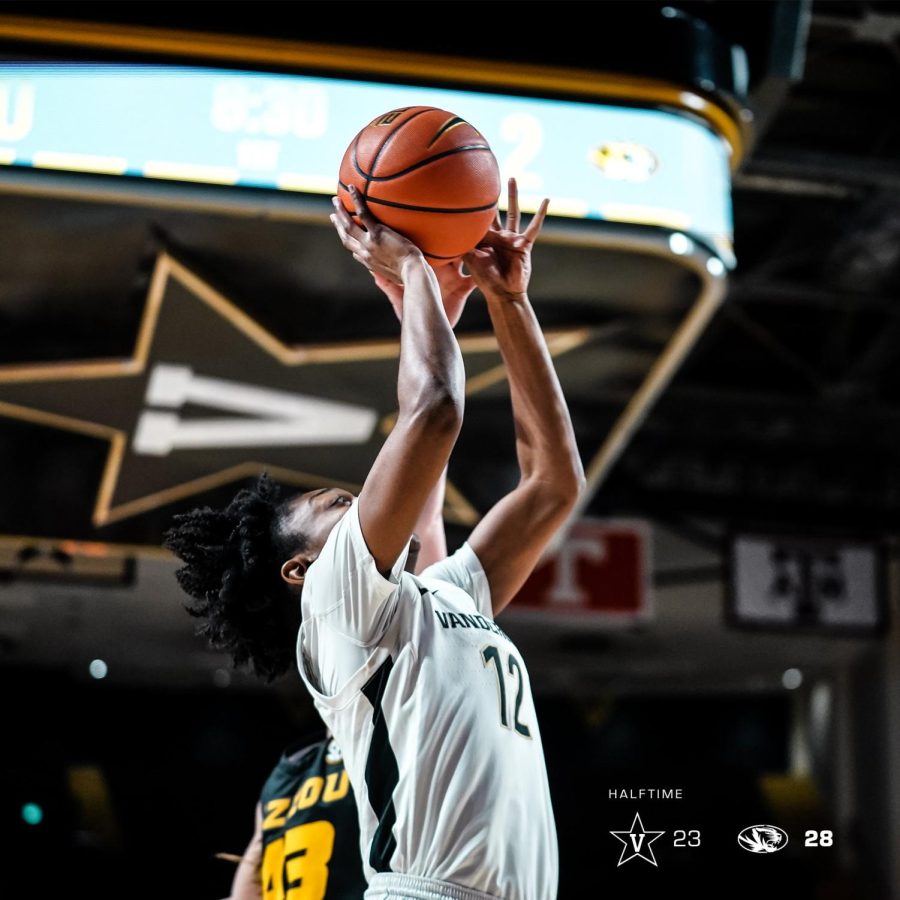 Coming off of a three-game losing streak, Vanderbilt was unable to climb back into the win column Thursday night as the Missouri Tigers edged out the Commodores 64-52. Unfortunately for Vanderbilt, Missouri’s offensive firepower proved to be too much to overcome, as they converted on nine 3-pointers, while Vanderbilt’s offense turned the ball over an alarming 18 times.

“It’s always disappointing because we try to win every game, but I was proud with how hard we fought,” head coach Shea Ralph said. “I though today, we took a big step in the right direction.”

Ralph’s Commodores came out of the gates with newfound energy, forcing Missouri to take uncomfortable shots. The Tigers shot 26.7% from the field in the first quarter, but Vanderbilt’s offense struggled to generate scoring opportunities as well. The Commodore offense looked slow at first, scoring only four points in the first five minutes of the game. With 4:23 remaining in the first quarter, Vanderbilt trailed Missouri 5-4 when star forward Kaylon Smith gingerly held her left shoulder in pain. Smith entered the locker room to be examined for her injury, but would return with 7:31 remaining in the second quarter. The first quarter ended with Vanderbilt trailing Missouri 10-9.

“We did turn the ball over too much,” Ralph said. “We gave up way too many open 3s. I thought on defense, we got exhausted and fouled when we should not have.”

Missouri began the third quarter on a tear, scoring four points in the first 40 seconds of play. Coach Ralph felt it imperative to call a timeout for the team to recuperate and stop Missouri’s momentum. The Tigers, although tamed for a moment, outmuscled the Commodores in the second half. In the third quarter, Missouri scored 23 points, 12 of which were scored in the paint. With just one quarter remaining, Missouri had a comfortable 50-38 lead.

“Basketball is a game of runs,” Smith said. “The third quarter was a little rocky for us and we will go back to the drawing board and turn things around.”

Vanderbilt would look to make a comeback in the fourth quarter, but Missouri continued to dominate. The Commodores fought until the clock hit double zeroes, but were ultimately silenced by the Tigers. Senior Brinae Alexander led Vanderbilt in the scoring column, with 19 points.

The Commodores will aim to break their four-game losing skid when they travel to Columbia, South Carolina, on Monday at 6 p.m. CST. The South Carolina Gamecocks are ranked No. 1 in the nation, have won 17 of their 18 games, and have scored 71.1 points per game, while their opponents have averaged 53.4 points per game.

“I’m excited for them [student athletes] to have an opportunity to go up against South Carolina,” Ralph said. “It will be a great chance for us to see where we are.”