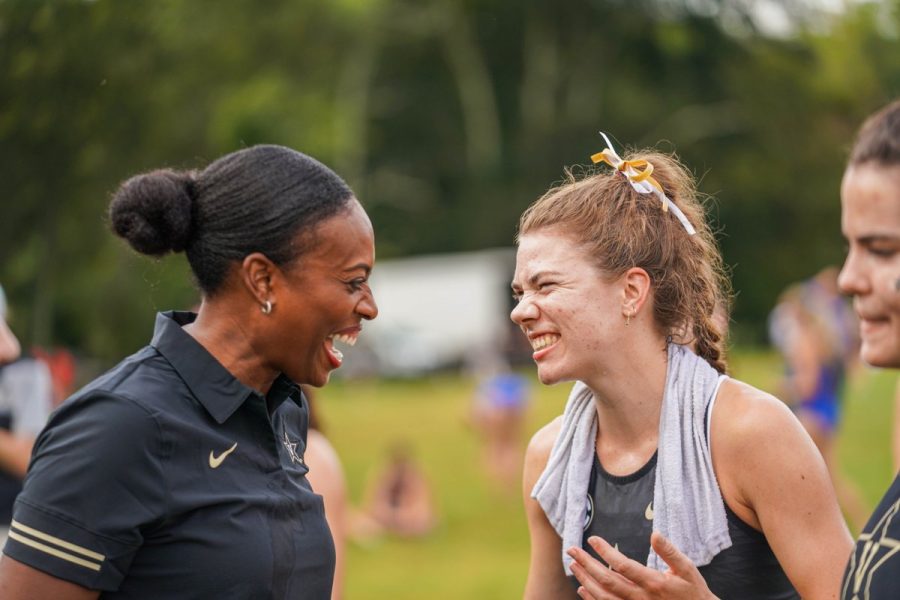 Vanderbilt’s women’s track and field team participated at the Commodore Challenge from Jan. 14-15, which marked the first test of competition of the indoor season. The team began their season on a high note with noteworthy performances from Divine Oladipo, Haley Bishop and Madison Fuller.

The Commodore Challenge was Oladipo’s first meet as a Commodore after she spent three years at the University of Connecticut and two years at Ohio State before coming to West End. The graduate student’s debut as a Commodore was historic, showing the nation once again why she is regarded as a consummate All-American shot putter. She went 17.92m (58’ 9 ½” ) in the shot put, which set a new Vanderbilt record breaking Leslie Vidmar’s record of 16.16m (53’) set in 1998.

“Her throw is one that will consistently be in the top three or four at the end of the season at the national championships,” head coach Althea Thomas said. “As a leader, as an upper-classman and as someone who is as polished as Divine who has competed nationally and internationally, [the broken record] does a lot with our team to help provide some vision.”

Divine wasn’t the only Commodore to break a school record this weekend. Sophomore sprinter Bishop ran her 60-meter sprint in 7.37 seconds, breaking the Vanderbilt school record of 7.51 seconds, which she previously held. Bishop’s time is ranked top-five nationally. Her teammate Fuller also excelled in the 60-meter dash, clocking in with a time of 7.51 seconds and a third-place finish.

“This year has been amazing to watch Haley grow,” Thomas said. “From my first day of practice to yesterday, she continues to raise the bar and she is showing that she can be a consistent contender to just show up and do what she is capable of doing. To break the school record twice and in the fashion she did it and with the time she did.”

The Commodores have only competed in one meet, but the team firmly believes that they can compete with any team in the country. Thomas sees the fire and skill of her student-athletes every day in practice, and the results of this weekend provided an integral lesson for the Commodores: they are capable of achieving many feats this season.

“As a whole, our ultimate goal is to contend for a conference championship,” Thomas said. “If we do that we will then be competing for points at nationals…We’re looking to raise our level in practice every day and then when the lights come on and when the meets start, being able to execute that in a competitive environment.”

Vanderbilt will look to build off its success from the Commodore Challenge moving forward. The Commodores will return to competition when they host the Vanderbilt Invitational next week from Jan. 21-22.