VSG announced in a Nov. 10 email that they will no longer refer to some buildings on campus by their slave-owner names and unofficially renamed them according to the types of classes they typically hold. 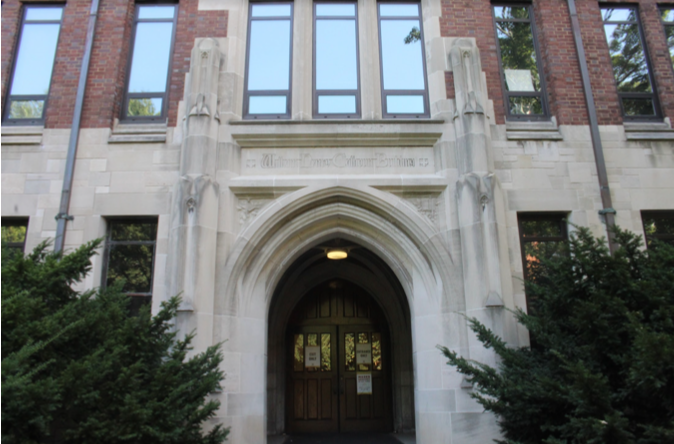 Vanderbilt Student Government (VSG) is in the process of forming a committee that will encourage the university to rename campus buildings that have slave-owner ties.

In a Nov. 10 email to the student body, VSG outlined Senate Bill 21-22-06 which allows VSG to refer to Calhoun Hall, McTyeire Hall, Garland Hall and Elliston Hall as the Social Sciences Hall, the International House, the Humanities Hall and Warren College Hall East.

Peabody Senator Ali Hussain, a sophomore and co-author of the bill, shared that the process for selecting the committee members will start in the beginning of 2022.

“[VSG is] working on a task force application that will be released next semester,” Hussain said.

This committee will build on progress made in 2019 when VSG passed a resolution calling for Calhoun Hall to be renamed. Student Body President Hannah Bruns, a senior, described the goals of the new committee and the importance of the renaming process.

“The older bill—the one I passed my first year—called on the university to create a task force, which obviously didn’t happen, so we used this new bill to make the committee ourselves,” Bruns said. “The task force will be responsible for researching names across campus and giving a recommendation to VSG on what actions to take moving forward.”

Vanderbilt stands by Chancellor Diermeier’s debrief with The Hustler where he provided an overview of the university’s process for evaluating the building names.

“We always look at names and opportunities for naming,” Diermeier said. “We also look at the symbols that are part of our history. That’s an ongoing process that we revisit from time to time. I like the idea that we are adding new recognitions. We recognize the pioneers that were trailblazers in their time, and we look for opportunities in order to recognize them in the future as well.”