Vanderbilt’s head coach met with the media to discuss the Commodores’ upcoming matchup against Tennessee. 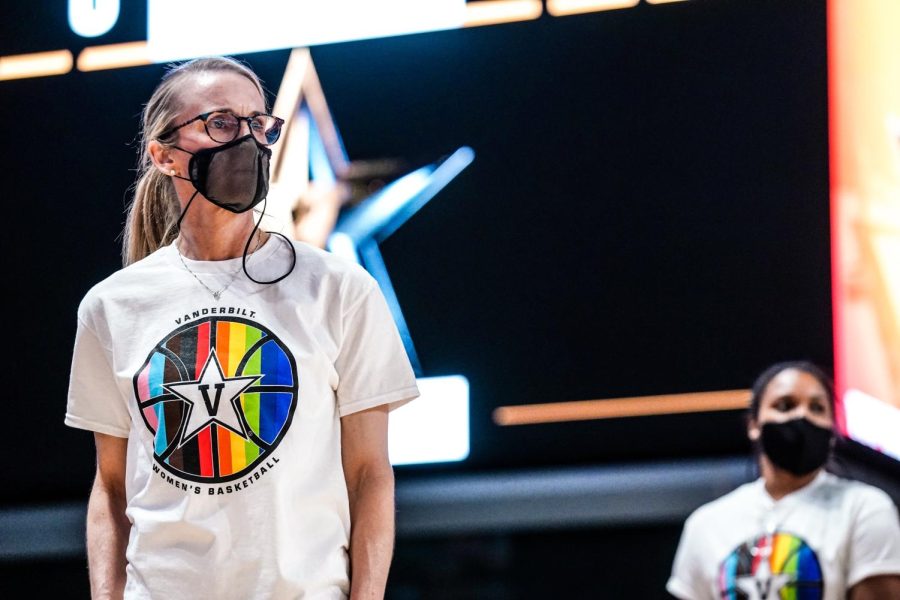 On Thursday night, Vanderbilt women’s basketball (10-6, 1-1) will continue with their SEC schedule at home in a rivalry matchup against the No. 5 Tennessee Lady Volunteers (15-1, 4-0). After a shaky start earlier in the season, the Commodores had won five games in a row before losing in their last game to Mississippi State. Head coach Shea Ralph addressed the media on Wednesday night to talk about the upcoming matchup.

Though it is her first Vanderbilt-Tennessee rivalry game as head coach, Ralph was quick to mention how she was preparing her team for the highly-contested matchup.

“Like I’ve told our team, from playing and coaching one of the things I’ve learned is to treat every game the same. The next game is the most important one,” Ralph said. “That way, when we become the team I think we’re going to be, they’ll know when we go into championship games that they don’t need to prepare or feel any differently. Every day we’ll prepare like a championship team. So while I know it’s an important game and a rivalry, I want our players to know we’ll continue to put our head down and do the work.”

Though Ralph was keen on keeping her team level-headed through the excitement of the rivalry game, the head coach did recognize the importance of the matchup, drawing on her own experience facing the Lady Vols as a player at UConn

“No games mean more than the other games, but I am really excited. We had our own rivalry when I played Tennessee at UConn, and I remember those games were hard-fought. Pat Summit was such a passionate coach, and you always knew her teams were going to come out fired up and do all the little things,” Ralph said. “I’m really excited for the opportunity to play tomorrow, and see how much better we got from last game, against a top-five team in the country like Tennessee.”

Ralph went on to talk about coaching against Lady Vols’ head coach Kellie Harper, who she faced as a player in college, for the first time. Now in her third year as the head coach, Harper has enjoyed great success with the Lady Volunteers program, with a career record of 53-19 coming into Thursday’s matchup.

“I’ve always admired her. She was a tough opponent as a player and she’s had an incredible coaching career,” Ralph said. “Even though she wasn’t the first coach to follow Pat [Summit], that’s not an easy job to take, after a legend. That takes somebody special. I’m looking forward to seeing her tomorrow and coaching against her.”

The head coach finished the media session with a discussion of how the team has grown from the early part of the season, and what potential lies ahead of them as the season progresses. The Volunteers will be Vanderbilt’s second ranked-opponent of the season following a nailbiting loss to No. 7 Arizona over Thanksgiving.

“I do think we’re getting there. It’s a process,” Ralph said. “Every deposit we make every day will be a withdrawal that we can take out. We’re learning what it means to be a great team, and we have to keep building.”

Though the Commodores will enter this matchup as heavy underdogs, they will have an opportunity to build on some early season success and show their potential moving forward. Tip-off for Thursday night is set for 8 p.m. CST at Memorial Gymnasium.