Despite a 2-10 season, Clark Lea has had a monumental offseason landing Vanderbilt’s best recruiting class since 2013 and making necessary changes on his coaching staff. 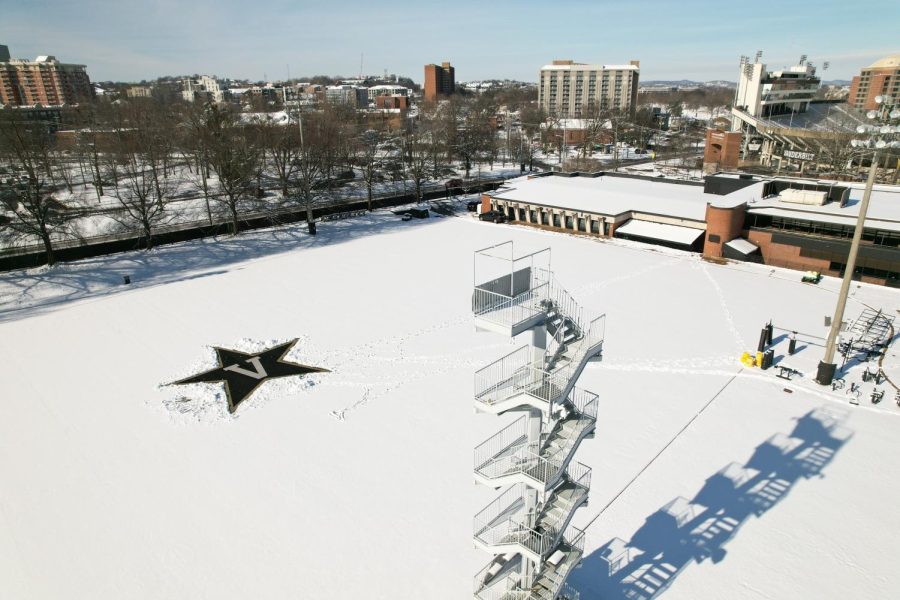 Clark Lea and his staff have had an impressive offseason (Vanderbilt Athletics).

Through an up-and-down 2-10 season in his first year as Vanderbilt football’s head coach, nothing Clark Lea has done in his tenure has been more impressive—or important—than the work he and his staff have done this offseason. Vanderbilt has improved in multiple aspects of its program over the past few months as Lea continues to set the foundation for what he hopes to build. And after a year of experience at the helm, he has positioned himself to facilitate that development.

“I’ve never been more energized for where we’re headed,” Lea said after the final game of the year against Tennessee. “I look at the guys in the room, I look at the nucleus of the team returning, I think about how much I know about what’s needed and where we need to strengthen, I’m so excited about where we’re headed. We have the opportunity for exponential growth this offseason.”

That’s not to say that everything Lea has done up until this point is meaningless, as that is certainly not the case. Year one and “Team One,” as the head man referred to them throughout the season, was about establishing his vision for the identity and culture of Vanderbilt football. And it was about improving on the field too.

Following a winless 2020 campaign, the 2021 iteration of Commodore football got off to a rough start, dropping a home game to FCS opponent ETSU. Vanderbilt did manage to eke out wins against Colorado State and UConn, but the real improvement came later in the season in SEC play.

The Commodores outplayed South Carolina in Columbia for 59 minutes before a late collapse. Then there were competitive second-half comebacks against both Missouri and Kentucky. In November, Vanderbilt’s offense went toe-to-toe with Ole Miss, gaining over 450 yards in Oxford. And throughout, sophomore Mike Wright emerged as a much-needed leader under center.

“This team has gotten better through the course of the year in tangible ways, and then in ways that are internal,” Lea said after the Ole Miss game. “Ways that are in our locker room that the team knows, but maybe no one else does. It’s a high-character team. It’s a team with a lot of fight in it.”

Yes, these contests in the SEC represented moral victories and not actual ones. But at a certain point it does come down to Jimmy’s and Joe’s, to steal an infamous postgame quote from former head coach Derek Mason. Lea knows this and, as such, recruiting has been a major emphasis of his offseason development plan.
MAKING NOISE ON THE TRAIL
“Just as I ask the team to change and grow, I too need to change and grow,” Lea said after his team’s season finale in Knoxville. “We need to find those areas we can focus on and apply more energy to that will allow us to close this gap. Part of that is getting bigger, faster, stronger; developing into the gap that exists. Some of that is recruiting.”

The biggest, and most important, storyline of the offseason for Vanderbilt has been on the recruiting trail. Lea and his staff inked Vanderbilt’s highest rated recruiting class since 2013 on early signing day in mid-December (247Sports).

Some of the biggest wins included keeping Darren Agu away from Tennessee and convincing local stars Langston Patterson and Grayson Morgan to stay home. The staff thrived under pressure late in the cycle, landing six commitments inside the top-900 at the tail end of the process. Overall, the class ranked 35th in the country and 13th in the SEC at the time—and has only improved since then.

On Saturday, Lea landed the crown jewel of the class, Georgia native Daniel Martin. Martin—who publicly committed to Vanderbilt at the Under Armour All-America Game—is a four-star linebacker who chose the Commodores over a final list that included Florida State and Oregon. The top-247 recruit also had offers from Georgia, Clemson, Tennessee and others. His commitment boosted Vanderbilt to the 31st ranked class in the nation, just five spots below where they finished in 2013.

Two of those late additions to the Commodore class were invited to All-American games around the country as well. Four-star quarterback AJ Swann impressed at the Under Armour All-America Game, completing 6 of 11 passes for 92 yards and Trudell Berry, a late addition to both the Vanderbilt class and the All-American Bowl, wowed at cornerback in practice drills.

In addition, Lea secured a commitment from Kane Patterson, brother of Langston. The older Patterson continued the trend of local talent in this year’s class. A transfer from Clemson, Kane was a four-star recruit out of Christ Presbyterian Academy (CPA) in the 2019 class. He, alongside Martin, will be expected to complement linebackers Ethan Barr and Anfernee Orji next season.

The job that Lea and his staff, namely general manager Barton Simmons, have done in recruiting cannot be understated. Recruiting is the lifeblood of any successful college football program, and by increasing the talent within the Commodore program, Lea has done his best work yet.

Further, there is a distinct emphasis on roster-building and uniqueness that emerged from Lea’s first class. For one, the staff clearly identified size as an important trait—this class features eight players listed 6’5” or above. Last year’s roster featured just 22 such players. In addition, Lea and his staff fought off legitimate Power Five interest for a majority of their recruits—especially impressive coming off of a 2-10 season.

Despite losing seven commitments throughout the cycle, Lea and company did some flipping of their own, elevating the talent level of their roster more and more as Early Signing Day neared. In December, Swann flipped his commitment from Maryland to give Vanderbilt its second quarterback in the class. Berry decommitted from Marshall after a visit to West End and promptly committed to Vanderbilt. Bradley Mann, a defensive end from Florida, backed off his Pittsburgh pledge and selected the Commodores over Indiana and Louisville. Safety Jadais Richard decomitted from TCU in November and Vanderbilt wrapped up the recruitment in December, despite interest from Louisville.  Following the dismissal of David Cutcliffe at Duke, Savion Riley opened his recruitment and quickly signed with the Commodores. And lastly, the staff outlasted Georgia Tech for BJ Diakete who committed to Vanderbilt, then decommitted, then ended up signing with the Commodores once again.
RETAINING TALENT
In addition to recruiting, Lea has been able to retain key staff members and players from Team One. After a tumultuous offseason the year prior that included the firing of Derek Mason and more than 20 players transferring out, the lack of attrition is a sign of the culture that Lea has already begun to establish on West End.

First off, Lea saw just 10 players enter the transfer portal from the 2021 roster, as compared to 21 defections from the 2020 roster. While there were some key losses—most notably receivers Cam Johnson and Amir Abdur-Rahman—Lea was able to retain important underclassmen at other premium positions. One of those being Ken Seals, who renewed his commitment to Vanderbilt after rumors of a potential transfer sprouted up late in the season as Wright took over as the starter at quarterback.

The impressive retention and infusion of talent that has characterized the roster this offseason has permeated the coaching staff as well. On Friday, the program announced that special teams coach Justin Lustig had been promoted to associate head coach after rumored interest from former head coach James Franklin and Penn State.

Lea also moved swiftly and decisively to address departures from those within his staff. Defensive line coach Inoke Brecketerfield left for the same position at Washington, while cornerbacks coach Lavar Morgan was elevated to defensive coordinator at his alma mater, University of Louisiana. Lea brought in two impressive and experienced hires to fill their roles in Larry Black (defensive line) and Nick Howell (defensive backs), again showcasing the strength of the culture that he is building in Nashville.

Black rated as the No. 2 ranked recruiter in the MAC in his previous stint at Toledo and worked with Lea at Notre Dame in 2018 as a graduate assistant. Howell comes to West End after having served as the defensive coordinator under Bronco Mendenhall at Virginia for the last six years.

In addition, Vanderbilt parted ways with David Raih following a shaky start to his career as an offensive coordinator. Raih had been demoted from his coordinator position to wide receivers coach before the season even began and was stripped of playcalling duties. The fact that Lea was able to move on from Raih after just one season, while difficult, represents another marker of progress within the program and an opportunity to add a new creative mind to the offensive coaching staff.

In sum, Lea has done more for Vanderbilt this offseason than anything he could have done in-season this year given the roster situation and nature of rebuilds in college football. But the impressiveness with which he’s attacked recruiting and maintained talent amongst his staff has exceeded expectations. It may still take years to translate into wins on the field, but Lea is building the beginnings of a foundation of a sustainable program. The development of the current roster over the next few months into next season will be key in ensuring that he is able to stack this year’s class with another quality one in the next cycle. If Lea is able to do that he just might be the one to get this ship on course for the Commodores.