Emily is still in Paris, but perhaps not for long 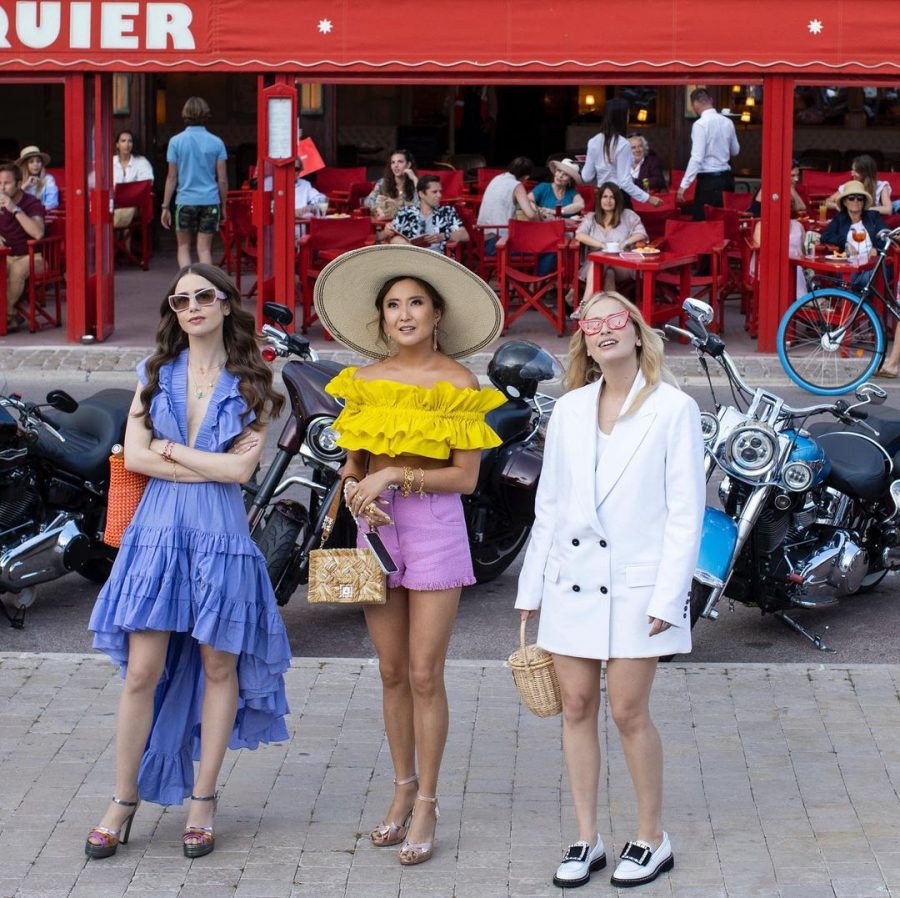 Netflix released the highly anticipated second season of “Emily in Paris” on Dec. 22, just in time to binge over the holidays.

ICYM season one: When the Chicago marketing group she works for acquires French firm Savoir, protagonist Emily Cooper (Lily Collins) finds herself moving to Paris for the year to provide an American perspective in the Paris office. Emily attempts to win over her colleagues—her boss Sylvie (Philippine Leroy-Beaulieu), in particular—while acquainting herself with French culture. Fortunately, Emily befriends Mindy (Ashley Park), another Paris transplant; Gabriel (Lucas Bravo), a local chef and her downstairs neighbor; and Camille (Camille Razat), an art gallerist who takes Emily under her wing and happens to be Gabriel’s girlfriend. Unfortunately, Emily only discovers Gabriel is dating Camille after kissing him. After trying to set aside their mutual feelings for the better half of season one, Emily and Gabriel sleep together after he decides that he is leaving Paris, and consequently Camille, to open his own restaurant. What was supposed to be a declaration of love and goodbye turns into trouble when Antoine (William Abadie), a Savoir client, offers to finance a restaurant in Paris with Gabriel as the head chef.

The writers picked up right where season one ended as Emily runs along the streets of Paris, distracted by the fact that she slept with Gabriel and now has to face Camille as both a friend and client, since Camille’s family owns a champagne company that Emily represents. While many recent shows write in a post-pandemic context with nods to the “lost year,” the writers chose to ignore COVID-19 altogether, given the immediate resumption of the show’s season one context.

Instead of coming clean to Camille or acknowledging what Gabriel wants, Emily makes it her mission to play matchmaker and get the couple back together, believing that will alleviate her guilt. She resolves to go on a romantic getaway with Mathieu Caudault, a minor love interest from the previous season and another client of hers, to Saint-Tropez. However, the trip ends before it even begins, as Mathieu rightfully refuses to be Emily’s second choice simply because she cannot be with Gabriel in clear conscience.

The most frustrating aspect of the Emily-Gabriel-Camille love triangle is that both Camille and Gabriel recognize problems in their relationship, but Emily—making the situation entirely about herself—convinces Camille that there is nothing wrong and that Gabriel wants to make amends instead of letting Camille move on. It is clear that Emily, who has put herself in a precarious situation, worsens the situation by lying to Camille and refusing to hear Gabriel out. Emily simultaneously puts herself in another love triangle when she falls for British expat Alfie (Lucien Laviscount) in French class while keeping Gabriel close despite his obvious feelings for her. The majority of the season revolves around Emily’s plea for Camille’s forgiveness, the restoration of a platonic relationship with Gabriel and a classmates-to-lovers arc with Alfie.

Thankfully, Emily and Mindy maintain a strong friendship as roommates. If it wasn’t for her support of Mindy, who gave up her job as an au pair to pursue a music career full time, Emily would go down as a worse friend than Carrie Bradshaw. This season, we also see Mindy get a storyline beyond her supporting role as she shines on stage and finds her own love interest. I was happy to see the development of her character beyond being at Emily’s beck and call, since minorities on television are frequently stereotyped or given minor supporting roles that are dependent on the main character—a grievance that’s parodied in “Isn’t It Romantic” and is finally changing. That being said, “Emily in Paris” isn’t exactly immune to stereotyping.

One of the biggest critiques of the show is its stereotypical portrayal of the French. With more jabs at how the French refuse to answer work-related questions outside of the office or have extramarital affairs, season two was no better than season one in this regard. The creators engage in the low-hanging fruit of punchlines and get away with it by having French actors stereotype the French and Chinese actors stereotype the Chinese. Should “Emily in Paris” be nominated for an Emmy? Probably not. Does it make for a lighthearted guilty pleasure? Absolutely.

I don’t deny that the show can be problematic, and perhaps creator Darren Starr could have consulted more French writers if aiming for authenticity; however, I don’t think that was his goal. The show is very much made by and for Americans, who, like Emily, romanticize France through an American lens. This is especially highlighted through the intentionality of the fashion choices by costume designer, Marylin Fitoussi, and costume consultant, Patricia Field.

Emily Cooper is more trendy than stylish with her love for blatant designer logos—which makes sense, as her character doesn’t understand luxury, though she desperately wants to, as is clear in her discourse with Sylvie in the episode “Masculin Féminin.” She is supposed to stick out among the effortless, unassuming Parisian style with her loud ringarde (basic) outfit choices. Even her perfect hair is in (and out of) character. Just as Emily butchers the softness of the French language and makes futile attempts to win over her colleagues by being aggressively nice, she tries too hard to attain the je ne sais quois quality of French beauty. The show’s hairstylist intentionally made her hair perfect because it represents the American interpretation of French beauty and style.

Similarly, Mindy’s wardrobe is flashy, with feathers, sequins and neon colors to represent that she is not a local. Through nuanced costume design and not so subtle cringe moments of “Emily in Paris,” the show makes fun of the American-in-Paris cliché. Especially with the onboarding of Emily’s Chicago boss “Mad Mad Madeline,” played by Kate Walsh, who is painfully gaudy.

When Madeline arrives, she replaces Emily as the annoying American outsider, unaccustomed to the ways of the French. This coincides with Emily’s integration in Paris as her language teacher finally praises her for her progress in conversational French. Her acceptance is cemented when it is finally clear that she has won over her French colleagues after an unexpected turn of events in the season finale, leaving her with a career-altering decision to make.

With a major life decision in tow and an unresolved romance (still!) with Gabriel, fans of the show are waiting for the greenlight on a third season.