Vanderbilt announced on Tuesday that it has signed head baseball coach Tim Corbin to a contract extension. 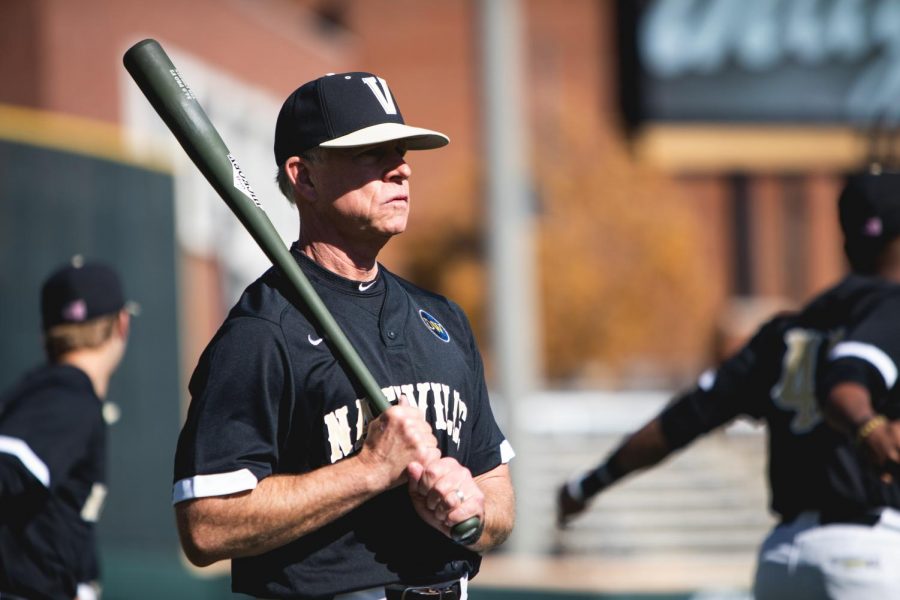 Vanderbilt announced Tuesday morning that it has reached an agreement with head baseball coach Tim Corbin on a contract extension. The upcoming 2022 season will mark Corbin’s 20th on West End after he took over the program in 2003.

“Coach Corbin and the VandyBoys continue to set an example for what is possible to achieve. They have set the bar high for Vanderbilt Athletics,” athletic director Candice Lee said in the release. “By offering student-athletes a world-class education and an opportunity to learn from one of the best leaders in sports, while competing in the SEC, Coach Corbin has forged college baseball’s preeminent program and a team that we are all proud to call our own. The VandyBoys are responsible for some of Commodore Nation’s greatest memories. I appreciate the investment that Tim and his wife, Maggie, have made—and continue to make—in our community. We are steadfast in our commitment to supporting them and the program for years ahead.”

Corbin has been instrumental in turning around a Commodore baseball program that saw little success before his arrival. He has led the VandyBoys to the NCAA Tournament in each of the last 15 seasons and finished two of those tournaments off with national championships (2014 & 2019).

“I am as grateful today for this position as I was when we began in the summer of 2002,” Corbin said. “This university has been so supportive of our program through the years, and all we want to do is represent Vanderbilt to the best of our ability to show our appreciation. We are extremely thankful to both Candice Lee and Chancellor Daniel Diermeier for their support and friendship.”

The skipper is Vanderbilt baseball’s all-time leader in wins with 802 and has led the Commodores to five College World Series appearances. Along the way, he has mentored MLB All-Stars such as David Price, Bryan Reynolds and Walker Buehler, World Series Champion Dansby Swanson and top-10 draft picks Jack Leiter and Kumar Rocker. Vanderbilt has had multiple top-10 MLB Draft picks three times under Corbin—the most of any school in MLB Draft history.

As recently as Dec. 20, his team was chosen as the No. 2 team in Collegiate Baseball’s preseason rankings. Vanderbilt begins its season on Feb. 18 when it hosts Oklahoma State.